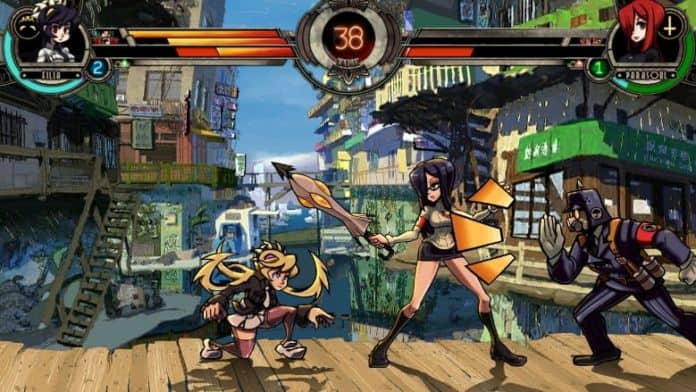 It’s Anime Expo 2018 and with that comes plenty of news and announcements. Earlier today, Skullgirls 2nd Encore was announced for Nintendo Switch. The developer, Lab Zero Games, originally released this enhanced version of Skullgirls Encore back in 2015 on the PlayStation 4, PS Vita, and PC.

The Skullgirls fighting game series has distinct and attractive anime art style to it but that beauty falls under the umbrella of scantily clad fighting women (which may or may not be an issue to some players). Its unique mechanics and systems are often praised as being a good game for beginners and veteran fighters alike.

The game features a really thorough tutorial that covers not just how to execute moves but when you should execute a move. Many consider Skullgirls a fighting game made for fighting fans due to its exhaustive training mode, ability to check an opponent’s connection prior to playing, and totally customizable button-mapping (just to name a few reasons).

The overview of the game is as follows:

Skullgirls 2nd Encore is a beautifully hand-animated, fast-paced 2D fighting game that puts players in control of fierce warriors in an extraordinary Dark Deco world. Each of the 14 wildly original characters features unique gameplay mechanics and plenty of personality.

With added single player features and the inclusion of all character DLC, 2nd Encore is the ultimate version of Skullgirls. Its established game systems have been tried and tested by veteran and casual players alike, making it the perfect fighting game for casual and competitive play. Casual players will enjoy the fully voiced story mode, gorgeous animation and soundtrack by Michiru Yamane, while hardcore players will appreciate its balance, cross-platform multiplayer, and support for PlayStation®3 system fight sticks.

This title will be right at home on the Nintendo Switch, which many people have joked is the PS Vita spiritual successor. And like any joke, there’s a layer of truth there. Fighting on the go and on the big screen will give Nintendo fans what Sony fans have had for years. There’s no word on an official release date yet but we’ll keep you posted.

Previous articleA Way Out Director’s Next Game In The Works for EA
Next articleStar Wars: Episode IX to Add Keri Russell to All-Star Actor Line-Up
Janet Garciahttps://www.youtube.com/channel/UCnfZ6eVYE4X2dzDixD5cNrw/featured
Janet Garcia is an editorial writer with bylines at IGN, Kotaku, and more. Her favorite genres are platformers, puzzle games, and simulators but in reality she spends most of her time playing FIFA tournaments in her apartment.