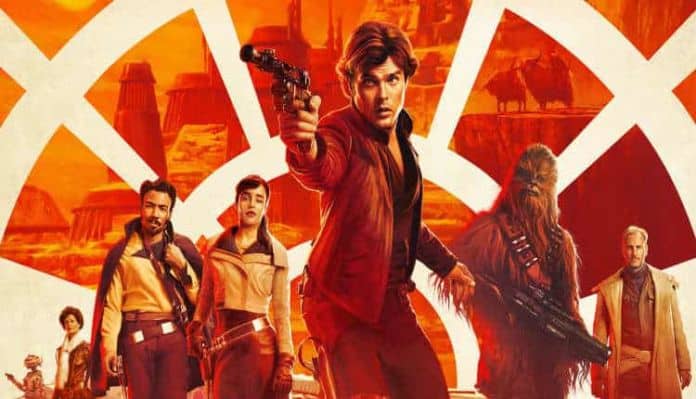 Star Wars is a franchise that has an unlimited potential to tell unique and thought-provoking stories. Rogue One was the first Star Wars film to release that was completely separate from the core entries and it delivered a harrowing look at the soldiers in these conflicts face.

This was a dark, somber story that proved to many that individual Star Wars movies could work. The latest solo outing ditches the dark tones for a more upbeat, funny, and straightforward story. Revolving around a young Han, Solo: A Star Wars Story  ends up being the weakest of the new Star Wars films.

Set an undisclosed amount of time prior to Star Wars: Episode IV – A New Hope, the story follows Han Solo just as he’s entering his life of crime. After joining Woody Harrelson’s shifty smuggler Beckett, Han and his new crew have to complete a heist in order to payback a dangerous gangster. Solo is filled with a ton of twists and betrayals, but if you’ve ever seen a crime movie then you’ll see many of them coming.

The film also suffers from pacing issues as both the first and second act seriously drag in some areas. It takes forever to get the actual heist going, but it’s the lack of an actual antagonist that makes Solo’s story feel empty.

Technically Paul Bettany’s gangster leader Dryden Vos is the main villain, but he appears twice in the entire film. His scenes are entertaining, but they are so scarce that you’ll probably forget all about Vos until the ending. It’s a shame too because Bettany’s performance shows a lot of promise, especially when compared to the random space pirates that keep showing up.

While we do learn a bit more about the pirates, they are also criminally underused. There’s no central villain that adds a sense of danger or even challenge. What’s worse is there’s a surprise reveal at the end that would have made an infinitely more engaging bad guy. 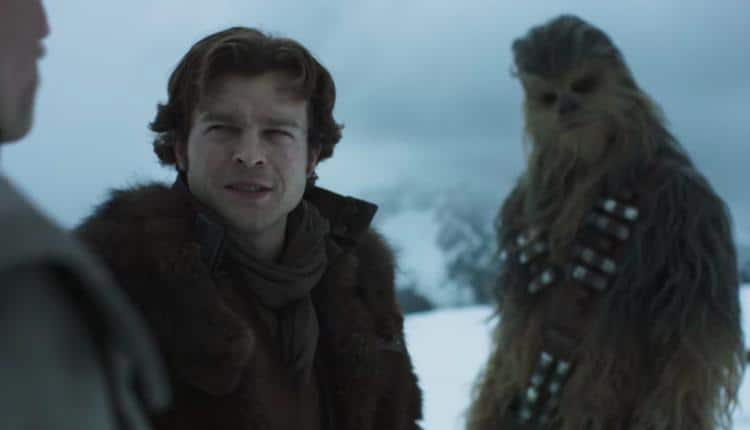 Solo: A Star Wars Story is largely about how Han got his stuff, met key characters in the lore, and became the captain of the Millenium Falcon. The movie never dives into the meat of the character outside of his relationship with love interest Qi’ra (Emily Clarke). Alden Ehrenreich does a good job with the material given, it’s just a shame that Howard never gives us more than a surface look at this famous smuggler.

There’s no doubt that Ehrenreich will be critically examined, but I found he brought a nice energy to the character. Even if he lacks the dangerous edge found in Ford’s version, Ehrenreich’s cocky, overly positive is a nice contrast to the jaded man Solo becomes.

Han’s mentor Beckett (Woody Harrelson) is pretty hit and miss throughout the movie. You can see where Han’s mentality comes from, but Beckett feels like a stock character that doesn’t add much to the overall story. Beckett mainly serves as a person to remind Han and the audience not to trust anyone, because everyone will betray him, and people are generally the worst. It’s exhausting at times and perfectly encapsulates how little Solo: A Star Wars Story trusts the audience.

Donald Glover’s Lando Calrissian is absolutely spot on and it’s immediately apparent why Disney wants to make a Lando solo film. Calrissian has some great scenes, but shockingly also delivers single most emotional moment in the film. His relationship with the droid L3-37 (Phoebe Waller-Bridge) is fascinating, despite the comical nature of the whole idea.

Just like K-2S0 in Rogue One, L3 is mainly in the movie for comical relief. Her fight for droid rights is entertaining and does raise questions about what free will means to these beings. However, like everything else in Solo, we only get a very small understanding of what this means. 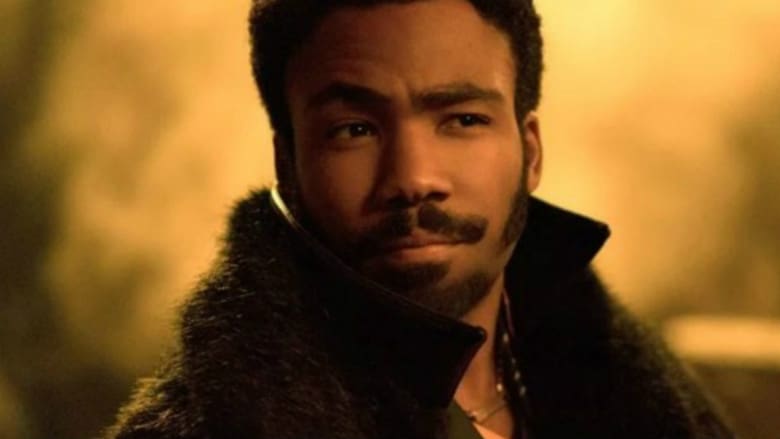 This doesn’t make Solo: A Star Wars Story a bad movie, just one that is afraid to leave its comfort zone. There are a ton of callbacks and even references to shows such as Star Wars Rebels, which is nice for those who are dedicated to the franchise’s canon. Solo has some great creature and costume designs that help flesh parts of the universe. I would have liked to see a bit more of the underworld, especially the different crime syndicates that the movie continuously brings up.

As for the action, all of the scenes are generally enjoyable and are pretty creative at times. Howard has a generally good eye for action and all of the set pieces are easy to follow. There’s a particularly entertaining moment that involves a train robbery, marauders, and Stormtroopers.

The famed Kessel Run is also a highlight of the film and probably one of the coolest chases in the entire franchise. If you’re going solely for the action and to see people fire lasers at one another, then you’ll have a generally good time with this movie.

The movie never aspires to be more than okay, with many of the character arcs, storylines, and emotional moments lacking weight. Even though the performances from the cast are all solid, there’s never any room for them to really explore who these people are. It’s a surface level film that is more concerned with the myth of Han Solo rather than the man himself. Ultimately, Solo is fun int he moment but completely forgettable once you leave the theater.

Previous articleState of Decay 2 Has Over 1 Million Players in 2 Days
Next articleMadden 19 First Details, Release Date