In South Park: The Fractured but Whole, Your Difficulty Level Determines Your Race 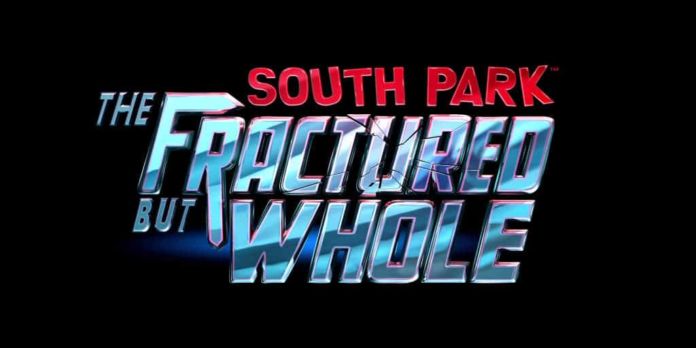 In what can only be described as an incredibly blunt and forceful use of social commentary, South Park: The Fractured but Whole doesn’t allow you to pick a race for your character. Instead, it changes the color of your skin based upon the difficulty level you choose in game. 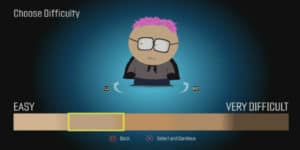 While creating your character within the prologue of the game, you’re tasked with choosing what difficulty level you would like to play at. As you adjust the slider from ‘Easy’ to ‘Very Difficult’, your skin color adjusts with it from white to black. As you can see from the image above, the darker your skin, the harder you’re choosing things to be for yourself.

The process is met with dialogue from Eric Cartman, of course. “Don’t worry” he says, “this doesn’t affect combat. Just every other aspect of your whole life.” What it actually affects, according to Ubisoft, is the amount of money you’ll have in the game and the way in which other characters react to you.

Later in the process you’ll be asked to choose your gender. An option that wasn’t available in South Park: The Stick of Truth. While speaking with your school’s counselor, Mr. Mackey, you’ll have the option to choose male, female or other for your character. Your character is the same that appeared in South Park: The Stick of Truth, so if you choose anything other than male the game is forced to adjust. It’s here that Mr. Mackey says “So the whole King and Stick of Truth thing, she was actually a girl the entire time?”

Once you choose a gender option, you’re then posited with another question: cisgender or transgender? It’s unclear how this affects dialogue options later in the game, but Mr. Mackey confirms the decision by agreeing: “It still tracks with The Stick of Truth, yes it does. She was definitely a girl the whole time. Yes of course. I get it.”

One thing is for sure, and in just the early stages of the game – South Park: The Fractured but Whole doesn’t pull any punches. And nor would we want it to. The game releases for PlayStation 4, Xbox One and PC on October 17th.

South Park: The Fractured But Whole
Available on Xbox One, PC, PS4

Previous articleSuicide Squad 2 Has Found Its Writer And Director
Next articleThe Witcher 3 4K PS4 Pro Version Coming Soon
Jeff Scott
Growing up a 90's kid, Jeff found his love for gaming during Nintendo's heyday. Because of that, you could (perhaps sadly) call him a "Nintendo Fanboy" to this day.