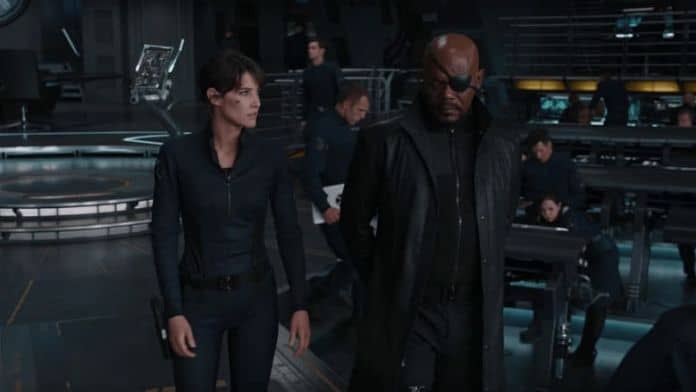 Spoiler ahead for the events that take place within Avengers: Infinity War. For three characters that are supposedly dead, it sure sounds like these are poised to be three globetrotting ghosts. Reports circling the web today are indicating that Spider-Man: Far from Home has added Samuel L. Jackson’s Nick Fury and Cobie Smulders’ Maria Hill to its cast.

The last time we saw Fury and Hill was during the post credits scene of Infinity War. As half of New York City’s denizens were turning to ash, Fury and Hill were furiously attempting to get a message out to Carol Danvers’ Captain Marvel. We haven’t seen the character yet in the Marvel Cinematic Universe, but the post credits scene was to setup Danvers’ MCU introduction. Marvel’s Captain Marvel will star Brie Larson in the titular role when it lands in theaters this March.

If the core founders of the Avengers in Steve Rodgers’ Captain America and Tony Stark’s Iron Man find their way out for one reason or another, upper management could be looking for new blood to take over. It would be no surprise if Marvel were to want to hand that mantle to one of their brightest stars in Tom Holland’s Spider-Man. Nick Fury seems like an obvious choice to help pass the baton down to the young Peter Parker, much like he recruited Stark in the initial Iron Man.

We won’t have to wait for May’s Avengers 4 or July’s Spider-Man: Far From Home before we get to see Jackson’s Nick Fury again though. Captain Marvel will be a period piece set in the 1990s. A younger Nick Fury will be present, and Agent Phil Coulson makes his return to the MCU following his “death” in the first Avengers. It’s rumored that we’ll be seeing exactly how Fury lost his eye within the movie as well.