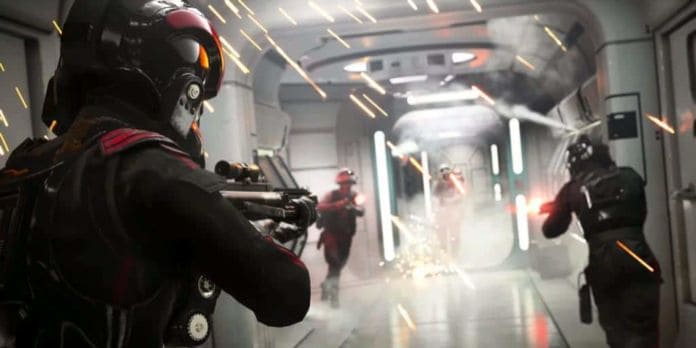 In a brief interview with Press Start, Motive’s studio producer David Robillard spoke about the single player campaign of Star Wars: Battlefront II. He states that they aimed for a 5-7 hour campaign, explaining that this was “a good amount of time” that wouldn’t force the story or gameplay to “be drawn out.” 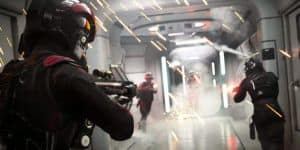 Robillard wanted to focus on “the Star Wars fantasy that the players are going to experience” and not anything that would take away from that. Judging by the most recent trailer for the game, the single player campaign will be an exciting roller coaster of nostalgia (meeting old friends of the original trilogy) and new perspectives.

We’ve never seen a story on the Empire side of the war, Star Wars narratives are usually fairly focused on the Jedi. To see a soldier of the Empire as the main character we’ll be rooting for will be interesting.

If you find 5-7 hours a bit short, then rest assured that there will be a story-related DLC. Whether or not it will be free is up in the air, according to Robillard. It greatly depends on the reception that the single player campaign receives. This could go either way; if we think it’s great then it might be free, or that means there’s enough interest to warrant charging for the DLC.

In the meantime, the 5-7 hours can probably be extended if you get caught up grinding or on a side quest or two. The length and how much fun it will be depends on your play style. If you’re a completionist, then you can probably get 8 or more hours out of it.

But as it is, EA probably wants to focus on the multiplayer mode and keep people playing the game there. If this is true, it would explain why there is no season pass for Battlefront II, all maps and characters will be free as they come out – adopting a kind of Overwatch model, if you will.

Previous articleELEX Review
Next articleMiddle-earth: Shadow of War Review
Rhys Pugatschew
Rhys found his love of gaming in Zelda and expanded to almost all genres. He will be bringing you the latest news in the industry. He has worked for ZeldaInformer and CheatCC, happily writing his opinions for all see!