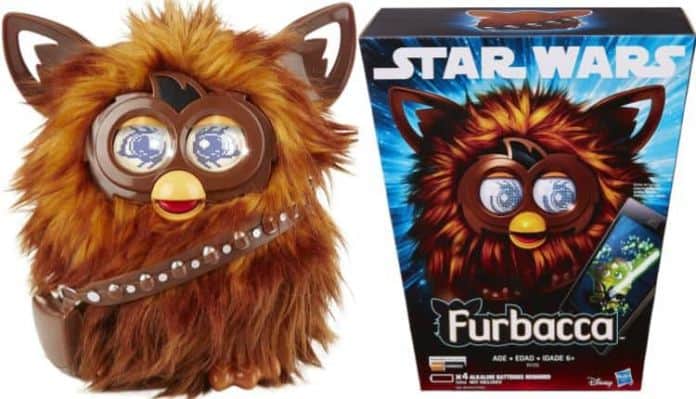 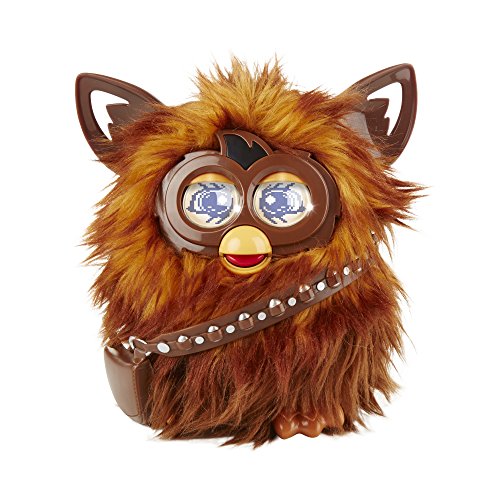 Just when you thought fads from the 80s are finally good and gone, Disney and Hasbro team up to create the ultimate Furby and Star Wars combination: the Furbacca. This little guy is made in the likeness of Chewbacca, the famous companion of Han Solo. The Furbacca even has the same bandolier worn by Chewie.

According to the product description, this isn’t a regular bandolier either. It doesn’t hold ammunition for blasters, instead it holds eggs that will hatch into “Furby friends from the Star Wars universe.” This occurs in the associated app only, where you can collect Han Solo, Princess Leia, and Darth Vader Furbys.

The app appears to include a few games you can play with the Furbacca, through a series of commands. You can give your Furbacca a virtual shower and fed it treats.

Unlike the older versions fo Furbys, this one has digital eyes, pixeled black and white ones. They change into a variety of expressions, always in reaction to motion or touch. There are often graphical representations of various iconic Star Wars ships, like the X-Wing Fighters and Star Destroyers. The Furbacca can speak Wookie, sing, dance, and mimic eating noises. It stands at 8.9 inches tall, including the ears.

Furbacca does not come with batteries, so make sure you find four double A batteries to go with it. Priced at $56.90 USD, this Furbacca can do quite a bit for a reasonable price.

Admittedly, this Furbacca is a little less scary than the Furbys that came out initially after the movie. That said, there’s no getting the movie out of your head. It will haunt your dreams forever, so be sure to give this to someone who hasn’t seen the 1984 film.

They can continue to live in the sweet bliss of thinking that Furbys are just Hatchimal knock-offs. If your kids are really into interactive toys, than this is sure to be the highlight of Christmas gifts this year.