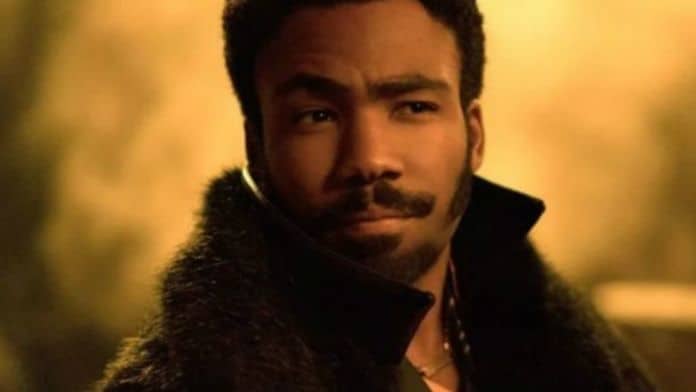 News began popping up of late that the next movie from the “A Star Wars Story” brand of films would headline none other than Donald Glover’s Lando Calrissian. The hype came fast, but it was apparently all for naught. It appears that confirmation of Star Wars Lando was a mere mistranslation from a foreign reporter. 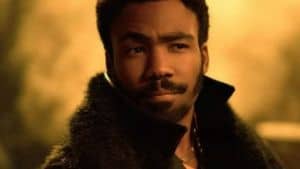 “We think that the next spinoff will be dedicated to Lando Calrissian. Of course, there are still many stories to tell about Han and Chewbacca but Lando will be next.”

The quote seems straight forward. The next Star Wars spinoff will be about Lando Calrissian. However, Lucasfilm reps quickly squashed all of these stories and confirmed Kathleen Kennedy never said any such thing.

Premiere France has since adjusted their article due to the immense backlash they’ve received. They’ve now updated their piece to state the following:

“Following the publication of our article, Lucasfilm informs us that there would have been a misunderstanding between our journalist and Kathleen Kennedy. ‘We would love to tell a story about Lando Calrissian one day, but it’s not relevant, it would be fun to tell the story of Han and Chewie …’”

Representatives later confirmed the mistranslation to i09, with the rep stating “[Kennedy] said it’s something she’d like to do one day in the future.” So while Lucasfilm isn’t confirming it’s the next spinoff film coming, it’s certainly a story the studio is interested in telling.

Solo: A Star Wars Story is hitting theaters on May 25th. And while the movie is getting decent reviews, everyone seems to be absolutely glowing in regards to Donald Glover’s performance as Lando.

It’s almost a no brainer to give the character and actor combination of Lando Calrissian and Donald Glover a shot at headlining a movie sometime down the line. That being said – where the hell is our Obi Wan/Ewan McGregor movie, Lucasfilm!