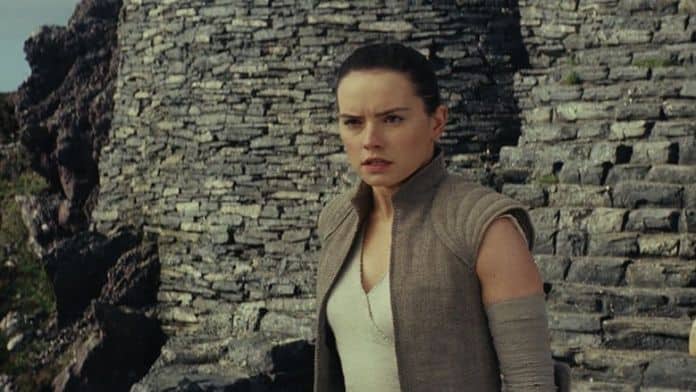 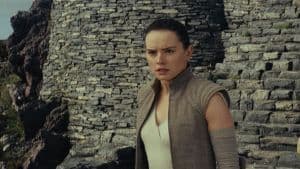 Star Wars: The Last Jedi will be a polarizing movie. From the first minute it’s clear director Rian Johnson is aiming to tell a different tale within this universe.Gone are the very familiar trappings and style we witnessed in The Force Awakens, with Johnson’s own unique vision taking the spotlight. This is a very different movie and while there are a few minor stumbles, The Last Jedi is a fantastic entry in this saga. We will be avoiding spoilers in this review outside of story set-ups, so don’t expect us to dive extremely deep into every tiny detail here.

Set directly after the events of The Force Awakens, the Resistance finds themselves pursued by The First Order’s fleet. Finn (John Boyega), Poe (Oscar Isaac), and newcomer Rose’s (Kelly Marie Tran) story revolve around them desperately trying to figure out a way to escape the enemy fleet. Meanwhile, Rey (Daisy Ridley) is desperately trying to convince Luke Skywalker (Mark Hamill) to join their cause in hopes that he can help can act as an icon for others to rally behind. As for Kylo Ren (Adam Driver), he is still struggling with accepting his future after murdering his father in The Force Awakens. There is also a brief story detour involving Rose and Finn that takes them to an intergalactic casino in search of something.

What’s surprising about Star Wars: The Last Jedi is how well paced the movie feels. Despite being two and a half hours long, the film rarely slows down to the point of tedium. The Last Jedi is very focused on diving into who these heroes and villains truly are. Johnson does a masterful job of exploring the psyche of both Kylo and Rey. He strips them of the arbitrary “good” and “bad”  monikers, offering a more nuanced exploration of what drives these characters. It’s fascinating to watch unfold, with Kylo’s character arc being the most compelling to see unfold. Yet, the movie almost never loses its foot, as action scenes are perfectly placed throughout to help pump more energy into the film. It’s a fine line to walk, but Johnson fantastic script helps keep The Last Jedi firmly on track. 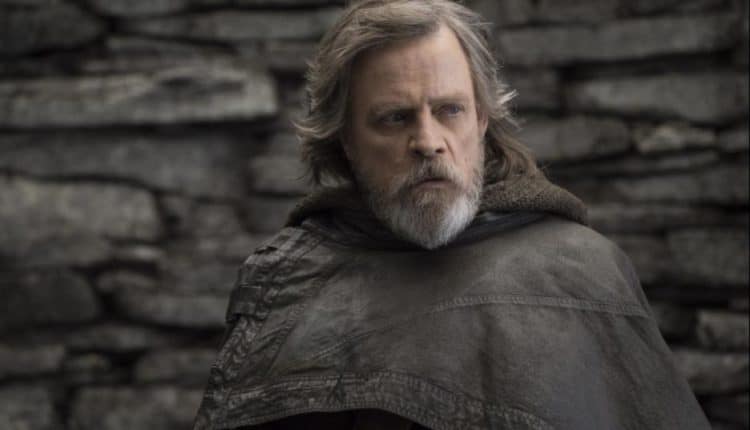 However, the movie does suffer a bit in the second act when Finn and Rose head off to that casino. Visually the place looks fantastic, but you can tell Johnson extended this sequence just to show off another cool location. This is fine, but the overall plot does suffer a tad from this section of the movie going a bit longer than needed. Poe also gets some much-needed character development, but he does get shoved a bit to the side during the second act. As for the villains, Hux (Domhnall Gleeson) does a commendable job with what little downtime he has and Snoke (Andy Serkis) is still sadistically evil. Captain Phasma (Gwendoline Christie) gets shoved to the side /again/ and really doesn’t do much for the vast majority of the movie. It feels like Phasma is meant to be the new Boba Fett, where she looks cool but ultimately doesn’t do a whole lot in the story.

The character everyone undoubtedly will be talking about after this movie is Luke Skywalker. Hamill has always been fantastic in this role, but his take on an older more jaded Skywalker is genuinely engaging. It’s jarring to see such a familiar icon become bitter at the world he’s in, but it works beautifully in the context of the movie. His thoughts on The Force, the Jedi, and failure as a teacher add a lot of emotional weight to the future events. While the excellent writing helps, it’s Hamill’s amazing performance that really sells Skywalker’s turmoil. Ridley has great chemistry with Hamill and there are some fun echoes of when Luke was training with Yoda in The Empire Strikes Back.

Leia (Carrie Fisher) serves a much bigger purpose this time around and Fisher owns this role once more. Outside of one scene early on that feels forced, Leia’s interactions with the rest of the cast is a treat to watch. There’s a lot to be said about Fisher after her passing, but it’s clear that she poured her heart and soul into this role. 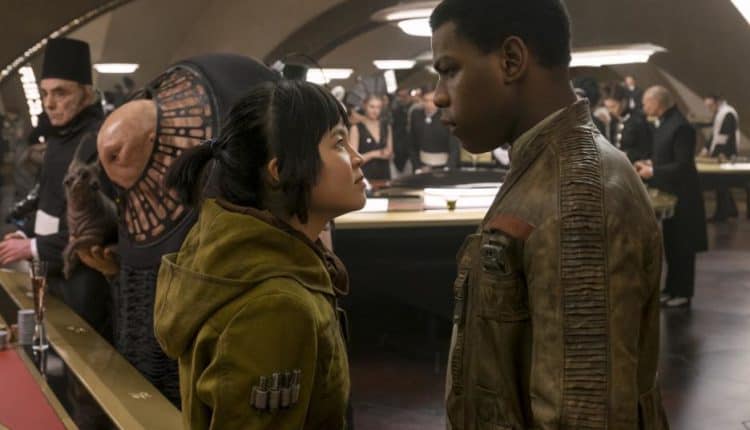 In general, performances are strong across the board but Driver steals the show this time around. There’s been a lot of criticism chucked at the actor for Ren’s childish mentality, but he surpasses these complaints by the end of the movie. From his aggressive lightsaber stance to his inability to accept loss, Driver has done a remarkable job with bringing Ren to life. Kylo will always draw comparisons to Darth Vader, but that’s the entire point of his character. He struggles with trying to fill the shoes of his grandfather and everyone he works with knows it. It’s this unseen weight on his shoulders that really sells Kylo as dangerous by the end of the movie.

Star Wars: The Last Jedi’s action is thrilling and surprisingly refreshing for a series that now spans eight movies. Johnson has a great eye for editing and composing battle sequences, while still staying true to the WWII influences that stemmed some of the original movie’s dogfights. There is also an amazing lightsaber duel that had me in awe and stands as one of the coolest scenes in the entire series. There is also a surprising amount of humor in The Last Jedi, which is both great and a detriment to the movie itself. Jokes and Star Wars are nothing new, but The Last Jedi does add a few more than needed into the script. Even though the movie never reaches Marvel levels of humor, there are a few moments were funny quips ruin the tension in a scene.

When it comes down to it The Last Jedi is a Star Wars movie that takes a lot of risks. It’s a movie that will divide both hardcore and casual fans alike. However, this sense of adventure and newness kept The Last Jedi from ever being anything short of an entertaining experience. There’s no doubt that this will be one of the most dissected and talked about films in the entire series. Yet, Johnson has done a remarkable job with the material and I’m even more excited to see where this trilogy ends. Also, Porgs are an intergalactic treasure and we need to protect them at all costs.