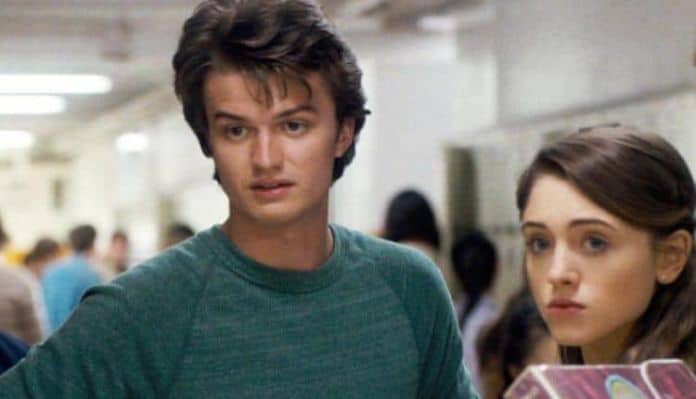 Netflix announced on Twitter today that Stranger Things will be returning for a third season. Though the creators have mentioned that they have planned the show to last until season four, Netflix has yet to green-light the last season. 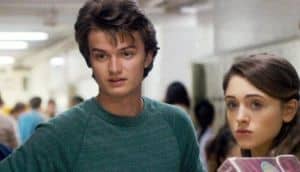 The announcement came after a quick poll to see who wanted the series to be renewed. This was of course met with an overwhelming response, to which Netflix stated “for the love of Steve, duh. So hold tight baby darts — season three is officially happening.”

Hopefully season three will answer a few questions that have been there since season one. The demogorgon reproduction cycle, for example, or why Will is coughing up demogorgon larva, and most importantly, what the large shadow in the sky is supposed to be.

Some critics have even accused Eleven of being the villain in the end, though I think that is entirely unlikely. She is too liked a character to be disposed of in such a way. Stranger Things has a tendency to address the usual horror and movie tropes in unique and often welcome ways. As such, Eleven will not be a villain.

It is easy to tell that there is something more going on in Stranger Things than either season has let on thus far. There is more to the Upside-down than just al alternate universe where the demogorgons live. There is more to Eleven’s opening the first gateway and why the demogorgons are able to make such gateways themselves with apparent ease. There also needs to be a reason why each exit out of the Upside-down is shot like birthing, membrane and fluid included.

Most importantly of all, it would be interesting to see where the story goes with Eleven’s abilities. On one hand, she is just a child with enough trauma to successfully erase whatever childhood she may have had. On the other, she might have the ability to put an end to Hawkins’ misery with the Upside-down once and for all.

What would you like to see answered in Stranger Things Season 3? Where do you think the show will go after season two? Let us know in the comments below!