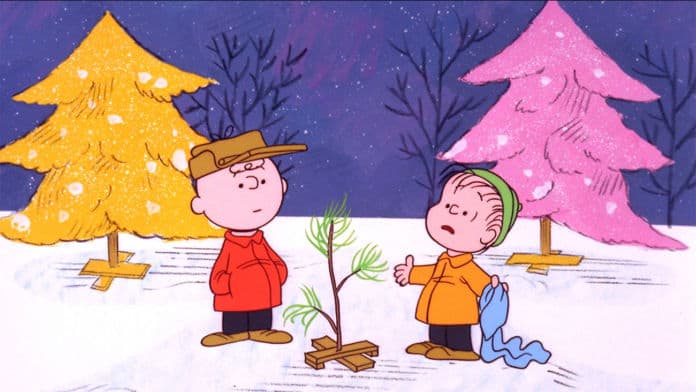 Since its original air date in 1965, A Charlie Brown Christmas has remained one of the most loved Christmas classics of all time. Featuring the Peanut Gang from their popular comic strip, this twenty-five minute TV special is full of lighthearted laughter along with a deeper insight into the true meaning of Christmas.

Not everyone enjoys having their Charlie Brown time scheduled for them by the television networks. We get it, you’re busy, you’ve got plans, you make your own schedule! Don’t worry, we’ve got your streaming options covered below.

You can rent A Charlie Brown Christmas online via Google Play for $3.99 or you can buy the digital download for $14.99.

You can stream A Charlie Brown Christmas on iTunes for $3.99, or secure your own digital copy for $14.99.

Vudu gives you the option to rent A Charlie Brown Christmas for $9.99.

Is A Charlie Brown Christmas on Netflix?

Unfortunately, A Charlie Brown Christmas is not available to stream on Netflix.

Is A Charlie Brown Christmas on Hulu?

The Show was not Expected to do Well

A Charlie Brown Christmas was originally sponsored by Coca Cola and aired on the television network CBS. Despite its eventual success, the animated TV special was almost scrapped midway through production. Both Coca Cola’s ad agency and CBS itself were displeased with the pre-screenings and the show was scheduled to be aired once in order to fulfill their contractual agreement, and then taken off the air for good. Luckily, things turned out a bit better than expected.

Over 50% of Households with TVs Tuned in

Despite the network’s opinion of the Peanuts first animated TV special, A Charlie Brown Christmas was universally loved by the American audience. In fact, over 50% of households with television sets were tuned in during the premiere. Because of this unexpected success, CBS aired the Christmas Classic every year until 2000 when ABC took over the rights to the program.

It All Started as a Simple Ford Commercial

Charles Schulz, creator of the original Peanuts comic strip was originally hesitant to the idea of his work being transformed into an animation. Eventually, he allowed Ford Motors to use his characters for an advertisement which was animated by Bill Melendez. Schulz was so pleased with the result that he allowed Mendez to work on the Christmas special as well. With just five days to complete the script and six months until the air date, the two were just barely able to squeeze the show through production.

Fake aluminum Christmas trees had become incredibly popular during the 1960s since they were easy to set up and had no sharp needles or sticky sap to worry about. However, almost immediately following the premiere of A Charlie Brown Christmas households began to switch back to live trees. Perhaps some people truly did learn the true meaning of Christmas just like Charlie Brown and refused to decorate a fake tree.

Many of the Voice Actors were Actually Children

While young characters are often a part of animated shows, most of the voice actors who played these roles were adults. However, Schulz insisted that the voices of the Peanut Gang should match the age of their characters. He got his way and a number of children were cast as voice actors, some as young as 4 years old. This was quite unusual for the time and a few of the kids even had to be recited their lines before takes since they were unable to read the script themselves. Since the Peanuts were really only known as a comic strip at the time, Schulz put a great deal of thought into creating the right feeling for their transition into animation. Subtle details like the jazz soundtrack that was aimed to appeal to both kids and adults began to give the Peanut gang their true identity on screen.