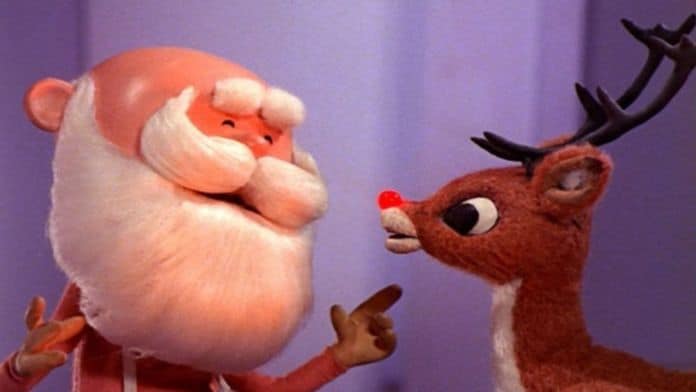 Rudolph the Red-Nosed Reindeer had a very shiny nose…okay you get it, I don’t have to sing the whole song. This movie is based on those lines.

This children’s song is one that we all have come to know and love. In the movie, Rudolph has decided to run away due to the bullying of his nose. Soon he joins up with an elf named Hermey, who wants to be a dentist.

The two go on an adventure that collides with an Abominable Snow Monster and a gold miner. They overcome the Abominable Snowman and find their way back with Santa, who needs help delivering Christmas presents. Just like the song, Santa uses Rudolph’s red nose to help guide the way in the fog. Afterward, Rudolph is accepted by all.

Here’s everything you need to know about how to stream Rudolph the Red-Nosed Reindeer this holiday season:

You can rent Rudolph the Red-Nosed Reindeer online via Google Play for $3.99 or you can buy the digital download for $14.99.

You can stream Rudolph the Red-Nosed Reindeer on iTunes for $3.99, or secure your own digital copy for $14.99.

Vudu gives you the option to rent Rudolph the Red-Nosed Reindeer for $9.99.

Is Rudolph the Red-Nosed Reindeer on Netflix?

Unfortunately, Rudolph the Red-Nosed Reindeer is not available to stream on Netflix.

Is Rudolph the Red-Nosed Reindeer on Hulu?

It may seem that Rudolph is all-American but it actually turns out that the stop-motion film was created in Japan. The creators of the movie, Rankin/Bass decided Japan was the best location for their stop-animation film. Once they received the footage they need, they got their audio in Canadia. According to Mashable, it seems that Rudolph is not so American. Another interesting fact, Rudolph was actually voiced by a female. According to IMDb, Rudolph was voiced by Billie Mae Richards.

Rankin/Bass took a whole 18 months to complete this film. Not only did it take 18 months, but it also took 22 different rooms for different size sets. The set was shot in an old engine test facility. It was said that it took 24 frames to create one second of film so if the movie is 47 mins total than that means that it took over 67,680 frames to create this whole movie. No wonder it took a year and a half. And that is not including the audio that they had to capture halfway across the globe.

At the foot of mountain Wakakusa, there is a national park called Nara. This national park in Japan is home to thousands of deer. Nishikata Film Review says the two head animators of Rudolph took a 10-hour train ride to spend two days studying the proper movements of deer. There are over thousands of deer in Nara National Park so they had lots to look at. This allowed the animators to get the animations as accurate as possible.

There is a grand total of 42 creatures throughout the film. They include 1 Abominable Snow Monster, 2 rabbits, 2 raccoons, 1 fish, 2 owls, 2 squirrels, 3 birds, 3 polar bears, 3 seals, 5 dogs, and 18 reindeer. All the characters actually had joints in them to help move and create real-life movements. These movements included: hands, feet, eyes, and mouth. According to Mashable, the puppets were not made to last forever so delicacy was used for all. Gloves were worn to make sure they were handled with proper care.

Many people thought the elf that joined Rudolph on his adventures was called Herbie. However, the actual name of the elf was called Hermey. According to Mashable, there was a marketing mishap when merchandise came out with a misunderstanding of his name as Herbie. Rankin and Bass acknowledge this and addressed his name is Hermey. Cool fact about Hermey is that he is the only elf that does not have pointy ears. According to Mental Floss, Will Ferrel’s character Buddy, in ELF was based off Hermey’s costume.