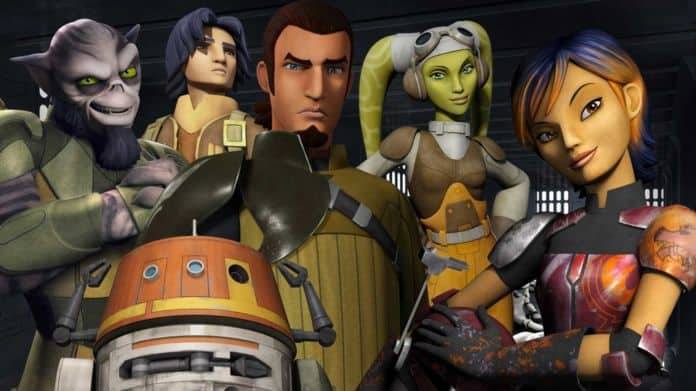 The Christmas season may come with a small price – cold weather, heavy snow, runny noses, snowballs in the face – but with it comes the gift of movie streaming. The perfect weather to hibernate in your home under the blankets, with a hot chocolate, eggnog, or hot toddy, and catch up on all that television and movie watching the nice weather had been keeping you from.

Fortunately for all of us, the Star Wars universe is the gift that keeps on giving! Star Wars Rebels, the series gifted to us at the close of The Clone Wars, is the perfect animated show to binge on while we await the return of spring (and even more Star Wars movies!). With 75 episodes running at least 22 minutes a pop, there’s no shortage of lightsaber waving fun to be had. Here’s how to stream Star Wars: Rebels right now and where to stream it:

How to Stream Star Wars: Rebels on Disney Plus

With Disney Plus launching on November 12th, you can now stream Star Wars: Rebels right on Disney Plus.

Congrats — you’re now watching Star Wars: Rebels on Disney Plus. You can also download it to your device for later!

Is Star Wars Rebels on Netflix?

Unfortunately, Star Wars Rebels is not available to stream on Netflix.

What is Star Wars Rebels About, Exactly?

Star Wars Rebels takes place five years before Star Wars: Episode IV A New Hope, and fourteen years after Revenge of the Sith. The imperialist forces of the Galactic Empire must be stopped from spreading its evil power any further after occupying another remote planet and ruling over its people. The series follows a crew of rebels that live upon the starship Ghost. The rebels include orphan Ezra Bridger, who masters the use of the force, Jedi Kanan Jarrus, a Twi’lek pilot named Hera Syndulla, Sabine Wren, Garazeb “Zeb” Orrelios, and Chopper. The rebels take on the evil empire and eventually form the beginnings of the Rebel Alliance. The rebels are the universe’s only hope!

So Many Familiar Voices

A nice bonus added to the series is the appearance of some familiar faces like C-3PO, Darth Vader, Yoda, and Lando. An extra added bonus is that the original actors – James Earl Jones, Frank Oz, Anthony Daniels, and Billy Dee Williams – were all brought on board to voice the animated versions of themselves.

The show premiered as a one-hour movie special entitled, Star Wars Rebels: Spark of Rebellion. The series explores a number of new characters and incorporates several familiar faces from the original Star Wars trilogy and The Clone Wars. The 3D CGI animation is inspired by the original concept art by Ralph McQuarrie (who has also done some amazing work on Battlestar Galactica, E.T. The Extra-Terrestrial, and Cocoon).

It received high praise – on Rotten Tomatoes, it appears 100% of critics have given the series positive reviews. The series has been nominated for numerous accolades and has won five major awards. Each season has premiered with a movie that segued into the short episodes. Star Wars Rebels has inspired many spinoffs including three novels, several comic book series, and a video game. Many of the characters are playable in the video games Disney Infinity 3.0, Angry Birds Star Wars II, Lego Star Wars: The Force Awakens, Star Wars: Galactic Defense, Star Wars: Force Arena and Star Wars: Galaxy of Heroes. And both Ghost and Chopper appear in the later film, Rogue One: A Star Wars Story. 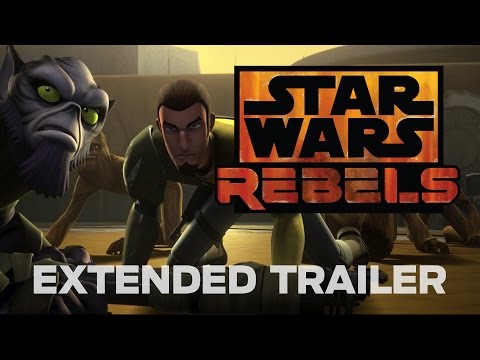