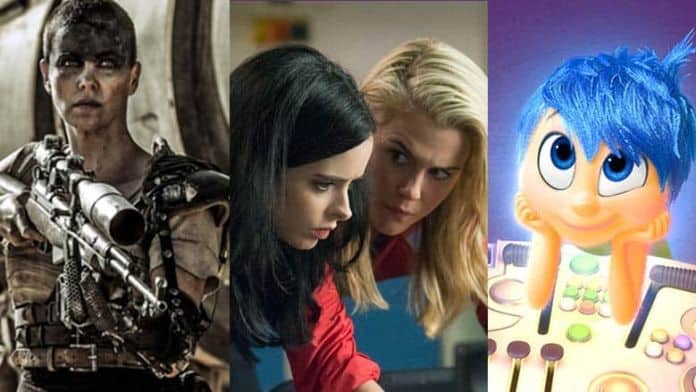 Between multiple Marvel movies, convention-hopping, and binge-watching new Netflix shows, we’ve all been in nerd heaven when it comes to having strong female characters to look up to.

One thing I’ve noticed about all the great content recently is that there has been a wealth of excellent female characters. Women are being portrayed as increasingly varied, interesting, and complex. They’re taking over the small screens with shows like Agent Carter, Sense8 and Supergirl, and even taking the lead in major franchises like Star Wars. 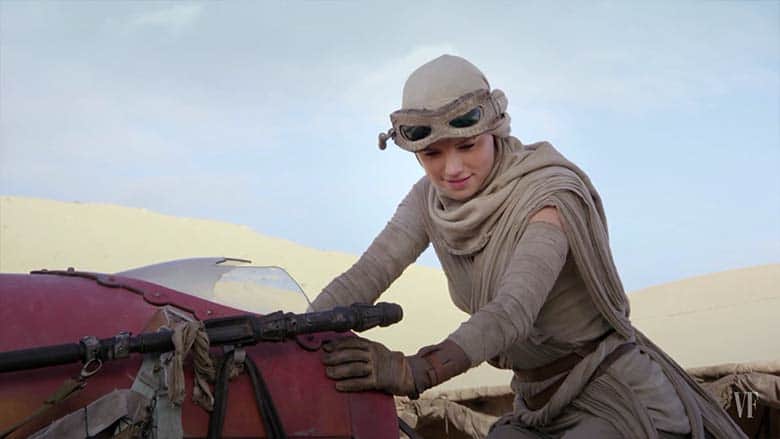 Rey is the Star Wars character all us ladies have been waiting for. In a movie already being compared to A New Hope, Rey is the Luke Skywalker equivalent. She’s complex, badass, and incredibly talented — someone figuring out how to use the Force pretty much on her own? And that person is a woman? This is a happy fever dream for every Star Wars fan who lamented the slim pickings of female representation in the franchise thus far. Rey is set up to be the star moving forward, and we couldn’t be happier about it. 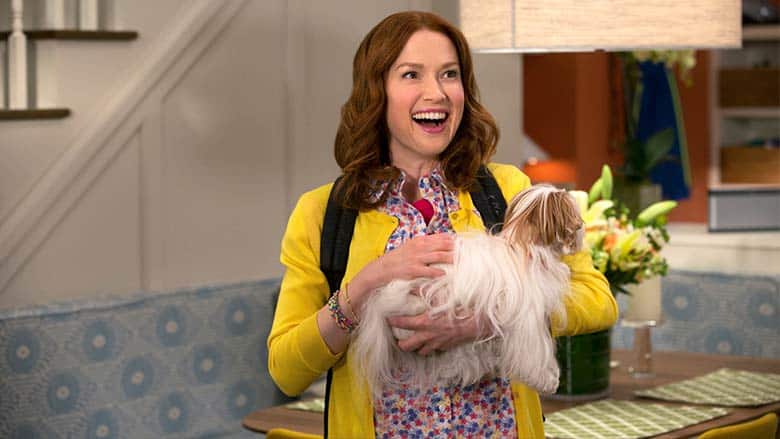 Oh, Kimmy, how do I love thee? Let me count the ways. Earnest, resourceful, and (of course) strong as hell, Kimmy leaped onto the screen and into our hearts. I spent most of March humming her theme song and searching for adult-sized light-up shoes. Despite being held captive in an incredibly stressful situation for years, Kimmy has retained her sense of self and her love of the world. No matter what, she finds a way to make life wonderful and gave us some of the most solid advice we’ve received this year: take everything ten seconds at a time. (Runner up: looking at yourself with Hashbrown: No Filter.) 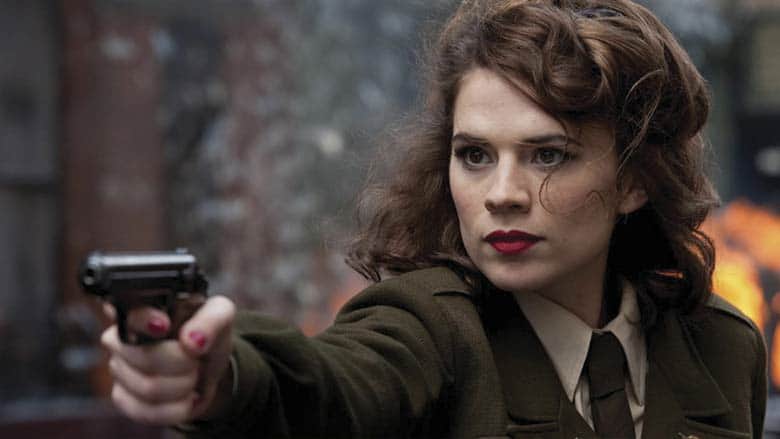 While not strictly a new character due to her appearance in Captain America and flashbacks in Agents of S.H.I.E.L.D., Peggy Carter finally received her own show in 2015, and it was so fantastic that we had to include her. Peggy is incredibly competent, staying one step ahead of her fellow agents in the SSR and saving the day. She treats even those who are rude to her with incredible grace and has the ability to best them in a fight as a backup plan. Hayley Atwell was able to make the character truly develop in only eight episodes — I can’t wait to see what season 2 will bring. Peggy Carter is one of the best Marvel female characters. 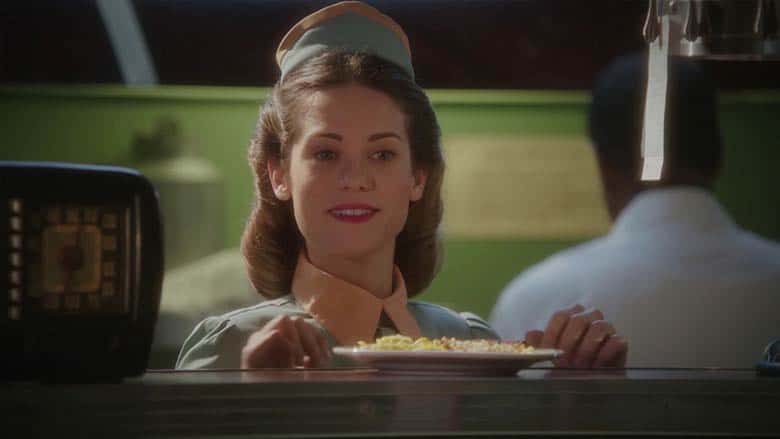 Peggy wouldn’t have gotten through her mission to prove Howard Stark innocent if it hadn’t been for Angie Martinelli. From helping Peggy find a place to live to giving the performance of a lifetime to prevent the SSR from discovering their MIA agent, Angie’s humor and sensible nature give Peggy a solid bedrock of support. She lends a nice comedic element to what is often a rather serious show and is a precious cinnamon bun to be protected at all costs. 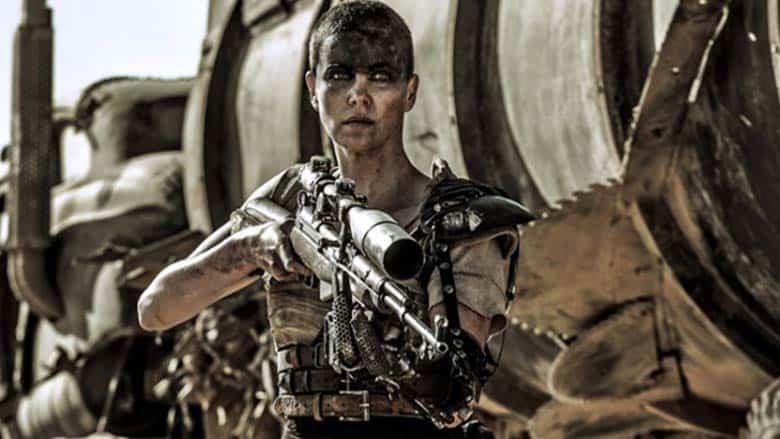 Charlize Theron’s Imperator Furiosa was the runaway hit in Mad Max: Fury Road. While the movie was technically about Max himself, Furiosa was far and away the true hero. She is a true feminist, intent on protecting the women (and men) around her and doing a damn good job at it! Furiosa drives much of the action, besting everyone with only one arm and receiving the honor of taking out Immortan Joe and saving the day. Imperator Furiosa was one of the most interesting female movie characters of the year, which is why she belongs on this list. 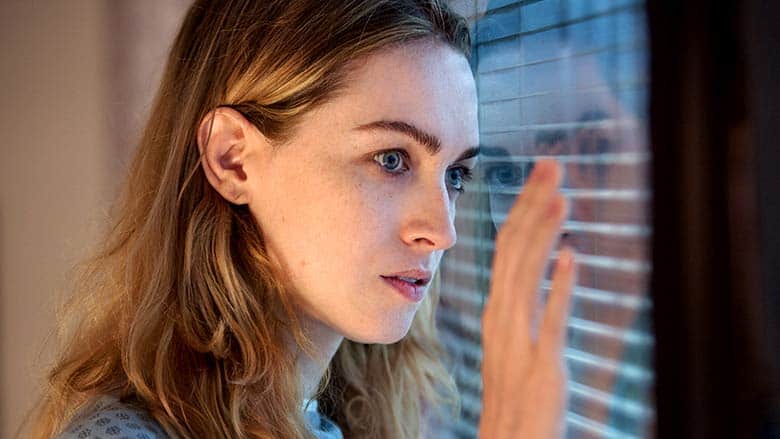 Political blogger and hacktivist Nomi has the sort of security in her self-identity that many of us wish we could have. She knows exactly who she is, what she wants, and what she stands for — and she stays loyal to it, even when the going gets tough. Nomi’s skills are incredibly vital to all the sensates, opening up access to places in incredibly creative ways. (Honorary mention goes to her badass girlfriend, Amanita). 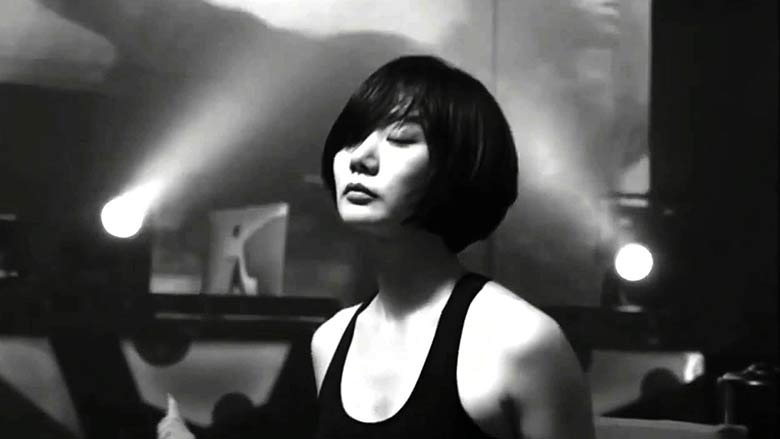 Where Nomi does much of the behind the scenes mental work, Sun’s skills are firmly in the physical world. She has incredible control over her body and her mind. Intelligent and loyal, Sun is even willing to go to prison for the sake of her family and the company they worked to build. She is highly skilled in martial arts, taking down multiple men without a single ounce of hesitation. Her calm demeanor also anchors the other sensates, some of whom can be very emotional. Yet somehow, she’s one of the most badass female characters on this list. 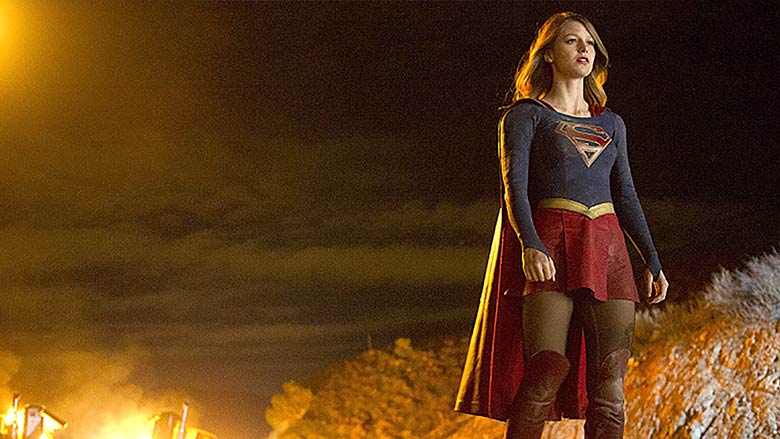 I will admit that despite being more of a Marvel fan, I am unabashedly in love with Kara and CBS’ Supergirl. Kara is a character truly driven by the need to help people — I would certainly say that she would be Sorted into Hufflepuff. Juggling her job at CatCo with her superhero work with the DEO is no easy feat, but Kara (for the most part) pulls it off with aplomb. She has proven to be as selfless as they come and just as good a hero as her cousin Superman, even if she sometimes feels the weight of his shadow. In fact, we believe she’s fueling the rise of TV’s female heroes that we’ve seen in 2015. 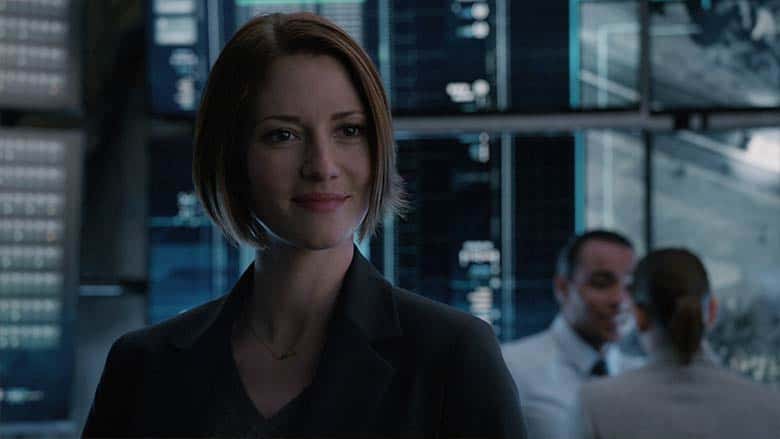 Alex Danvers is more than just Supergirl’s adoptive sister. She is a bioengineer, a skilled markswoman, and is an expert at hand-to-hand combat. Although Alex is initially against Kara working as Supergirl, she eventually comes around and works to support her sister. Sharing her martial arts knowledge, she shows Kara that you can’t simply rely on powers- you must work hard to develop every skill you have. 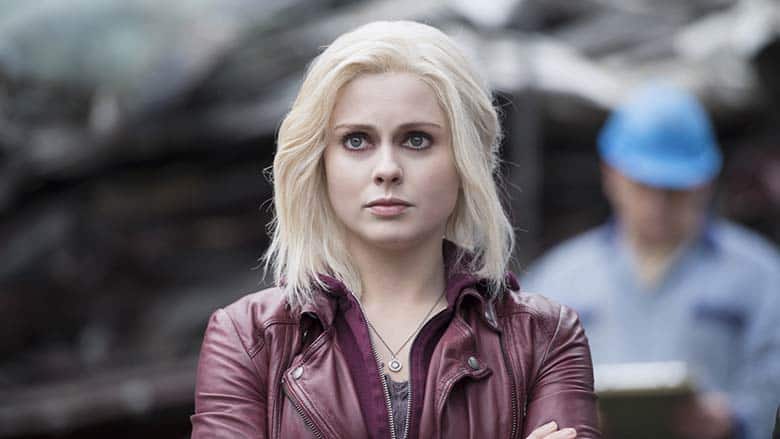 One can argue that Liv Moore got the short end of the stick. Others may argue that her punny name destined her to life as a zombie. A promising medical student with a perfect life and wonderful fiancée, Liv’s run-in with a zombie leaves her undead and changes her trajectory profoundly. Somehow she still manages to pick up the pieces of her life and carve out some semblance of normalcy well, as normal as life as a zombie can be. Her perseverance and determination to help others is admirable. Working at the morgue allows her access to brains, and the strange aftereffects and visions allow her to help get justice for those who did not get a second chance as she did. 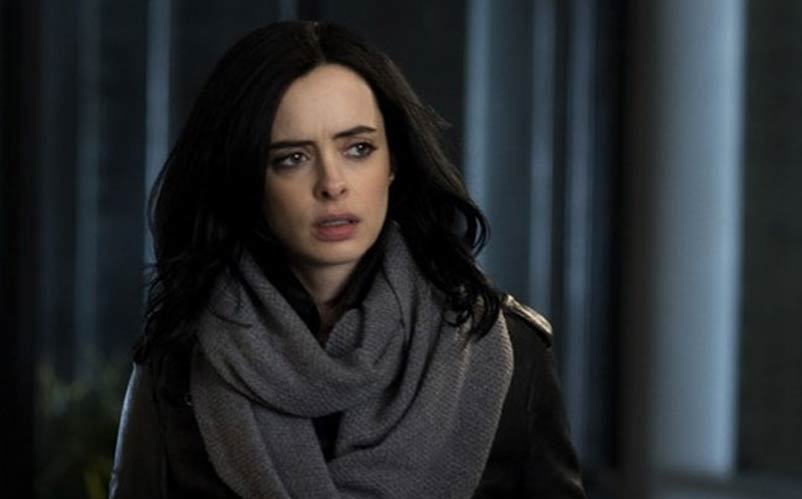 There is no world where this list wouldn’t include Jessica Jones. Her story sucked me in so much that I binge-watched the entire first season in two days. (Usually, I take a much more sedate pace of around a week.) Jessica’s story is one of triumph — dealing with physical and mental rape and somehow managing to pick herself up and come out on top. She is acerbic and barbed the majority of the time but allows herself to let down her guard a little around those she cares about. Jessica is the quintessential knight errant who may not always make the best choices for herself but does her best to make good decisions for others. 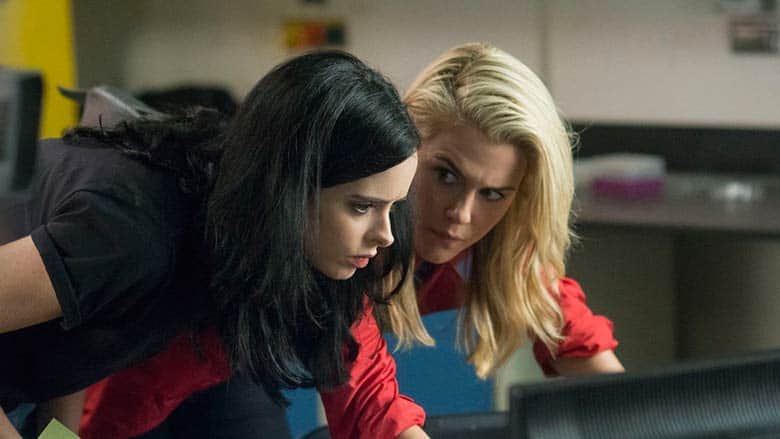 As with Peggy and Angie, Trish provides the perfect counterpart to Jessica. Where Jessica is prickly and hides away from trauma, Trish does the opposite: she maintains her positive attitude and works her ass off to protect herself by upping her security and learning self-defense. Trish is often the driving force for Jessica, having been the first person Jessica worked to protect and the one who pushes her to go after Kilgrave. Like many of the ladies on this list, her intelligence and loyalty make her a fantastic character worthy of this list despite playing a supporting role. 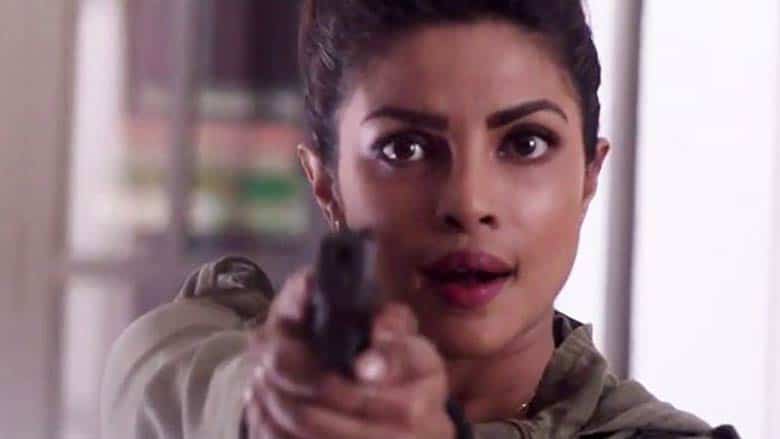 Okay, so this may not be the nerdiest of choices. However, Alex Parrish is one of the strongest female characters currently on tv. She is arguably the most intelligent of the crème de la crème at Quantico, talented at physical combat, and is on track to become one of the FBI’s finest agents. Someone is working against her, and I’ve found her race to prove herself innocent of a terrorist bombing to be fascinating and only a little predictable. 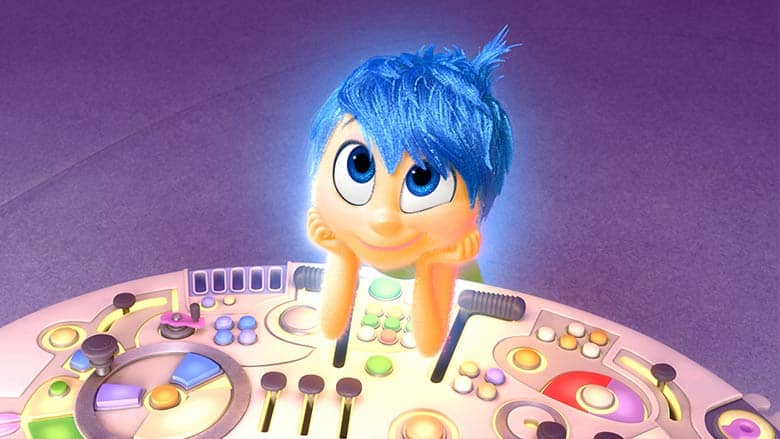 Joy is pure happiness. Her literal purpose in life is to make a little girl happy — what could be better than that? She saw the opportunity in any challenge but ultimately proved that she had a lot to learn when it came to letting other emotions take the reins. She eventually got it, realizing that joy is much more poignant and beautiful for having experienced other emotions, not reduced by them, which is just one of the many reasons we loved Inside Out. 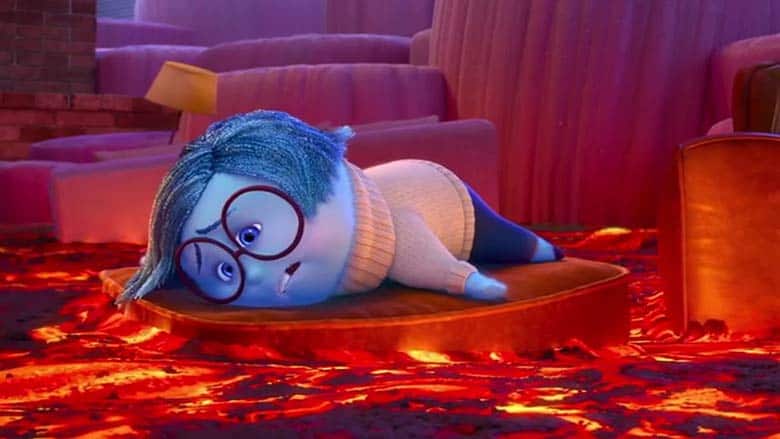 Oh, Sadness. You plucked every damn heartstring I have. Seen through Joy’s lens, Sadness is initially regarded as annoying and unhelpful, fit only to be placed in a corner reading information on brain function. However, throughout her and Joy’s journey through Riley’s brain, she proves that she is invaluable. Sadness not only contains a vast wealth of knowledge on how Riley’s brain works but also has knowledge of how to handle the difficult emotions. Incredibly compassionate and understanding, it is Sadness who helps Bing Bong get past his grief and keep everyone moving back to headquarters.

Sound off in the comments what other fantastic strong female characters we missed in nerd culture.