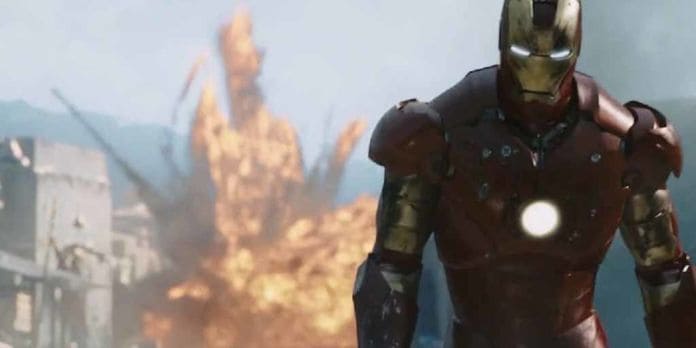 For some, the start of summer is signaled by warm weather, school ending and long, leisurely days.

For me, and many of you reading this, it isn’t summer until a mammoth superhero movie has hit the multiplexes.

The first weekend of May has May Day, Star Wars Day and Free Comic Book Day surrounding it, but it’s also the traditional start to the summer movie season. And for the past decade straight, plus some here and there, the season has opened with a highly anticipated superhero flick.

There are great ones, good ones, unremarkable ones and a few that may be downright bad.

In anticipation of Guardians of the Galaxy Vol. 2 opening the 2017 summer season this week, here is the rundown of summer superhero openers from worst to best. 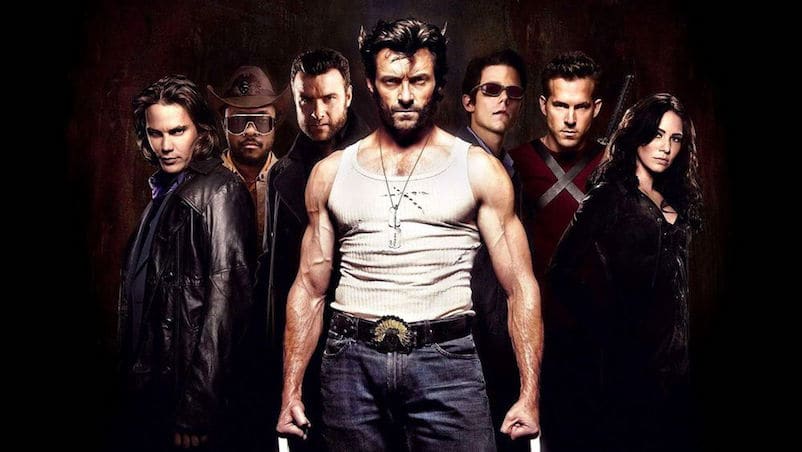 X-Men: The Last Stand didn’t leave the X-Men series on solid footing in 2006 but did anyone think the franchise would actually sink further for the next entry?

Thus was the case for X-Men Origins: Wolverine. Meant to give the audience more of what they wanted from the series — namely more Wolverine — the movie ended up giving us mostly stuff we didn’t want, like weak plotting, neutered action, mutant overload and a muzzled “Deadpool.”

Despite Hugh Jackman being great as ever in the role and the beneficial presence of Liev Shreiber as Sabertooth, it wasn’t enough to keep from recognizing that the movie was a rushed, obligatory entry in a dying franchise that didn’t do the character justice. 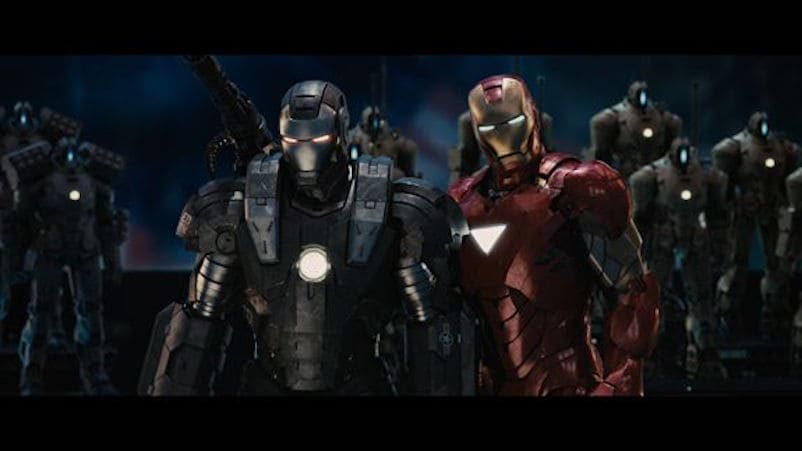 Speaking of obligatory, Iron Man 2 sought to replicate the success of the original film without any real story progress being made. Tony Stark learns to be less of an ass, finds out he’s dying and then goes back to being a bigger ass because it’s what people liked from the first one? Dumb.

Robert Downey Jr. is great as ever, with he and newcomer Sam Rockwell getting in some great zingers improvised in the loosely written sequel. But the villains are majorly underwhelming or annoying, and the setup for Avengers is forced.

But hey, that battle with Iron Man and War Machine teaming up was pretty sweet, right? 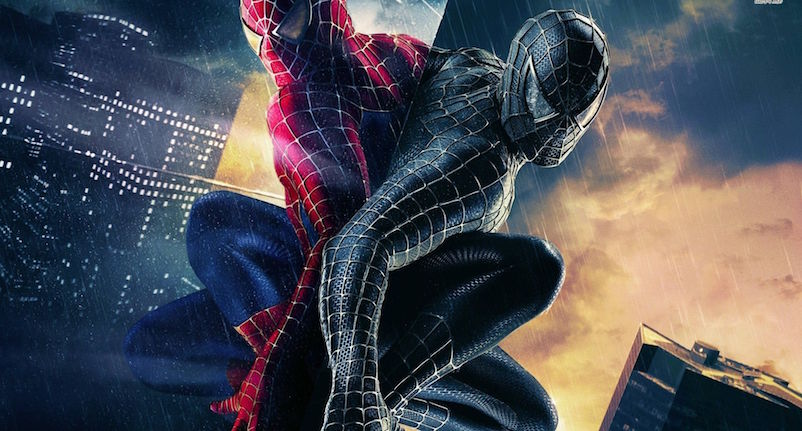 Coming off the inarguable greatness that was Spider-Man 2, expectations were sky high for Spider-Man 3, as was excitement.

Needless to say, the movie did not quite deliver. Though it’s maybe the most visually impressive of the original trilogy, gone was the solid story foundation that made the previous film so terrific. Spider-Man 3 took the emotional resonance of its predecessor and cranked it up to a point of being sappy and cloying, pushing the limits of tolerance with its main cast.

Then there’s the botched handling of the villains, with the filmmakers spinning too many plates to deliver one satisfying foe, much less three.

It was also, ironically, the harbinger of a summer full of third entries and disappointments.

Spider-Man 3 is still largely watchable and its drop in quality didn’t stop it from having a then-record-breaking opening weekend at the box office. But it was also certainly the start of the shaky foundation the franchise found itself on for the next few years leading to it’s current homecoming. 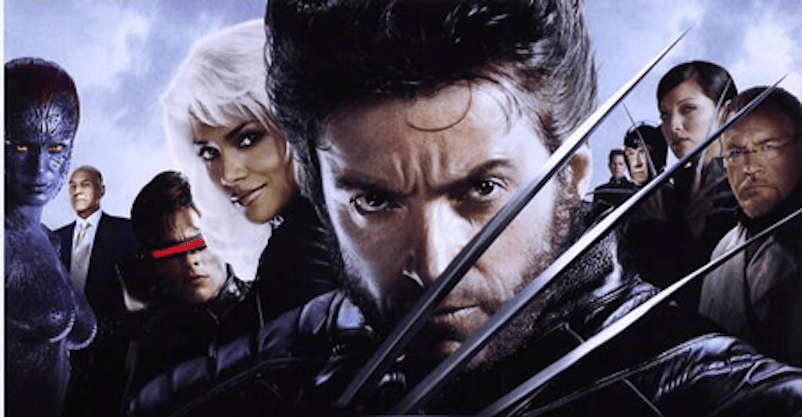 X2 exists in a weird space between the resurgence of comic book movies and the point where they finally started getting really good. When its closest comparisons at the time were Daredevil and Ang Lee’s Hulk, it ends up looking mighty spectacular.

Looking back, X2 is actually a fine film that was the start of the franchise finding its true character — heavy social parallels and more diverse mutant action becoming regular with this one.

The X-Men series would see better and much-worse days following X2 but this is widely considered one of the films that first showed that these movies could be something more. And while it opened to an impressive $85 million its opening weekend, it’s hard not to feel like this one got undercut by the Matrixes and Pirates of that summer that stole the show.

This list has a lot of entries where expectations were definitely high but I feel as if none apply more than this one. Following one of the most mammoth smash successes of all time is no easy feat, and Age of Ultron looked prime to deliver.

They certainly succeeded in making a bigger Avengers movie than the first one but not necessarily a better one. Like many sequels, Joss Whedon’s followup was stuffed with, well, stuff and played more like a preview of things to come in the Marvel Universe than its own satisfying chapter.

To be fair, this was something of an end to the old reign at Marvel, and was fraught with some behind the scenes strife. Still, as an opener, it was pretty representative of 2015’s anemic summer and was all but wiped from memory when Mad Max: Fury Road came out two weeks later. 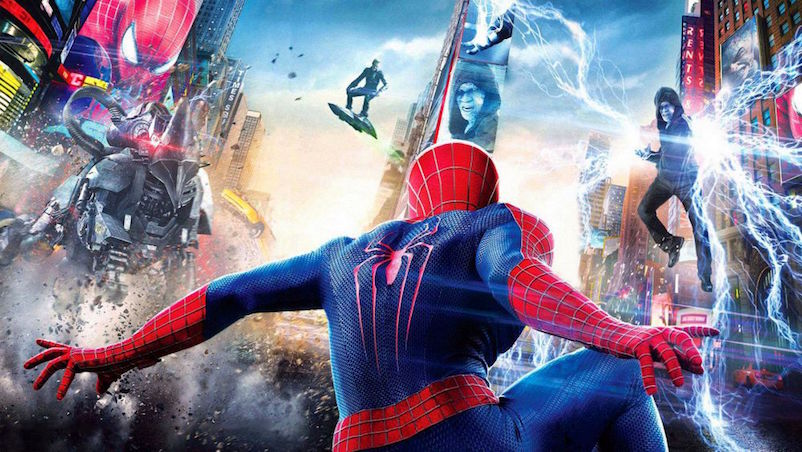 The Amazing Spider-Man 2 shares a lot in common with other entries on this list: it’s overlong, spends too much time setting up the next 12 sequels, the villains are goofy and its plot is a complete patchwork and not terribly satisfying.

Yet, I find this entry in the rebooted Spider-Man franchise gets an especially bad rap in spite of some legitimately good things it does. The chemistry between Andrew Garfield and Emma Stone is terrific and feels far more genuine and raw than anything you’re likely to find in the overly calculated Marvel Studios films.

Likewise, the Spider-Man sequences are among the most thrilling of any film in the series, and are downright awe-inspiring on the big screen. Taking into account a perfected visual style and the best musical score of any on this list, The Amazing Spider-Man 2 delivers on plenty of popcorn thrills that a summer opener should deliver. 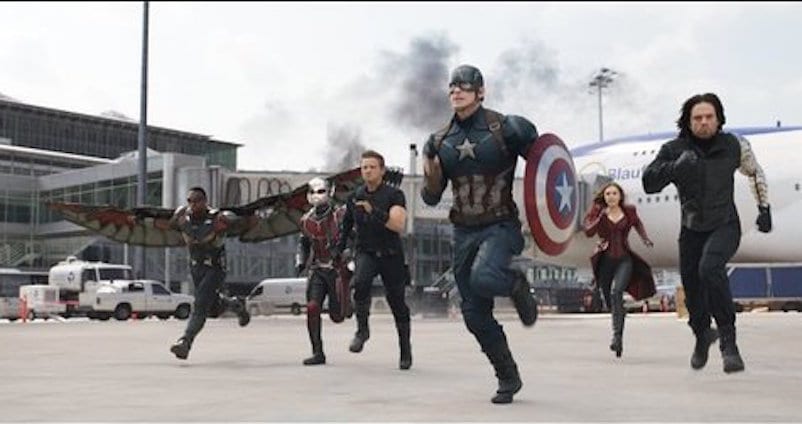 Captain America: Civil War is arguably a better Avengers movie than Age of Ultron. It brought to life a storyline fans have been dying to see on the big screen, wrapped up the loose ends of Winter Soldier, found time for all its heroes to shine and successfully introduced both Black Panther and Spider-Man into the Marvel Cinematic Universe.

It was a big success with fans and critics and went on to make all the monies with a massive opening weekend. And they all lived happily ever after.

And yeeeetttt…. This was also Marvel at their safest. No important character bit the bullet, the filmmakers went with a hideous color palette and music that lacked any character, and no conflict arose that didn’t feel like it wouldn’t be resolved by the next movie.

It was Marvel’s biggest chance yet to be daring and they played it extra safe. One can only hope they step out of their comfort zone a bit more next time. 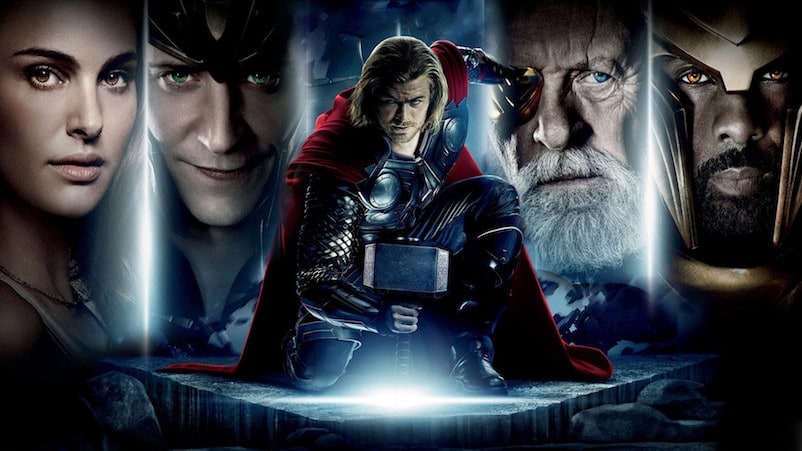 Thor, on the other hand, is a prime example of when Marvel was taking risks, with this being their first big step into the cosmic side of their universe. On the whole, it’s a risk that paid off with a pretty solid flick.

Story-wise, it’s not too dissimilar from some of the story beats we saw in Iron Man, but as a new door in this shared universe, it was really something exciting to see. It’s a rare superhero movie about the hero operating without his powers for most of the film, the world-building is impressive, and the pair of Thor and Loki are at their dramatic best here.

It was something new at a time when things felt like they were getting old and was just the kickstart needed for a summer that actually delivered some comparable hits. 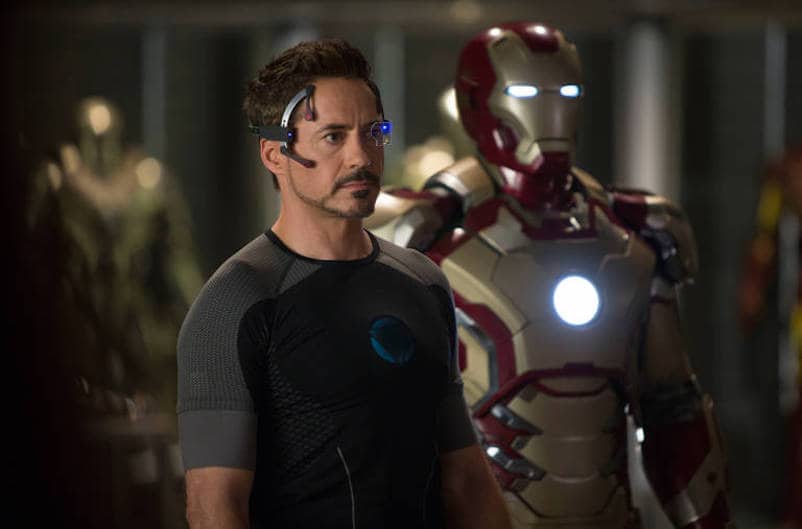 It’s come to my attention that Iron Man 3 might be a love it or hate it flick. Most of the contention seems to come from the now-infamous twist regarding the villain of the piece.

While I will concede that the villains take a step down in the second half of the film, I’m continually disappointed at how dismissed this film is in regards to the MCU when it does such great things.

Iron Man 3 might be the film in this universe with the greatest filmmaker voice and influence. This third entry is as much a Shane Black film as it is an Iron Man film, and I can’t stress enough how great that is. Black’s staples can be found all over the place — buddy team-ups, a mystery, Christmas background and such sweet quippage. Of course, it delivers on the action sequences but it also takes time to reflect on the human repercussions of the events of The Avengers.

It’s one of the last times I felt like the MCU was going in a bold, exciting new direction and stands as a third entry that rebounds after a second-entry misfire. 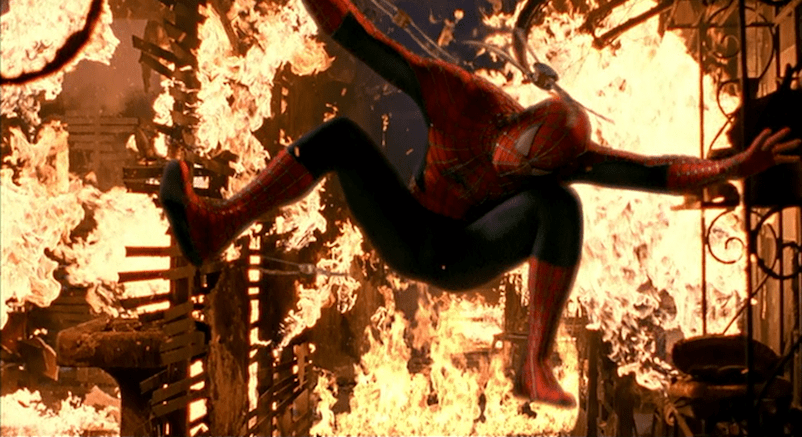 This list would not exist if not for Sam Raimi’s Spider-Man. This is the movie that showed superhero movies could be cultural phenomenas. It also established the first weekend in May as a coveted weekend for superhero movies to debut after Spidey’s record-breaking $114 million bow.

Looking back, Raimi’s first Spider-Man film is a solid, if simple superhero flick from a time when ambitions were mostly limited to getting the hero on screen. Raimi’s vision is an amusing throwback to the ’60s era of the webslinger and finds enough common ground for newcomers and Spider-Man fans alike to enjoy. Unless, of course, you’re someone who wanted the Green Goblin to appear closer to his comic counterpart. Then you’re out of luck.

Regardless of super-specific nitpicks that still keep one up at night, Spider-Man would be the ultimate in summer superhero openers if not for a few new kids on the block. 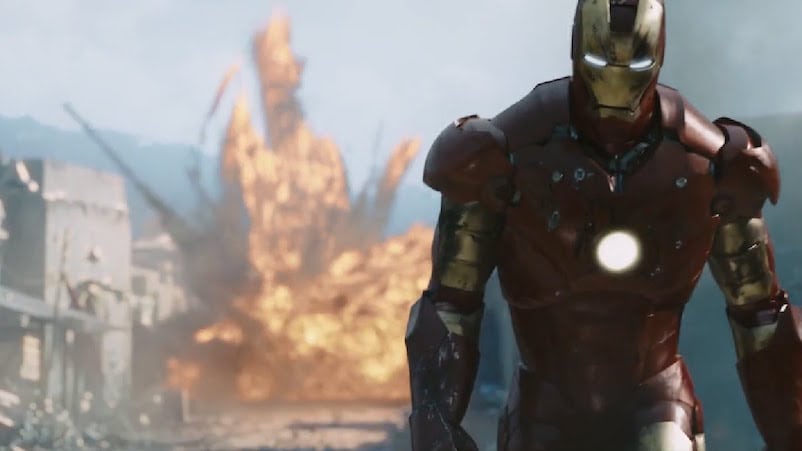 If Spider-Man reminded us that superhero movies can be hits, Iron Man showed that they can be cool. It showed that even B-list heroes can bring an A-game if done right.

After a year that brought us the likes of Ghost Rider, Spider-Man 3 and Fantastic Four: Rise of the Silver Surfer, Iron Man was a kick in the pants to a genre that looked like it was about to die. It reminded us that superhero movies can be both fun and good. That you could blend silly and serious into a nice moderate tone that totally worked.

Once again, that little spark of risk is what made Iron Man pop. Hard to believe now, but Robert Downey Jr. headlining a major blockbuster was not a sure thing back then. Nevertheless, the scrappy young team at Marvel made it so and delivered something beyond expectations. 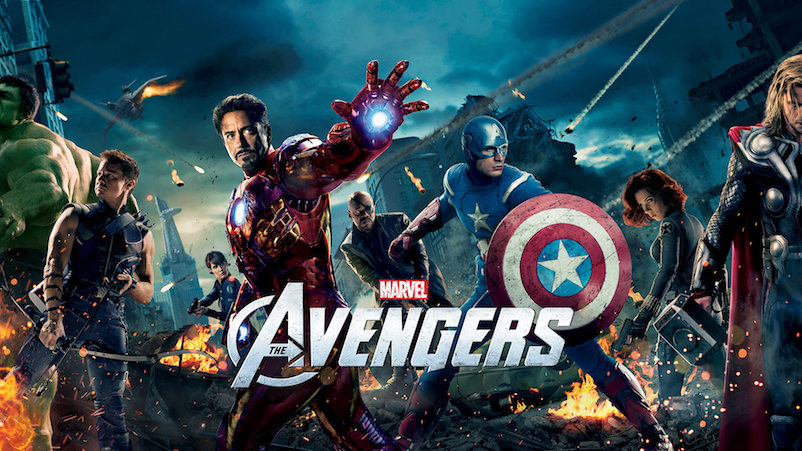 There are movie events and there are event movies. The Avengers is the latter.

No film on this list had quite such high expectations going in that were both met and exceeded. Perhaps the biggest gamble of all these films turned into an instant classic and a mega blockbuster.

The Avengers was the monster hit that all other studios envied and are trying to replicate now. The seamless combining to several different film characters into one was lightning in a bottle, as seeing Iron Man, the Hulk, Captain America and Thor joining together in one coherent film was pure excitement.

For better or worse, nothing that May came even close to the impact The Avengers had on that summer, while only a choice few came within orbit of its greatness for the rest of that summer. It wasn’t just the summer opener: it was the summer itself.