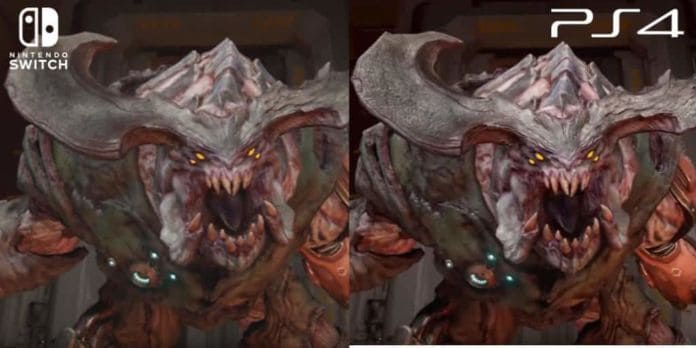 Taking a look at a few comment sections, it seems that Nintendo Switch owners are unfazed when it comes to the clear downgrade in graphics and framerate for the DOOM Switch port. While I am usually the first to say that graphics don’t matter, I am surprised that so many others are in agreement. For once, it seems, graphics don’t matter in the gaming master race. 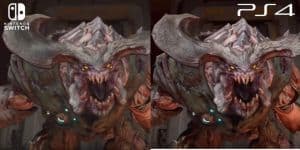 But why now? Where were these people when Bungie announced that Destiny 2 would be running at 30fps instead of 60fps? Or when the PS4 Pro came out and it turned out to be a subpar upgrade to the PS4.

Or the million other times games have been besmirched by low quality graphics or fps. All too frequently I’ve had to point out that gameplay and everything else about games (audio, story, etc) are far more important than graphics. Besides, I’m a part of the indie scene where such statements are a requirement to be included.

This makes me strongly suspicious of this sudden change of heart when it comes to the DOOM Switch port. One possibility is the power of nostalgia. DOOM is that one game that so many gamers remember from the 90s. We already know that nostalgia is a very strong force, as evidenced by Nintendo’s mini console line.

As such, these folks remember those 8-bit pixelated days of the past; any upgrade must seem like the pinnacle of wondrous technology. Look at we can do now, not only can we save whenever we want to, we can play DOOM on the go! 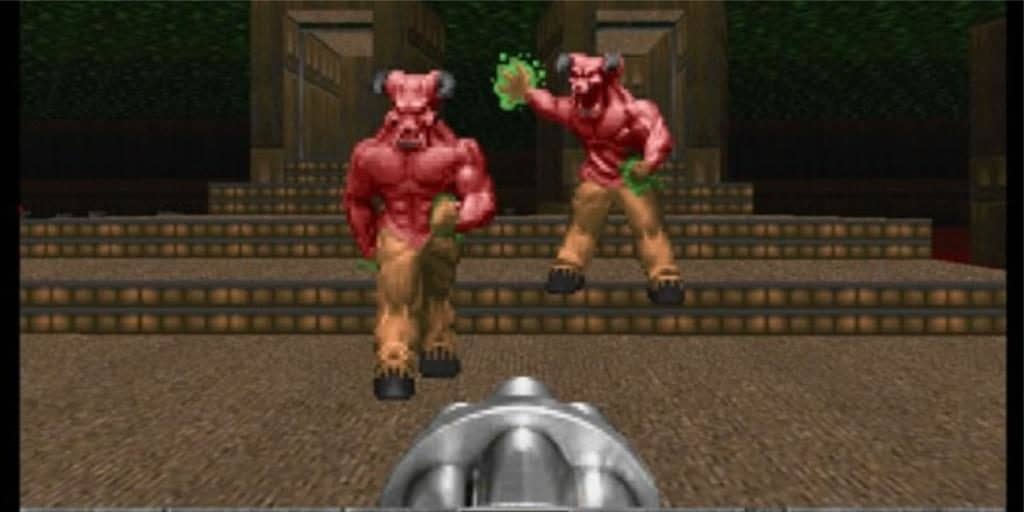 This possibility would make sense and coincide with the direct contradiction in my example of Destiny 2. These particular gamers don’t often apply the same logic to brand new and unfamiliar games. They believe that all new games are to be held at the highest standard technology can provide.

Of course, this answer stinks of hypocrisy. You cannot be totally fine with DOOM running 30fps at 720p and complain about Destiny 2 not running at 60fps. I don’t care what systems the games are on, it is not fair to judge a game in this way.

Or shall I pull the gender card and ask if DOOM is a game so perfectly tailored to the male gender, that only with a game like this can these gamers see past the graphical downgrade. Gameplay that is so recklessly violent and vicious, surely only boys would be so enamored as to forget the beautifully detailed carnage when playing on the PS4, Xbox One, or PC. So maybe this is all due to DOOM‘s popularity within a specific gender. 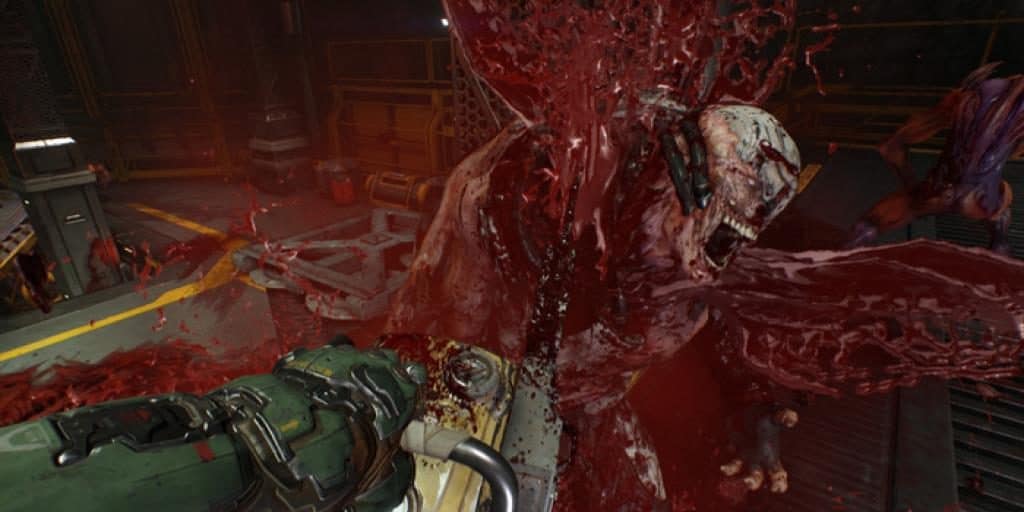 Maybe, but I like to think that male gamers are smarter than that. Smart enough to see past tearing demons apart with your hands to the game underneath. DOOM is, after all, quite well-designed. The weapons, the learning curve, even how you gain health; the latter is a wonderfully strategic way to force the player to switch up their gameplay style. Such to the point that even those of us who prefer to hide in corner and panic shoot our way out of each level are moved to confront the enemies for a melee kill.

So if it isn’t nostalgia or gender, what has so many gamers changing their tune when it comes to the Switch port? Portability and convenience seem to be the answer here. Nothing else matters in the face of “DOOM on the go.” Though I’m certainly pleased with the change in tune, there isn’t much on the mobile market for comparison – save for other Switch games.

The mobile market just isn’t popular enough to be considered by the usual members of the graphics race. It is difficult to form any kind of conclusion when there are no popular opinions to be had amongst the hardcore console/PC gamers. 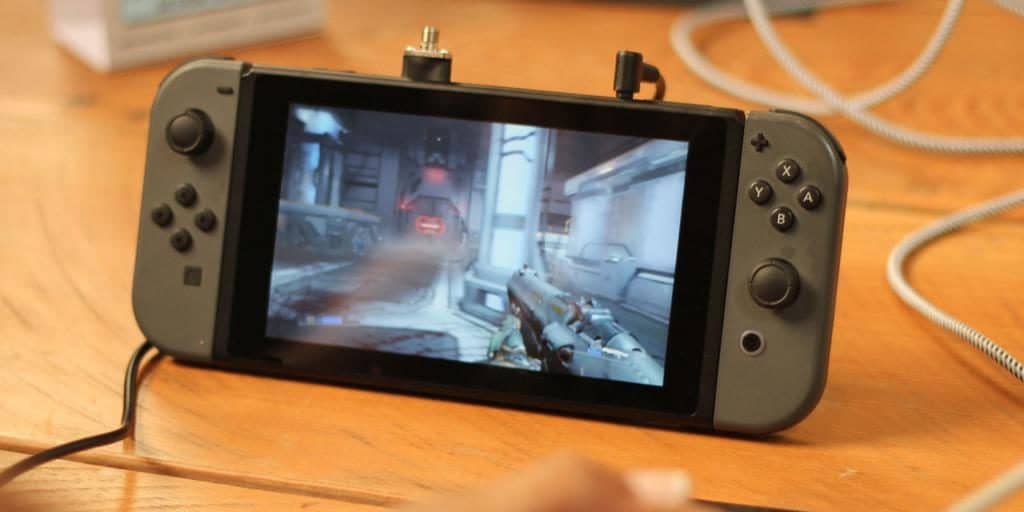 However, I must point out that mobile games, generally, have the same graphical capabilities of the Switch, give or take a chunk of dedicated RAM (though some phones, of course, boast higher and better capabilities).

With that in mind, the games on mobile phones are not at the level of a game like DOOM. It is very tough to find a decent first person shooter on mobile that isn’t pay to win. In fact, if you know of one, please comment below with the title and store availability.

As such, a portable version of DOOM on the Switch is admittedly really cool.

Portability is awesome and I completely agree that downgraded graphics are worth the cost. But again, I have to wonder if it is DOOM specifically, or will Switch owners sing a different tune when the game is, for example, Uncharted or Tomb Raider.

Speaking of which, there is a point where graphics matter: when graphics begin to effect gameplay. We don’t know exactly how DOOM plays on the Switch, but there have been a few demos since the announcement, but the general consensus is still a mixed bag. 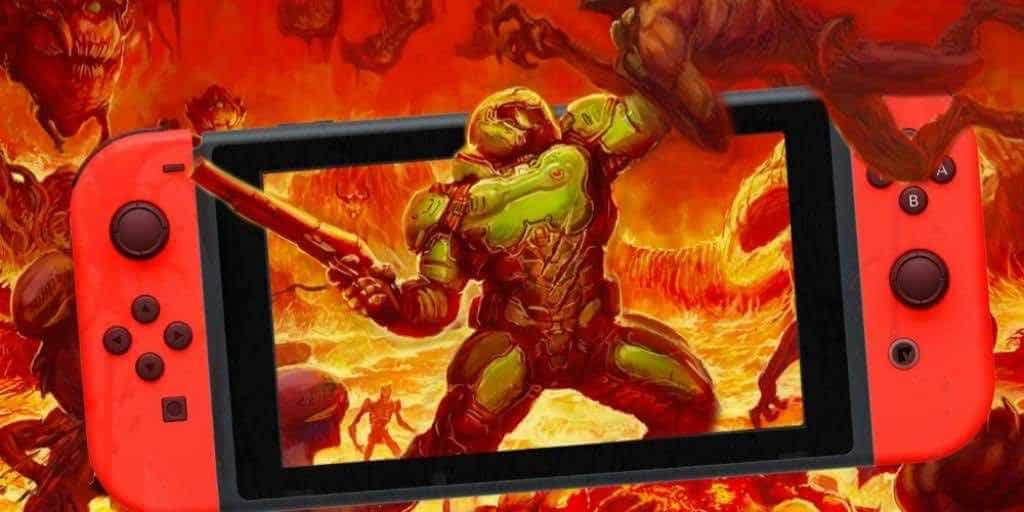 The biggest shared complaint, however, are that the Joy-Cons are not at all ideal for playing DOOM. Apparently, turning quickly to face an enemy is next to impossible and movement is otherwise very limited due to the joystick design in the Joy-Cons.

The lower frame rate of 30fps for DOOM could be cause for concern once the public gets a chance to play it. Such a fast-paced game certainly requires the lightning fast reflexes and visual cues that 60fps can provide — depending on how you play, of course.

Indeed, the Switch’s smaller screen and pro controller are likely to be DOOM‘s saving grace. Meaning that seeing this game docked will be a nightmare. I would very much like to see what Switch owners say then, when the carnage is as pixelated and blurry as a PS2 game.

All of that said, I am still glad that some gamers are looking past graphical quality. To say that this may be the first of many such changes in attitude would be naive. I am most interested to see how these attitudes will change when Wolfenstein arrives. Or when these games are actually in the hands of these hardcore fans.

I still uphold that this is a lapse in judgement. The standards we’ve been used to judge every other company other than Nintendo may be too high for anything the Switch is capable of. Nothing, not even DOOM, will quit the argument that framerate and graphical quality simply make a better game. But, the point of it all, is that with Switch owners, I don’t think they really care, anyway.

Previous articleKingsman: The Golden Circle Review
Next articleCities: Skylines Releases The Green Cities Expansion in October
Rhys Pugatschew
Rhys found his love of gaming in Zelda and expanded to almost all genres. He will be bringing you the latest news in the industry. He has worked for ZeldaInformer and CheatCC, happily writing his opinions for all see!