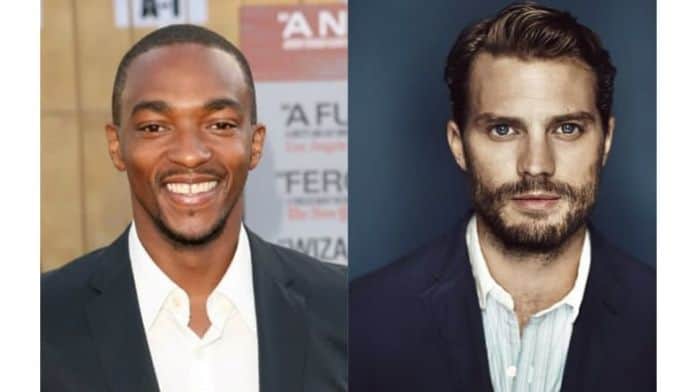 XYZ Films and UTA Independent Film Group have announced a new sci-fi thriller that the duo are co-producing. Directed by the tag team of Justin Benson and Aaron Moorhead, Synchronic will star Anthony Mackie and Jamie Dornan.

Deadline got the scoop and states that Synchronic revolves around the New Orleans based paramedics that Mackie and Dornan will play. The plot see their “lives are ripped apart after encountering a series of horrific deaths linked to a designer drug with bizarre, otherworldly effects.”

Synchronic will be the 5th film that Benson and Moorhead will co-direct together. Most of them have been in association with XYZ Films. The last two projects that Benson and Moorhead collaborated on were incredibly well received. 2014’s Spring, described as a romantic body horror film, has 88% rating on Rotten Tomatoes. And 2017’s The Endless, a sci-fi horror film, holds an incredible 95% on Rotten Tomatoes.

“Being huge fans of the nuanced, brilliant work of Anthony and Jamie, this is a filmmaker’s wildest dream come true. They each possess an extraordinary depth of personal experiences, humor, and pathos that brings a massive wellspring of humanity to the battle-scarred partnership being portrayed. We’ve found the perfect collaborators to tell a bold, frightening, heartstring-tugging story.”

Nate Bolotin of XYZ Films expressed his company’s excitement to partner up with Moorehead and Benson once again:

“This is the fourth collaboration between XYZ and these phenomenal filmmakers. Their body of work thus far speaks to their confidence to go against the norm and tell genuine stories that cross genre. We’re honored to work with them again to bring Synchronic to audiences around the world.”

Mackie, of course, is renowned for his portrayal of Sam Wilson (Falcon) in the Marvel Cinematic Universe. He’s had a prolific career outside of that as well though. Jamie Dornan was the male lead in the trio of Fifty Shades movies. He’s also appearing as the character Will Scarlet in the upcoming Robin Hood film.

Synchronic’s announcement didn’t come with any timeframe for production. But with the quality of all the players involved, this one is certainly one to be on the lookout for.