Tamagotchi is Back to Celebrate Their 20th Anniversary 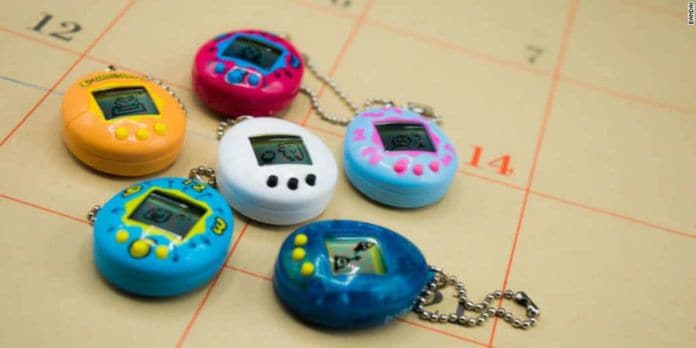 Bandai America is hoping to bring one of its icons back for a new generation – or at least to prey on the nostalgia of us 30 somethings. The Tamagotchi brand celebrates its 20th anniversary next month. And Bandai is rolling them back out to commemorate. 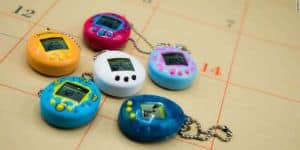 Everything is just as you remember the devices being. However the pocket pets have been dramatically reduced in size. Screens are now 40 percent smaller while the casing itself is 60 percent smaller. They’re still operated by the three same buttons on the front as you remember. And they still adorn the same simplistic 8-bit greyscale graphics. The plan was to not deviate from what everyone remembers the devices being.

Tara Badie, Bandai’s director of brand management, confirmed everything was intact for a reason in an interview with Polygon:

“This is their opportunity to relive their childhood love. For many people, this was their only pet as a child. We wanted them to be able to have the play; you still feed it, you still take care of, it still poops and you still need to clean up after it. We thought if we added too much depth of play that it would be too hard for people to work and take care of it at the same time.”

The U.S. Tamagotchi will sport six different shell designs and feature six different characters. The packaging for the device will be the same as it was during the 1997 launch. And what a launch it was, as Bandai sold over 82 million Tamagotchi’s globally.

Earlier in 2017, Bandai ran a limited edition run of the device over in Japan. It must have done quite well as they’re now making a go of a U.S. release. The Tamagotchi reboot will release on November 5th and cost $14.99 each. Pre-orders are live now if you’re worried about missing out on the 20th anniversary celebration.

Previous articleAssassin’s Creed: Origins DLC Plans Detailed
Next articleA Hat in Time Deserves Its Overwhelmingly Positive Reception on Steam
Jeff Scott
Growing up a 90's kid, Jeff found his love for gaming during Nintendo's heyday. Because of that, you could (perhaps sadly) call him a "Nintendo Fanboy" to this day.