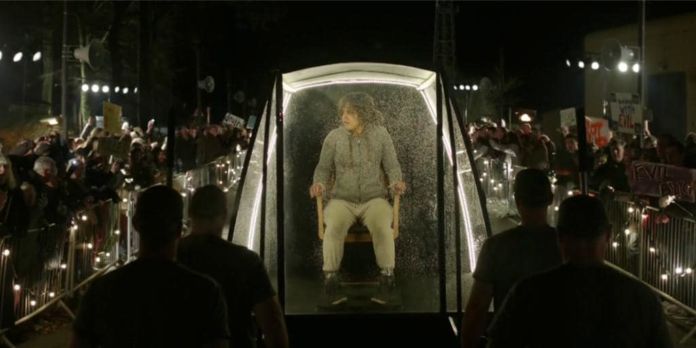 In an interview with PC Gamer during Gamescom 2017, the head of creative communications for Telltale Job Stauffer discusses what might become Telltale’s next project. Stauffer stated that he would personally love to see the game developer do something with Charlie Brooker’s Black Mirror Netflix series. Apparently, Stauffer is a big fan of the show and calls it a “mind-blowing anthology with every season.” 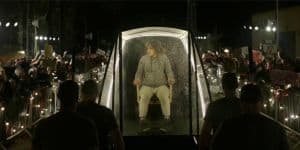 To be perfectly clear, this isn’t something that Telltale is actually working on, this is just a personal opinion from a member of the Telltale company. But just in case the right people happen to see enough of this headline, Stauffer states that “Charlie, if you’re out there, we would, I would, love to do something on Black Mirror.”

As Telltale has evolved to be something of a hybrid between games and television, something that was discusses later in the interview, it seems only fitting that Telltale would tackle Black Mirror. Especially the running themes of each episode from Black Mirror, actually participating in the story could open up so many possibilities. It wouldn’t just be you watching an episode on Netflix anymore, it would be you deciding the fate of some poor soul in a world just barely familiar enough to make it seem like you have all the facts.

On of my favorite episodes that would take this concept to a whole new level, would be the one pictured above. If you haven’t watched it yet, I highly suggest doing so now to avoid spoilers. Season 2, episode 2, titled White Bear is about the criminal punishment system and poses several very relevant and important questions.

One of the main questions being: is crime a product of society? People at this theme park are filming everything and watching a criminal suffer with vicious joy. The criminal, before they got to White Bear, filmed her boyfriend murdering a little girl they had kidnapped. So what, exactly, is the difference between the punishment of White Bear, and the actual crime? Who is committing the crime? What is the crime? Where do you draw the line?

Some of these questions have answers, some require a deep soul-search, and others might never have answers. But Telltale could use writing like this to force the audience to actually participate is what’s going on and tackle the morality of it all on their own. Telltale wouldn’t just be posing the question like Black Mirror, they would require the player to answer these questions.

How would you like to see a collaboration between Black Mirror and Telltale go? Which episode would you pick? How would the gameplay work? Let us know your thoughts in the comments below!