Terminator 6 to be Directed by Tim Miller, James Cameron Producing 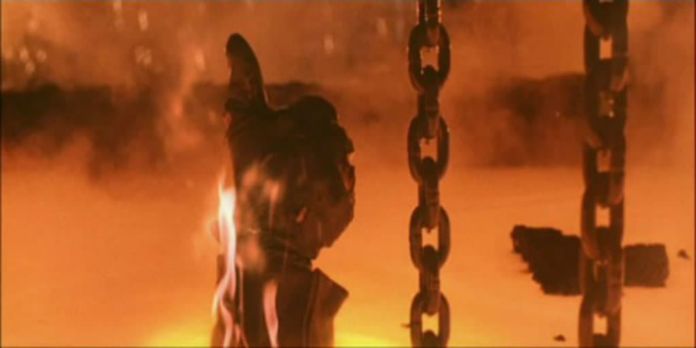 I know, I know. The Terminator series has been absolutely bludgeoned to death following James Cameron’s departure from the franchise after Terminator 2: Judgment Day. But all hope is not lost, friends. It’s been announced that James Cameron fully intends to bring the series back to its glory days once the rights revert back to him in 2019. And now we have pretty concrete proof of his intentions.

Cameron, however, has his hands full as he plans the next 12 Avatar films. Okay, there’s only four in development, but you get what I’m saying. Thus, James Cameron will serve as a producer on the next Terminator movie and help to develop the story. Cameron has stated that he plans to wipe the slate clean of all Terminator films following Judgment Day. It’s there that he intends to create a new trilogy for the series – with Deadpool director Tim Miller now officially at its helm.

There were rumors for a while that Miller was being wooed to handle the reboot project, but nothing was ever seen to be official. That was until an announcement from Skydance Productions regarding a special 3D screening of Terminator 2: Judgment Day coming this Tuesday, September 19th:

“Join filmmakers James Cameron and Tim Miller on the Paramount Lot for an exclusive conservation with The Hollywood Reporter’s Matt Belloni about their collaboration on the upcoming Terminator. “

Well, it certainly seems official now. On Tuesday both Cameron and Miller will be interviewed and we’re sure to get some hints as to where the future of the Terminator franchise is headed. Arnold Schwarzenegger has previously said he’ll be involved, but there’s been nothing said by Cameron to confirm that. There’s likely not even a script for the next yet to be titled Terminator movie. But just knowing that Cameron and a proven director are behind it is enough to keep fans excited and patient for 2019 to come.