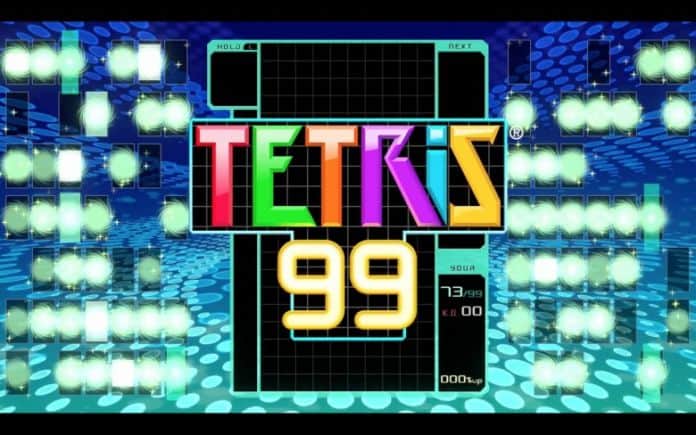 Tetris 99 aka Tetris battle royale sounds like a joke but, as of yesterday, it’s a reality and a fun one at that. To quote my brother, Edwin, “every time I think Tetris has given us everything it has to give, it gives a little more.” Last year, Tetris Effect surprised us all by reinventing the game with hypnotic, memorable song synchronization and quirky game modes. And in 2019, Tetris is still being presented in fresh ways. This is one versatile set of blocks.

Yesterday’s Nintendo Direct dropped plenty of surprises, including the fact that we’ll be dropping in, repeatedly, in a free-to-play Tetris battle royale developed by beloved developer Arika. This announcement took up just a tiny sliver of Nintendo’s 36-minute string of news, but it was one of the best surprises.

All we were told was that the game is a new spin on the classic puzzle game, Tetris, in which the last player standing wins. “99 players. 1 winner… This is Tetris 99.” We were also told, “if [we got] attacked with garbage, attack back to defeat the other 98 players and become the sole survivor.”

With the general premise laid out, I eagerly went to the Nintendo eShop to download the game. It took a while but I finally felt like I got something new and valuable from the Nintendo Online service.

The Most Accessible Battle Royale Game

At this point, it really does feel like everyone in the world has played Tetris. So unlike other battle royale games, the learning curve doesn’t feel as steep. Not everyone is even a fan of competitive shooters, but even people who hate puzzle games are down to crank out some Tetris (even if it’s just on their phone or during the occasional arcade bar trip). At the same time, Tetris 99 still adds additional challenges that put a fresh spin on this classic game. 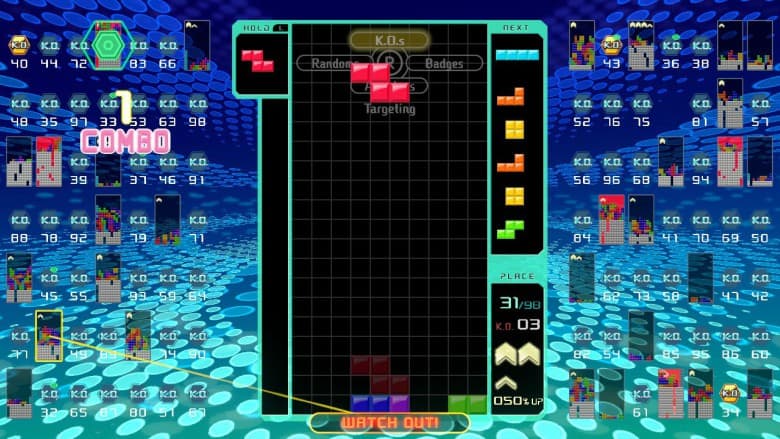 The big difference between Tetris 99 and other iterations of the game is the attacking players component. Using the right joystick, you can select where your blocks go. It functions as follows:

I picked up on most of this just from my own common sense but was confused on the last two points and had to ask my friends for clarification (thanks Jenni!). This element also mirrored the uncertainty I’ve felt picking up other battle royale titles. Usually, I have more questions than answers and my huge knowledge gaps stack up so high I lose pretty quickly. But in Tetris 99, this was never the case. Even though I was unclear of some of the nuances during my first few matches, my Tetris knowledge alone was enough to land me 3rd place.

How Fortnite and Others Laid the Foundation

Obviously, this game wouldn’t have existed without the battle royale craze taking off, something that’s still predominately attributed to Fortnite’s incredible success last year. So even if you can’t stand emotes and llamas, you have to give credit where credit is due.

The best thing that Tetris 99 borrows from other battle royale games is also the most challenging: the storm, the circle, the ring, etc. As time goes on in every battle royale game, the play area becomes smaller. Eventually, players are forced to kill or be killed. 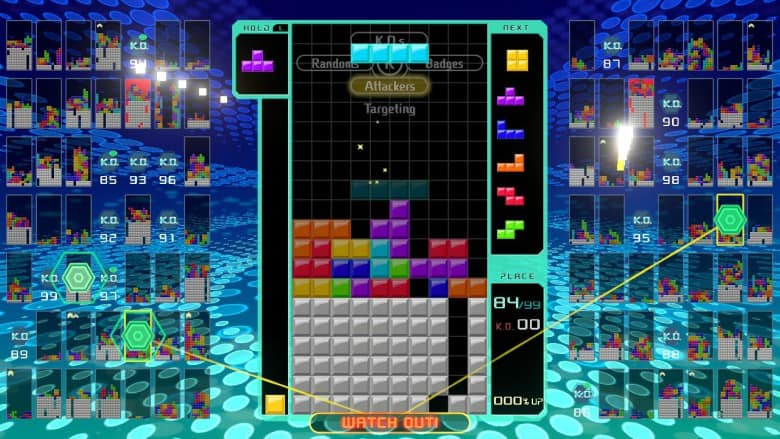 A similar thing happens in Tetris 99 but instead of the board getting smaller the blocks drop faster. The speed noticeably increases when there are 50 players remaining and again when it comes down to the final 10. Normally, the pressure of Tetris comes from a gradual increase in speed combined with errors you make yourself. Here, all of that is expedited and tossed in with the randomness of other players’ attacks. It’s no longer just you and the board, but a whole lot of other (literal) garbage to account for.

Aside from the bitter reasons people may hate battle royale (i.e because it’s popular), most people who don’t feel the pull to battle royale aren’t a fan of shooters, aren’t interested in directly interacting with others online, or simply are not a fan of the gameplay. Tetris sidesteps all of those problems because the core gameplay already has mass appeal and you drop in all by yourself.

While the actions of other players affect your game, you connect with them indirectly. They’re just boards floating in the background. You don’t even see their names until after you’ve finished your game and the scoreboard loads. The fact that this online multiplayer experience is so impersonal is appealing to those of us who would rather play games alone.

There’s no taunting here. There’s not that much to learn. And it’s over quickly enough that clicking rematch is instinctual.

Every battle royale is different and we should never discount an entire genre. The popularity of battle royale, and the fact that Fortnite is its frontrunner, has made a large portion of the gaming community dismiss the entire thing. “It’s not for me” is often worn as a badge of honor when it comes to battle royale games and modes but Tetris 99 should remind us that this genre can be presented in a lot of different ways.

We should’ve accepted this long ago. We’ve seen established franchises take it on (i.e Call of Duty Blackout mode) and we’ve seen brand new, genre combining takes (i.e Apex Legends). Tetris shouldn’t have had to drop on to open our minds to this genre but I’m damn glad it’s here. 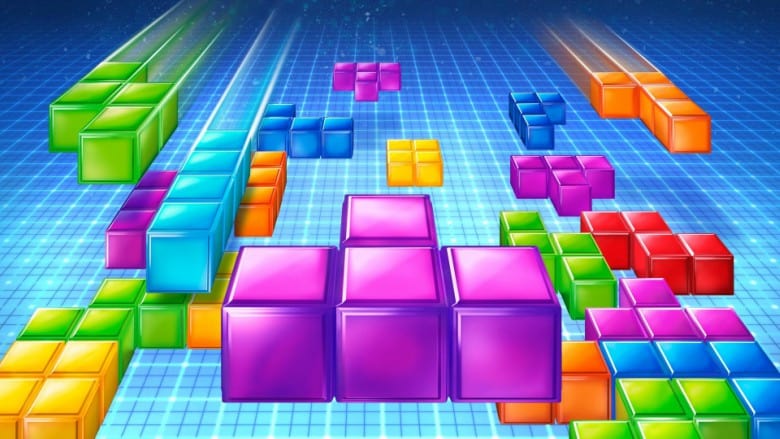 At the end of the day, it’s important that we play the games we like. After all, gaming is an expensive and time-consuming hobby. But by dismissing entire genres we inadvertently deprive ourselves of joy. So keep an open mind and, if nothing else, download Tetris 99.