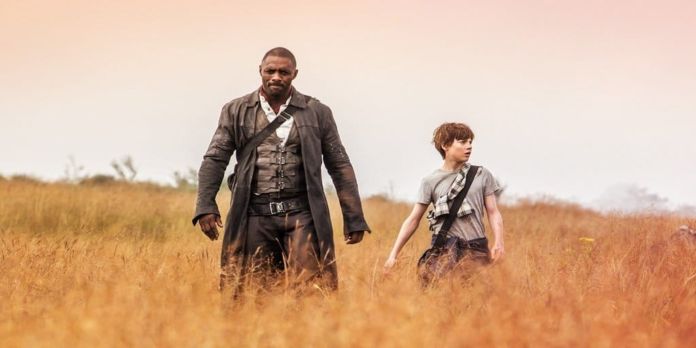 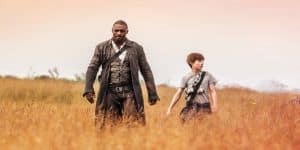 When it comes to modern horror/thriller novels there may be no bigger name than Steven King. While the author has certainly reached iconic status amongst readers, his film adaptations have been nothing short of peaks and valleys. Adapting his usually top notch storytelling into a big blockbuster movie has yielded mixed results with some films like The Shining and Carrie becoming staples within their genres. However,  there have been just as many failures that fail to capture what made their works so fantastic. Enter The Dark Tower, perhaps one of King’s most famous works and one that has eluded film studios for years. Finally released, director Nikolaj Arcel was tasked with bringing this legendary book series to life on the big screen. Despite having some fun moments and great performances, The Dark Tower feels like a shallow and rushed adaptation.

The Dark Tower follows a young boy named Jake Chambers (Tom Taylor) who has been receiving visions whenever he sleeps about an alternate world that is overcome with darkness. Convinced that he is being hunted by monsters and his visions are real, Jake ends up stumbling upon a portal to another world. After meeting up with The Gunslinger (Idris Elba), the two set off on a question to kill The Man in Black, Walter (Matthew McConaughey) before he can bring The Dark Tower down and release death upon both worlds.

It’s clear from the beginning that this version of The Dark Tower attempts to draw multiple threads and concepts from the 7 core books. While this allows for the film to feel more concise, it also causes much of the world building and character depth to get lost in translation. The Dark Tower really doesn’t offer much beyond the face value, which can lead to some frustrating, ill explained plot points. Trying to condense an entire series into one 95 minute film ends up creating a convoluted and ultimately shallow story. Aspects like why the monsters wear human skin on their own planet, why The Gunslinger isn’t affected by magic, and what’s beyond the edge of the world is never fleshed out. 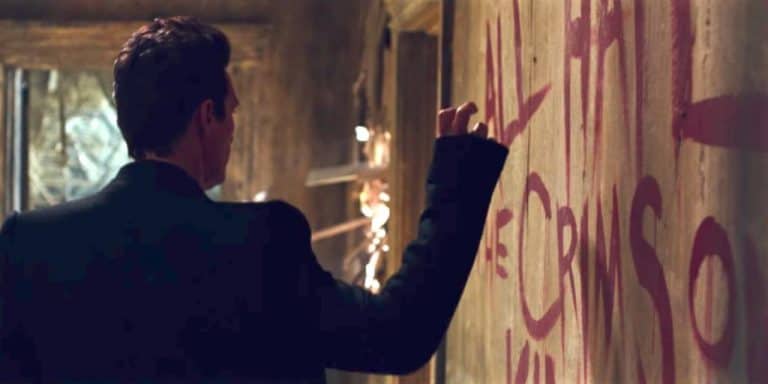 It feels like there is an entire section of the movie missing, as The Dark Tower goes through its story at a break neck pace. That doesn’t make the film awful, but don’t expect a plot as nuanced or intriguing as the book. There are some entertaining moments sprinkled throughout such as the final gun battle and Elba’s fish out of water routine. Yet,  none of these moments ever cohesively click with the main plot, as they feel like different films stitched together. This becomes immensely frustrating because many of the ideas within The Dark Tower could easily serve as their own individual film, but instead, Arcel ends up haphazardly changing tone and story beats multiple times.

Couple this with the awkward, stilted dialogue and it can make watching The Dark Tower a chore. Thankfully, most of this isn’t the actor’s fault as every person clearly gives it their all. McConaughey is the stand out here as his menacing, soft spoken presence is chilling. There’s a real sense of malice behind Walter, even if his motives as to why he needs the tower brought down are never fully explained. Elba and Taylor are also great here, but their chemistry leaves much to be desired. It’s not that their acting is bad, just the two never really seem to click in a convincing or believable manner. The Dark Tower presents some big emotional moments, but they simply fall flat because of the disconnect between the two actors.

The rest of the supporting cast does a fine job, but some of the villains seem to be completely forgotten about at the very end. There are two henchmen that The Dark Tower builds up, but it’s never explained what happens to them at the end. It’s like Arcel came up with a bunch of really cool concepts and just decided to drop them at the last minute. About half way in the film introduces a seer named Arra (Claudia Kim) that serves as nothing more than an exposition dump for the plot. Nothing really works here and the brushing over the world’s mythology ultimately cripples the entire movie. 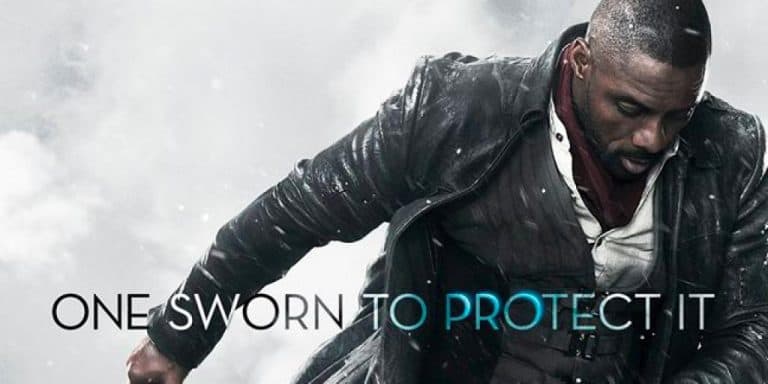 However, what’s really surprising is just how cheap this film looks overall. Multiple special effects feel awkwardly placed and you can tell that Arcel is trying his best to never show the monsters in their realm form. While the whole “they are wearing fake skin” adds a creepy element, it just doesn’t make sense in some sections of the movie. This really shows in the big gun battle where instead of facing all these terrifying monsters, Elbra just ends up shooting a bunch of dudes in a generic warehouse. It’s ultimately disappointing, as there is one inventive action scene and even then you can barely make out what’s happening to the characters.

That being said, The Dark Tower isn’t a disaster like The Mummy, but it’s not good either. Acting more as a mindless blockbuster, Arcel’s film lacks almost everything that made the books so entertaining. Even if you separate the movie from its source material there just isn’t enough to support the film. Despite some fun moments and truly great performances, none of the pieces ever come together in a cohesive manner. Even though this movie features one of the coolest gunslingers in film history, The Dark Tower never manages to hit its target. Oh well, at least It looks good, right?