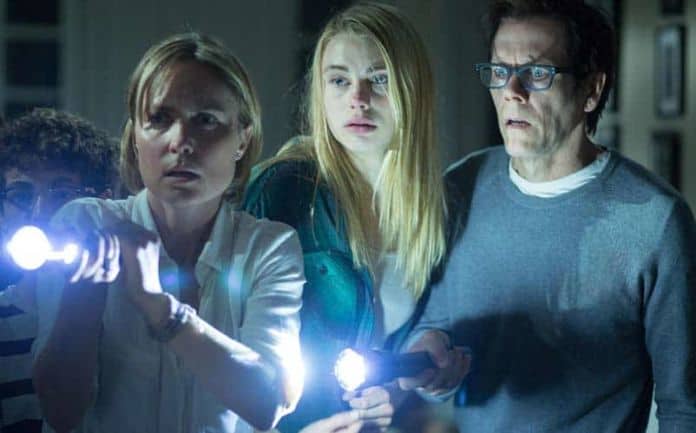 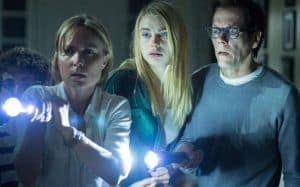 There’s a weird trend creeping up in the horror genre of dumb families, almost always white, stumbling upon some ancient spirit/demon/whatever from an entirely different culture. While this could and in the past has made for some truly unique horror movies, these new scary flicks just seem content with slapping said new boogeyman on the screen and calling it a day. Rarely does the culture itself ever bleed into the movie, except for the monster being from a different place or era. I talk about this, mainly because The Darkness is way less interesting of a topic.

(Warning: Our The Darkness movie review contains spoilers, you know, it matters for a movie like this).

The Darkness is one of these movies, where the typical suburban white family accidentally stumbles upon forces beyond our usual grouping of beasties. The monsters in question are five Native American demons that take the form of five animals: crow, wolf, coyote, snake, and buffalo — and that’s about it. One of the family members takes some sacred rocks and thus brings the wrath of ancient forces upon him and his family. Honestly, this is probably the most frustrating aspect of The Darkness as the film is content with providing the bare minimum of development for the monsters. They have really fascinating and unique designs, but it never goes beyond that. Aside from the usual research montage we are subjected to in every horror movie ever, The Darkness‘ monsters are just exceptionally boring. With the exception of one scene, they literally don’t do anything threatening or something that would put the lovely Taylor family in harm’s way.

Speaking of the Taylor family, it’s genuinely shocking how annoying and uninteresting they are. Which is even more of a shame given that the movie has some genuinely good actors in it. Kevin Bacon plays the workaholic father (Peter), Lucy Fry is the daughter (Stephanie), Radha Mitchell is the stay at home mom (Bronny), and David Mazouz is their autistic son (Michael). They all have a dumb laundry list of character flaws that get the most minimal of treatment. The daughter is revealed to be bulimic, but if you went to the bathroom during the reveal you would never know about it. The Darkness literally never discusses, in any sort of depth, these various flaws. It’s just swept under the rug and given the excuse of “Oh, the demons made us do it.” 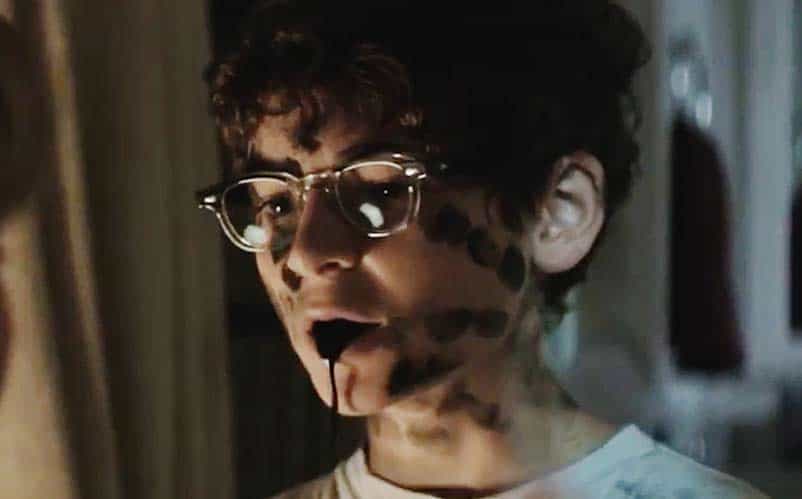 This is pretty much The Darkness‘ excuse for everything wrong with the family, outside of one problem caused by Peter, before the film’s time period. By doing this, we diminish the problems of the characters making them seem like nothing but saints before the evil invasion of demons. The characters are not relatable in any way, despite some of the issues being real world mental issues that people deal with. The Darkness had a golden opportunity to shed some light on these subjects in an interesting and unique way, but it doesn’t — and the son Michael is, by far, the biggest offender of this.

Making Michael autistic, at its core is a really unique and unexplored avenue. The Darkness could have easily explained the relationship such a person would have with their family, using the monsters as physical representations as that person’s fears and worries. Or, that would be the idea if The Darkness wasn’t so lazy with its writing. Michael’s autism is just used as an excuse for the family to confuse his odd eccentricities with demons. This isn’t awful at first, as David Mazouz really does a fantastic job as the character. As much grief as he gets for playing Bruce on Gotham, he has really good acting chops, and it’s sad to see them wasted on such a disappointing project. It becomes a problem once the hauntings get to a ridiculous level and the family still refuses to believe it’s not Michael causing it all.

In terms of the actual hauntings, there are really no original or interesting scares in this movie. Director Greg McLean has never had an eye for horror composition it seems, as his previous works (such as Wolf Creek) are just as bad. The camera movements don’t lend themselves to a horror film, as every shot is laid out so anyone with half a brain can figure out where the scares are coming from. These scares are primarily made up of cheap jump scares that usually have nothing to do with the actual demons. Not even a score could save this movie as it lacks both memorable stings and use of ambient sound design. I never felt sucked into this world, which detached me wholly from the experience and fear I was apparently supposed to be feeling. 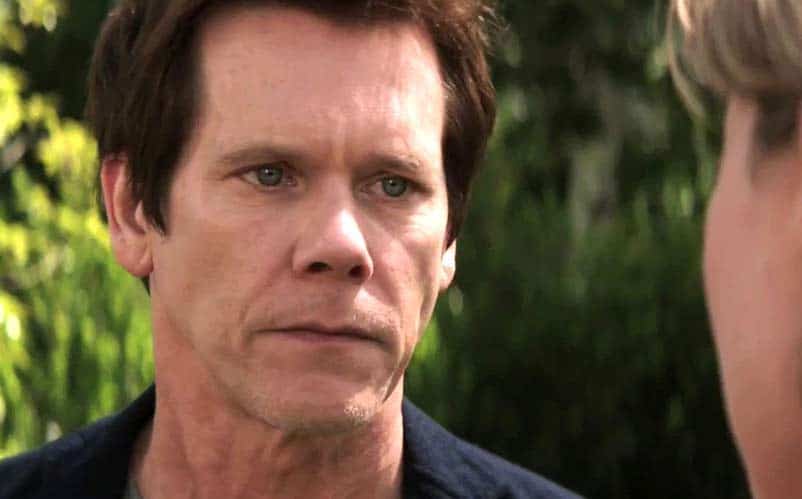 The Darkness is the most frustrating kind of horror movie, as the premise itself is really interesting. We don’t dive into Native American mythology outside of burial grounds and this could have easily set The Darkness up for a home run. Instead, it swings, misses, and throws the bat somewhere into the stands full of people. There are very few redeemable qualities about this movie, as the entire experience is just bland and formulaic. I found myself rooting for the demons because if they win at least the movie would have ended sooner.