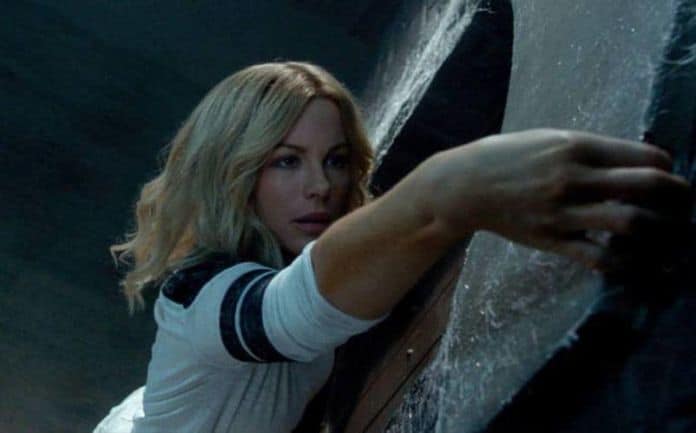 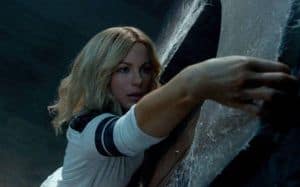 Horror has had an interesting year thanks to the pool of movies being incredibly inconsistent in terms of both quality and the actual genre surrounding them. Usually, you can define a year based on the general theme that’s been running throughout scary films, but in 2016 we’ve had everything from slashers, to supernatural, to exploitation films. Another type that has been trying, but so far unsuccessfully, have been psychological horror movies such as director D.J. Caruso’s The Disappointments Room. Setting aside the fact that this is probably one of the silliest names to come out in recent memory, this mind-bending horror will only leave you with a headache.

The Disappointments Room is a film following a big city family that moves out to the country in order to start a new life and escape a personal tragedy. However, to literally no one’s surprise, the ancient manor is hiding a dark secret and may be filled with malevolent spirits. I say “may” because The Disappointments Room never really clarifies if ghosts are haunting architect Dana’s (Kate Beckinsale) house. Caruso attempts to try and keep the audience guessing if these spirits are real since the tragedy that rocked Dana’s world has her on medication. The idea is to constantly play a what’s real, what isn’t game with the viewers by making us try and question the sanity of our protagonist. 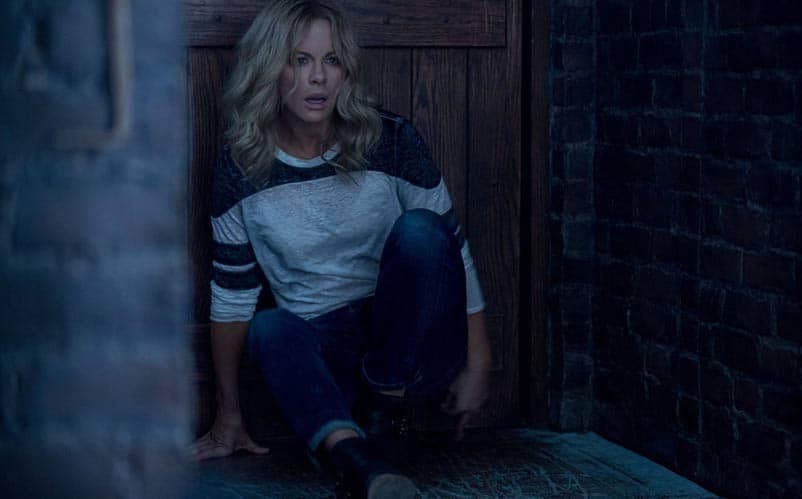 Now this could, and has, worked in the past however this is largely thanks to great chemistry, atmosphere, and solid writing. The Disappointments Room has almost none of this, offering up one of the most boring and utterly bland movies I’ve seen in some time. Both the first and second act are poorly paced, offering odd transitions and an incredible inconsistency with how Caruso attempts to portray Dana’s blight. We need to both feel sympathy and distrust with this character, however, Dana just comes out as utterly unlikable.

Beckinsale’s chemistry with her husband David (Mel Radio) is non-existent, which makes it very difficult to care what happens to either of them by the end. Even their child Lucas (Duncan Joiner) suffers from this as he doesn’t offer anything new or different than what we’ve come to expect from the horror genre. It’s a shame because the idea, at its very core, is actually really interesting and could set the stage for a classic atmospheric horror movie. Yet, there is an incredible over-reliance on jump scares that don’t pay off in any significant way.

Couple this with the haphazard cinematography and it renders The Disappointments Room a dull affair. One of the new ideas is that Dana is at times able to look back into the past to help her piece together what exactly happened to the family before hers. This could also be interesting, but Caruso not only randomly throws a blue color filter on to indicate changes in time, but only uses it sometimes. I understand the idea of the past and present molding together, but it barely works in any of the sequences. 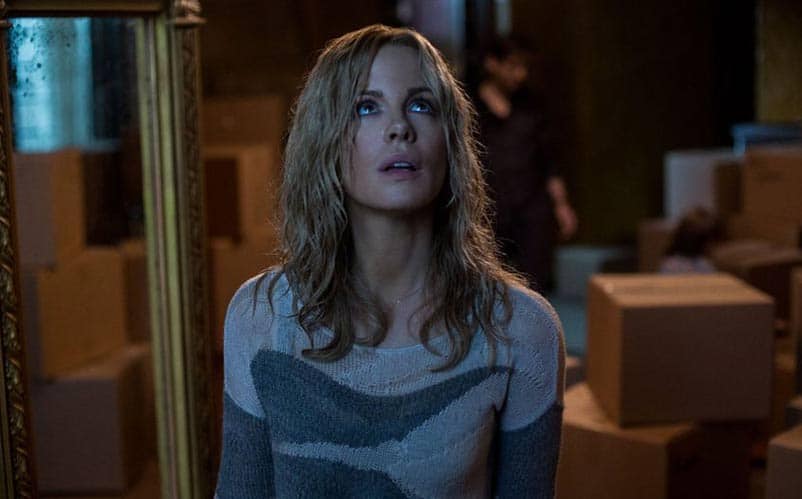 Even when the movie does pick up during the third act, it’s barely enough to salvage this trainwreck of a horror movie. There are some nice moments, particularly a dinner scene among the family and friends that works nicely and serves as an interesting high point for Dana’s paranoia. The other part that works is that the ghosts themselves and their backstory are genuinely compelling and it will almost make you wish that the entire movie focused more around them than Dana.

(Ending Spoilers, but seriously it doesn’t matter at this point).

Yet, the heart of the problem lies with The Disappointments Room’s inability to decide how it wants to finish the story. I imagine the film is attempting to be clever and leave the audience guessing until the credits role if it all was really in her head, but this doesn’t work. I’m sure it sounded smart on paper and gives the perception of being a deep, emotionally compelling film that we are supposed to discuss when leaving the cinema. Sadly, the film only rides on this superficial concept and doesn’t even take the time to develop it properly. There’s one moment in the entire movie where the idea of “maybe it’s all in her head” works effectively and it’s gone as soon as it arrived.

Overall The Disappointments Room is a movie that attempts to be a deep complex narrative essay about the human mind but is reduced to some scribbled down bullet points that are barely used. Even with a stronger third act, the movie’s pacing, acting, and general atmosphere fails to impress at almost any level. Saying that The Disappointments Room is a disappointment would be an understatement. This movie is a god damn train wreck that you should look away from. Just go see Don’t Breath instead.

Previous articleReCore Review
Next articleTell Me How I Die Review
Collin MacGregor
Collin is a complete film geek and the one person who actually likes playing the medic class. When he's not raiding in Destiny, making poor choices in Dark Souls, or watching Mad Max: Fury Road for the 100th time, you can find him writing for Nerd Much and Heavy.