The Purge is one of those unique horror franchises that has actually gotten better with every sequel. What started as a boring film with a great setting has morphed into a highly political and violent series of dark action movies. Now director Gerard McMurray aims to tell us how this even started with The First Purge. While this film delivers some fun moments, it ultimately falls flat thanks to a weak plot, poor writing, and lack of creativity.

Unlike the previous films in this series, the actual Purge is contained completely within Staten Island. The First Purge revolves around an anti-Purge activist named Nya (Lex Scott Davis), her younger brother Isaiah (Jovian Wade) and Dimitri (Y’lan Noel) a notorious gang leader. Each one of them has their own motivations and thoughts on the Purge which leads to their storylines crossing once the big plot twists and reveals begin. While we won’t spoil the reveals here, if you’ve literally watched any other Purge film then you know what’s coming.

While it’s nice to have consistency within the franchise, McMurray takes on the daunting task of explaining various aspects of the Purge. This opens up a lot of problems since the previous films never needed to dive into why people act like serial killers or where all the creepy iconography came from. By trying to elaborate on the origin of these aspects, McMurray ends up creating more questions than answers.

This is a movie series where you have to throw logic out the window otherwise you’d be buried in a sea of issues and plot holes. By the end of The First Purge, we only have a small understanding of why this event was so successful – even if it doesn’t fully explain a lot of glaring problems. 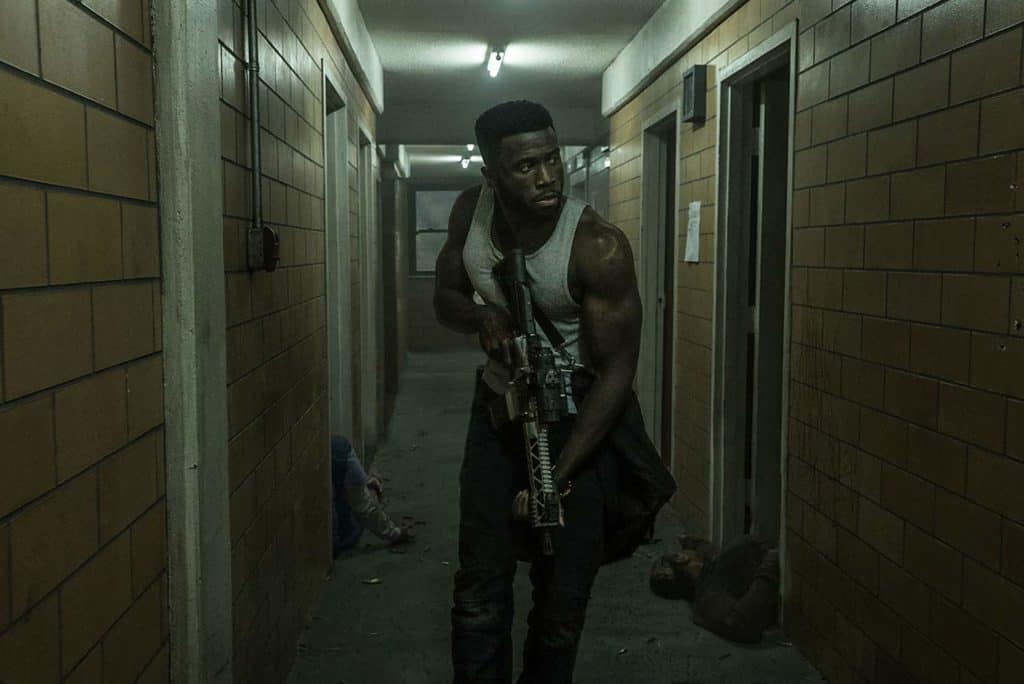 The Purge itself is also shockingly dull at times, but that is the point. A running joke with the series is the lack of people acting out literally any crime other than murder. We get to see what that would look like and how it’s perceived by the staff running the event. It’s a bit jarring because the first half of the film feels far more genuine than the latter. Knowing what The Purge ends up being going into the theater can make the mundane shoplifting and raves pretty odd in the larger context of the franchise.

However, once everything devolves into sheer chaos, McMurray doesn’t offer any iconic moments like the hunt in The Purge: Anarchy or murder tourists in The Purge: Election Year. There is one neat trick where all the Purgers eyes glow thanks to special contacts they have to wear, but the idea is ditched halfway into the film. It’s all pretty by the numbers, despite McMurray’s focus on interjecting real racial issues into the chaos.

This series has never been shy of delivering a message and McMurray makes his views very clear. The Purge has always been a great device to deliver political and cultural commentary when you look past all the insanity. There’s clearly a larger message here, but the blunt delivery of everything can produce some eye-rolling moments. In fact, most of the writing is pretty wonky with the exception of Nya and Dmitri. Both have great chemistry and there’s a nice depth to who they are. 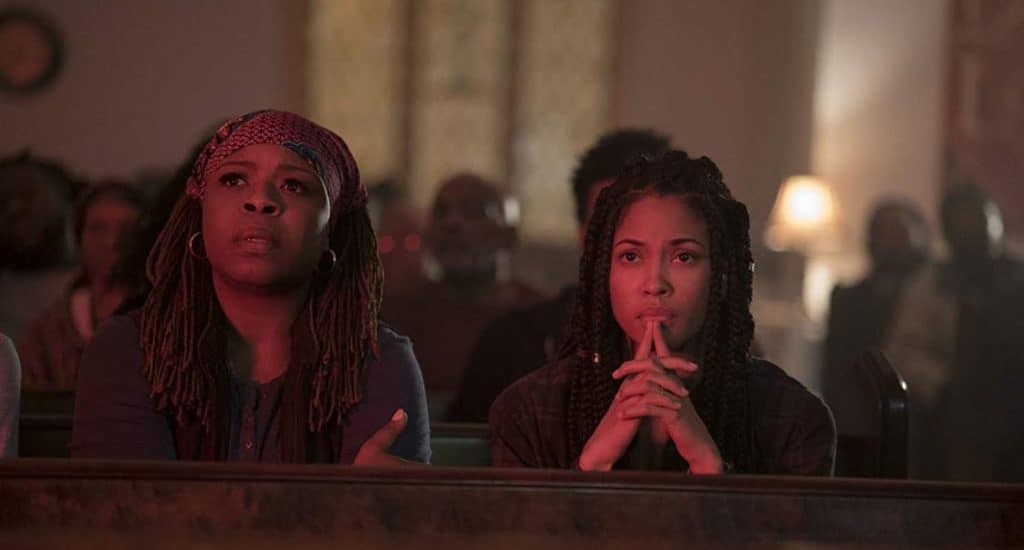 Isaiah, on the other hand, is a mixed bag and can often drag the story down. Some of his choices feel incredibly forced since we need to have someone be the vulnerable survivor out during The Purge. It doesn’t help that is main character arc abruptly ends in the middle of the film. He stops developing completely and is pushed to the side, despite being heavily featured early on in the film. Even though Wade gives a good performance, it’s not enough to save the character.

In contrast, Dmitri is a powerhouse and Y’lan Noel is an action star int he making. He has the best moments in The First Purge and is easily the most enjoyable aspect of the film. His relationship with Isaiah and Nya feels real and watching him progress from selfish gangster to a person protecting his community is a fun transition. Many of his fights are well choreographed and Noel is great at conveying the brutality of his fighting style. Despite the occasional bland shootout, there are some solid moments for action junkies.

In terms of terror, The First Purge has a few good jump scares, but nothing special. This franchise has continued to stray away from its horror roots, so don’t expect anything on the level of Heredity. The First Purge is a gritty, brutal action movie that has no remorse about beating you over the head with its themes. If you’re a fan of the first movie then you’ll have a good time with The First Purge. Otherwise, this is a film worth waiting to rent online.