The Fugitive Sequel In Development (Updated!) 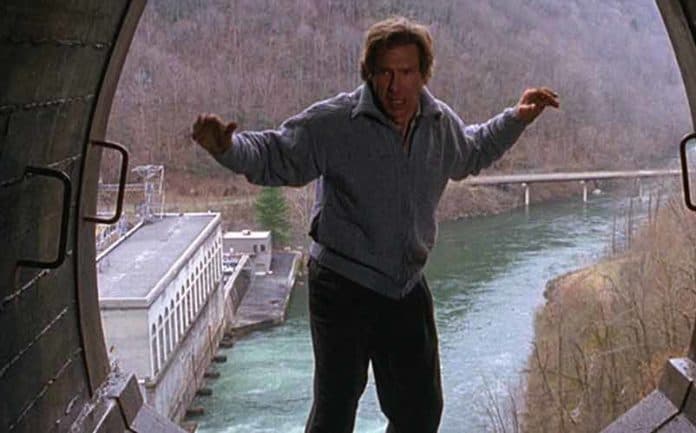 Update 8/25/18: This is literally the last we’ve heard regarding The Fugitive sequel, and this article is over three years old. As you’ll read below, the movie was originally supposed to begin production in early 2016. Occasionally, we like to hop into some of our older articles to see if there is any updated information to add. However, that’s oddly not the case, here, as Warner Bros. hasn’t given a single update since the original announcement.

Plus, we’d have to imagine Harrison Ford will be involved with the sequel (although we don’t know that for sure), and we learned that his next filming will be Indiana Jones 5 (which will film next year). So, when would he even have time to shoot The Fugitive 2 at this point?

2018 marks the movie’s 25th anniversary, so it’s a bit surprising that we haven’t heard even a mere mention of its progress or even if it is still in production.

Warner Bros. has announced that they’re developing a The Fugitive sequel.

According to Deadline, the sequel will be written by Christina Hodson and produced by Arnold and Anne Kopelson. There’s no word on whether or not Harrison Ford or Tommy Lee Jones will return.

The timeline for The Fugitive will see production begin in early 2016.

The original The Fugitive was released in 1993 with Harrison Ford being chased down by Tommy Lee Jones. It was based on the TV series, and was a huge worldwide success, bringing in over $369 million dollars on a $40 million budget. Clearly, The Fugitive was a huge success for Warner Bros. In 1998, Tommy Lee Jones returned for the sequel, U.S. Marshals, which also starred Wesley Snipes and Robert Downey Jr.

This is certainly an exciting sequel, and we’re anxious to learn who will be starring in the upcoming action movie. We’ll be keeping a close eye on this one, so stay tuned to Nerd Much’s Movie News.