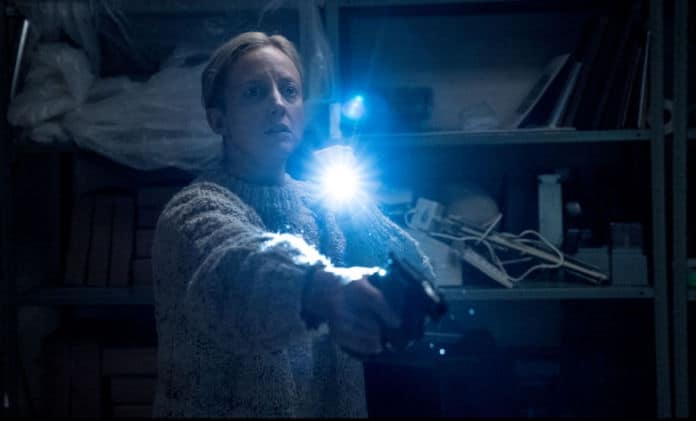 Some of you reading this might be too young to remember, but there was a time when American remakes of Japanese horror films were all the rage. Popularized by Gore Verbinski’s 2006 film The Ring, studios began reproducing their own twists on popular Eastern films such as Pulse, Ju-on, Dark Water, Shutter, and The Eye. Most of the movies lacked the nuance of the originals, but we couldn’t seem to get enough of terrifying women with long black hair. This trend, like most in the horror genre, was run into the ground because no one in Hollywood understands moderation. I’m mainly talking about all this because it’s frankly more interesting than the most recent iteration of The Grudge.

Described as a “sidequel,” The Grudge is set after the events of the original remake, but before The Grudge 2. Unlike the rest of the franchise, The Grudge takes place in America instead of Japan. This change in setting is due to a woman becoming cursed and deciding to flee back to the States, believing it will keep her safe. It doesn’t. After the violent death of her entire family, a new house becomes cursed and it’s up to newly widowed police detective, Muldoon (Andrea Riseborough) to figure out what’s happening.

What follows is perhaps director Nicolas Pesce’s cleverest idea, as we get to see several different people’s interactions with the house over the course of a few years. Played out in short vignettes scattered throughout the film, these act as exposition dumps help establish the main ghosts, characters, and history.

It’s a clever way that subverts the whole trope of the main character spending 30 minutes doing research and finding all the answers in some dusty file or newspaper clipping. By themselves, these vignettes are the best and scariest part of The Grudge. One revolves around a real estate agent (John Cho) while another focuses on another police detective who becomes obsessed with the house. Far and away the best of these short tales is the Matheson family, which depicts a husband trying to help his elderly wife who is becoming increasingly detached from reality. 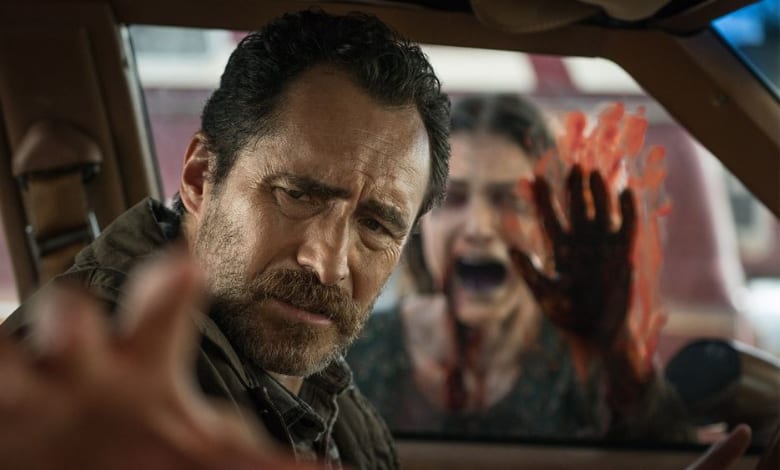 There’s a sadness and emotional weight to this story that doesn’t appear throughout the film. The idea of a man who sees the vindictive spirits as welcoming and not hostile makes for an engaging spin on the traditional haunted house. It’s a change that could have really invigorated the story while adding additional tension since we already know the spirits are more interested in murder than anything positive. A lot of this vignette’s strength is thanks to Lin Shaye and Frankie Faison, both of which give superb performances. It’s just a shame that the sporadic pacing of The Grudge hampers one of the story’s best subplots.

Inversely, Pesce does a terrific job establishing an oppressive atmosphere that rarely feels safe, even in quieter moments designed to let the audience breathe. Unfortunately, a lot of the actual scares act more like a “best hits” list of scares from The Grudge franchise. Even though Pesce gives them their own unique twist, a lot of these are uninspired and easily predictable.

The Grudge is at its best when the film slows down and lets the paranoia set in. A lot of this is thanks to the solid cinematography that often frames shots in a way that constantly has you looking in the background. Yet, its over-reliance on jump scares and creepy ghosts popping out drastically reduces the movie’s impact. 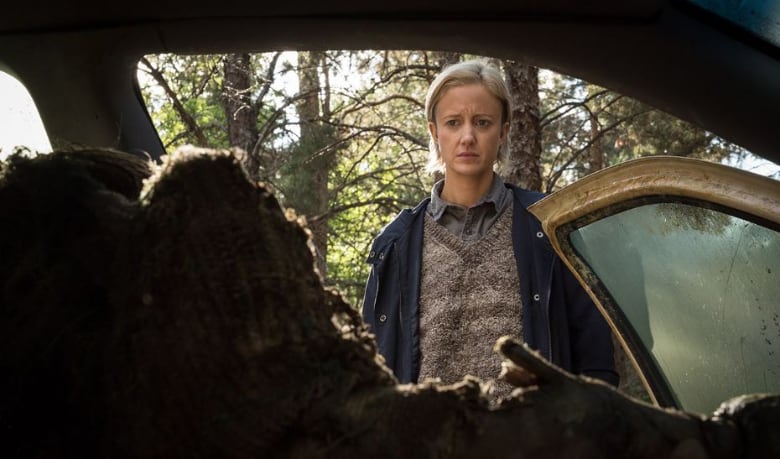 It doesn’t help that the “spirits” this time around aren’t that terrifying on their own. Kayako, The Grudge franchise’s main spirit, only appears a handful of times. Most of the spooky leg work is handled by her victims, including a creepy little girl that feels like an amalgamation of every scary kid trope ever conceived. Unlike Kayako, the spirits simply exist to spread fear and lack a compelling backstory that really makes you afraid of these supernatural beings.

Tying this all together is Muldoon’s story which ends up being the most boring part of the entire film. Between each flashback typically get one spooky scene that shows the ghosts getting closer to the woman. It’s effective the first time, but when you realize this is all The Grudge has up its sleeve, you’ll quickly grow bored of it. She also has a young son, but it’s easy to forget about him since the film barely uses him except when something scary needs to happen.

The Grudge is a perfect example of a unique idea that’s poorly executed. Breaking the plot up into multiple short stories sounds great on paper, but Pesce seems hesitant to ever fully commit to the direction. Instead, the film goes back and forth, too afraid to just pick a lane. Even with solid performances from the cast, The Grudge ends up being a bland slog that never fully reaches its potential. The Grudge is an aging rock band, desperately attempting to stay relevant by just playing the classics without ever bringing anything new to audiences.

Previous articleStar Wars: The Rise of Skywalker Review
Next article33 Best Harry Potter Backpacks
Collin MacGregor
Collin is a complete film geek and the one person who actually likes playing the medic class. When he's not raiding in Destiny, making poor choices in Dark Souls, or watching Mad Max: Fury Road for the 100th time, you can find him writing for Nerd Much and Heavy.