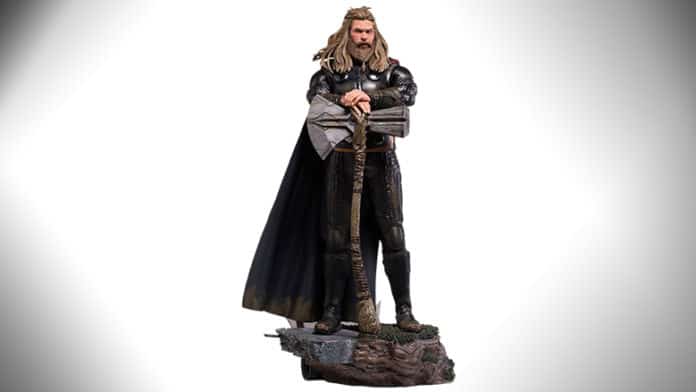 Ever find yourself at home worried about an attack by dark elves, frost giants, or even Thanos and his Black Order? Well, fear for the safety of your home no longer as you now have the chance to pre-order your very own God of Thunder. Proudly presented by Sideshow Collectibles and expertly crafted by the masters at Iron Studios, this Avengers: Endgame – Thor 1:4 Scale Legacy Replica Statue is a must-have for anyone who calls themselves a Marvel fan.

Featuring the fully detailed, armored version of the character as seen in Marvel’s record-shattering blockbuster, Thor is depicted as being perched atop the ruins of Avengers’ headquarters with his hands firmly placed on the eye of his axe, Stormbreaker.

However, this Thor is not relegated to only one weapon in his arsenal. Much like how he wields both Stormbreaker and his signature hammer, Mjolnir, at the climax of Endgame, so too can this statue be equipped with both weapons by way of a swappable left arm. Will you have Thor look like a stoic protector, hands-on Stormbreaker, as he surveys all before him? Or will you choose to display him as a ready-to-fight Asgardian warrior?

With his flowing hair, billowing cape, and menacing scowl, this statue can serve as either the perfect addition to any pre-existing collection or the ideal start to a growing passion for collectibles. Thor can be displayed on his own, but keep in mind that he also groups excellently with the recently revealed Captain America and upcoming Iron Man 1:4 Scale Legacy Replica Statues as well.

The cost of this item is currently $760 via Sideshow Collectibles, and it is estimated to ship out between January – March 2020. 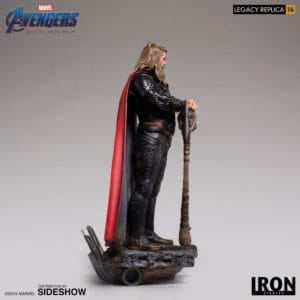 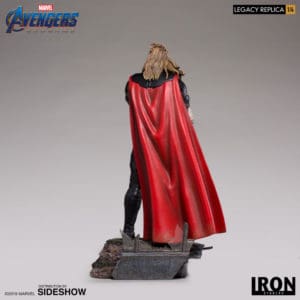 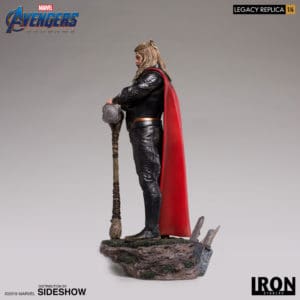 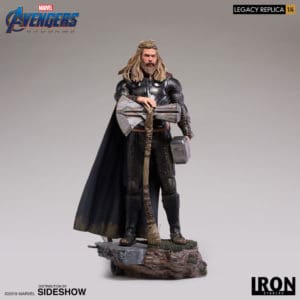