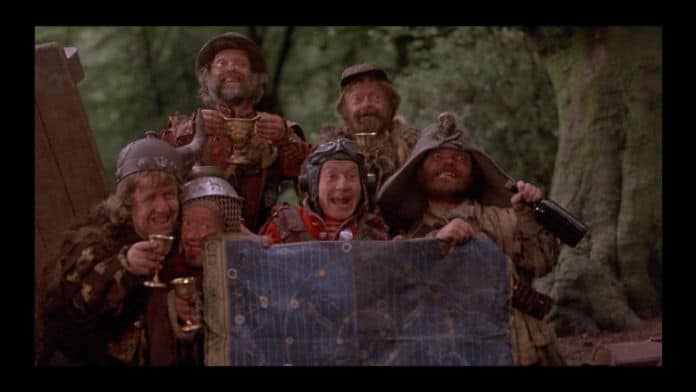 A Time Bandits TV show has been gestating for Apple TV for quite a while now, with little apparent progress being made. Today though, the upcoming sci-fi series has taken a huge leap forward, as Thor: Ragnarok director, Taika Waititi, has signed on to write and direct the pilot episode of the show.

This is a huge get for the series’ production. Getting the much sought after Taika Waititi on board delivers immediate credibility for Apple TV’s Time Bandits TV show. Waititi will also earn an executive producer credit for his efforts. He’ll share the designation with Time Bandits creator Terry Gilliam. As well as People of Earth’s Dan Halsted.

The Time Bandits TV show will retell the events of Gilliam’s 1981 movie. In it, an 11 year old boy named Kevin discovers that his wardrobe hosts a magical portal. The portal eventually sees a group of six dwarves using it to escape their world, entering into Kevin’s bedroom.

Having an incredibly important map in their possession, the dwarves are being tracked by an entity known as the Supreme Being. And with the Supreme Being hot on the dwarves heels, Kevin reluctantly joins the group on an adventure across space and time to escape him, encountering a slate of significant dates throughout history along the way.

In addition to Apple’s involvement with the Time Bandits TV show, Paramount TV, Anonymous Content and Media Rights Capital are all signed on to co-produce. No timetable has been established yet for when Waititi would begin filming, but his involvement in directing the show’s pilot certainly indicates the proverbial gears are in motion.

And with Apple TV’s Time Bandits TV show added to his resume, Waititi continues to be one of the busiest men in the business. The director recently wrapped his latest film, Jojo Rabbit, which should arrive in theaters this fall. He and Jemaine Clement’s What We Do in the Shadows series hits FX later this month. And he’s also been announced as one of several directors on Jon Favreau’s upcoming Star Wars series, The Mandalorian.

Check out more of the latest sci-fi news here.

Previous articleNew TV Shows Premiering in 2019 (That We Actually Care About) [Guide]
Next articleGame of Thrones: Oathbreaker Board Game is about Backstabbing and Betrayal