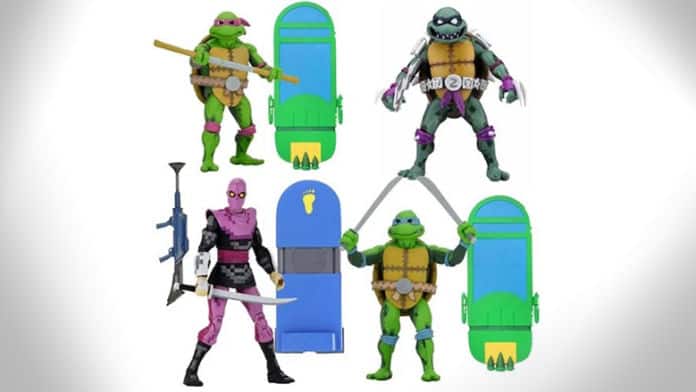 Everyone’s favorite pizza-eating sewer dwellers are back with these 4 individually packaged 7-inch scale TMNT: Turtles in Time action figures. Pulled straight from the wildly popular Teenage Mutant Ninja Turtles: Turtles in Time arcade game, Donatello and Leonardo are in for a fight. Releasing alongside two of the turtle quartet are figures of a Foot Soldier and the deranged turtle villain, Slash.

Each figure is packaged separately and comes with accessories to complete their look. Donatello comes packaged with his bo staff while Leonardo can wield his signature katanas. Both turtles come with a hoverboard display base, which is pulled directly from the 90s arcade game. Slash comes with a jagged sword used to go toe-to-toe with Leonardo. The Foot Soldier also rides in on a hoverboard and comes with a gun and a sword. 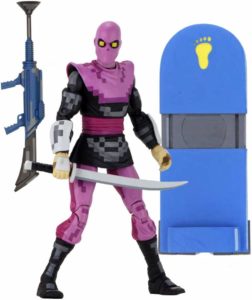 Pose each figure using the multiple points of articulation to create a Turtles in Time display that perfectly captures the fun of the arcade title. Pit the Teenage Mutant Ninja Turtles against these two foes for an exciting display and recreate some of the most memorable moments from the arcade cabinet that ate our quarters.

Can Donatello and Leonardo take on a Foot Soldier and Slash on their own? Something tells us these Heroes in a Half-Shell can hold their own!

Previous articleBatman: The Animated Series Bust (1:2 Scale 3D)
Next articlePlaymobil Back to the Future DeLorean Set