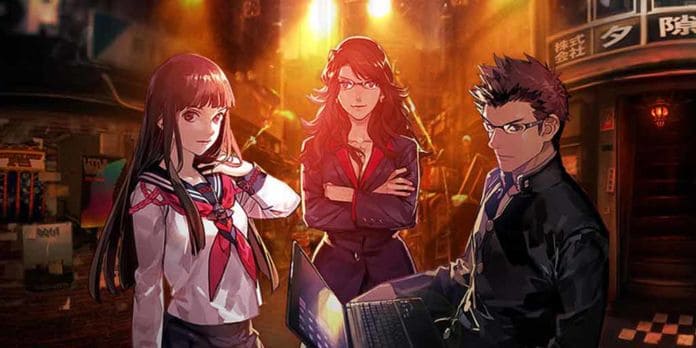 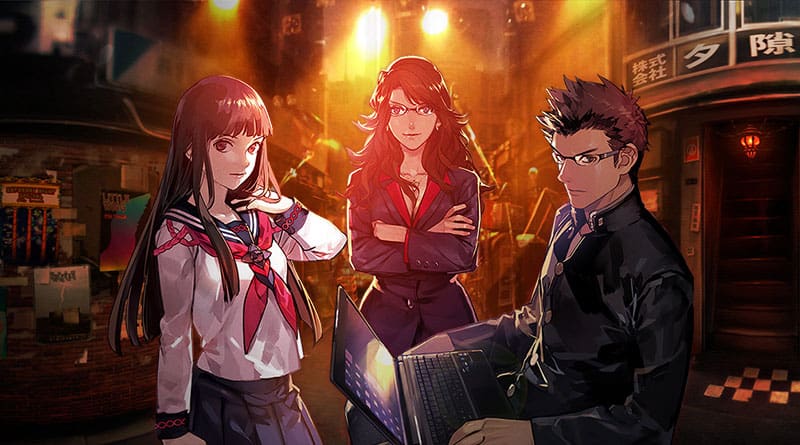 Presented as a visual novel, Tokyo Twilight Ghost Hunters is a fun, unique experience for fans of horror, Japanese games/visual novels, and strategy based combat.

Originally released in 2015, Tokyo Twilight Ghost Hunters was praised for its story but had some much-needed improvements. However, Daybreak Special Gigs, an updated version, was soon announced, revising the battle system and adding new content. This review will cover Tokyo Twilight Ghost Hunters: Daybreak Special Gigs and the improvements over the original game. Let’s get started. 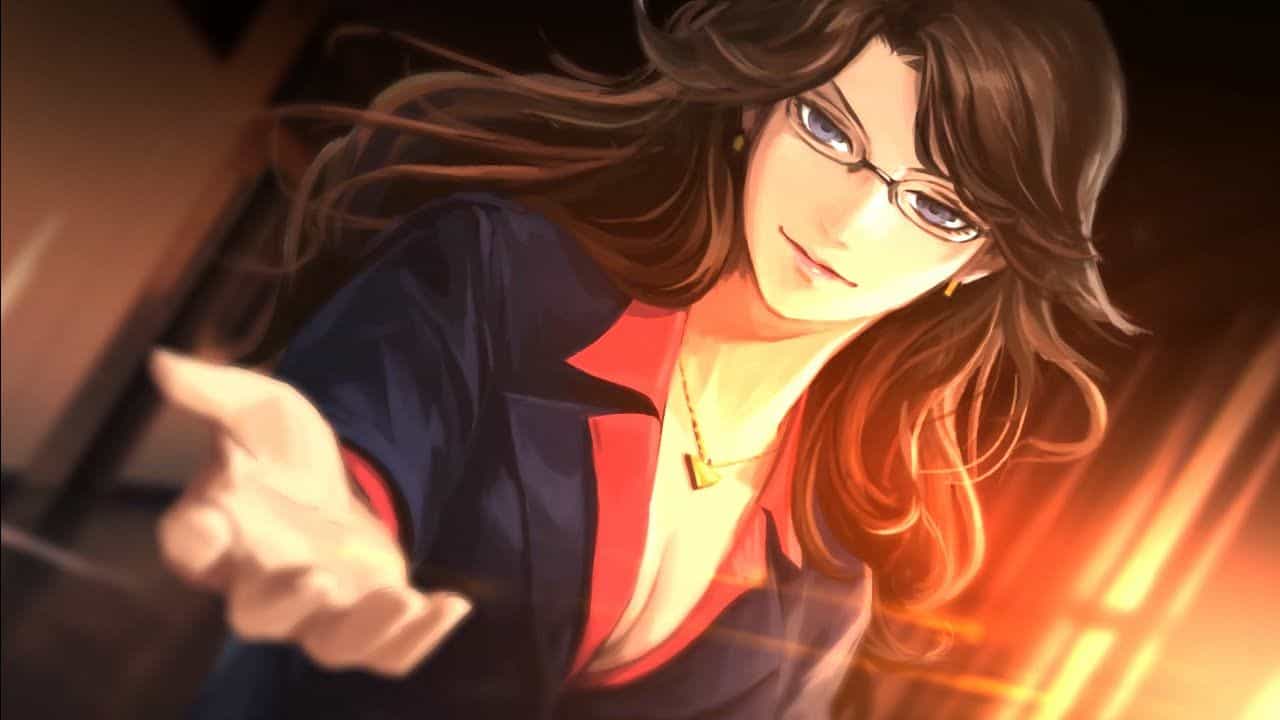 What makes a good ghost story? A good paranormal narrative has likable characters, dark/creepy themes, and well-written dialogue. Tokyo Twilight Ghost Hunters has all of these things and more, making for a memorable and unique visual novel that deviates from the common formula.

On the first day of class, the protagonist ( a transfer student) is whisked into the world of ghost hunting after an encounter with certain members of The Gate Keepers. Although it is pretty cool you become a ghost hunter, it does happen rather quickly. The characters know next to nothing about the protagonist and he suddenly becomes part of their group after a tour with the student council president, Sayuri Mifune. However, that’s okay, because the story makes up for it.

Heading towards the roof, the story introduces its dark undertones. A girl committed suicide at random one day at school, and Mifune is trying her hardest to solve the mystery. Soon after, a girl in a flowing white dress appears pointing to a ghost. She says, “Defeat him…” and this is where the battle begins.

The opening to this story is really cool, and it gets even better. After successfully defeating a ghost, the protagonist is offered a position at Gate Keepers, an occult magazine publishing company that does ghost hunting on the side. The CEO of Gatekeepers, Chizuru Fukurai, publishes the occult magazine, taking on exorcism jobs. This premise is really done well, and it’s awesome to see how the colorful characters and members interact.

In Daybreak Special Gigs, there are new features in which players can spend more time with the characters. Since this is my favorite part of the game, I can especially apperciate seeing more of the characters I love.

Additionally, one of the new features is a “Daybreak” scenario which was added to the original game, bringing more content and an additional storyline for those who have already played the first release. 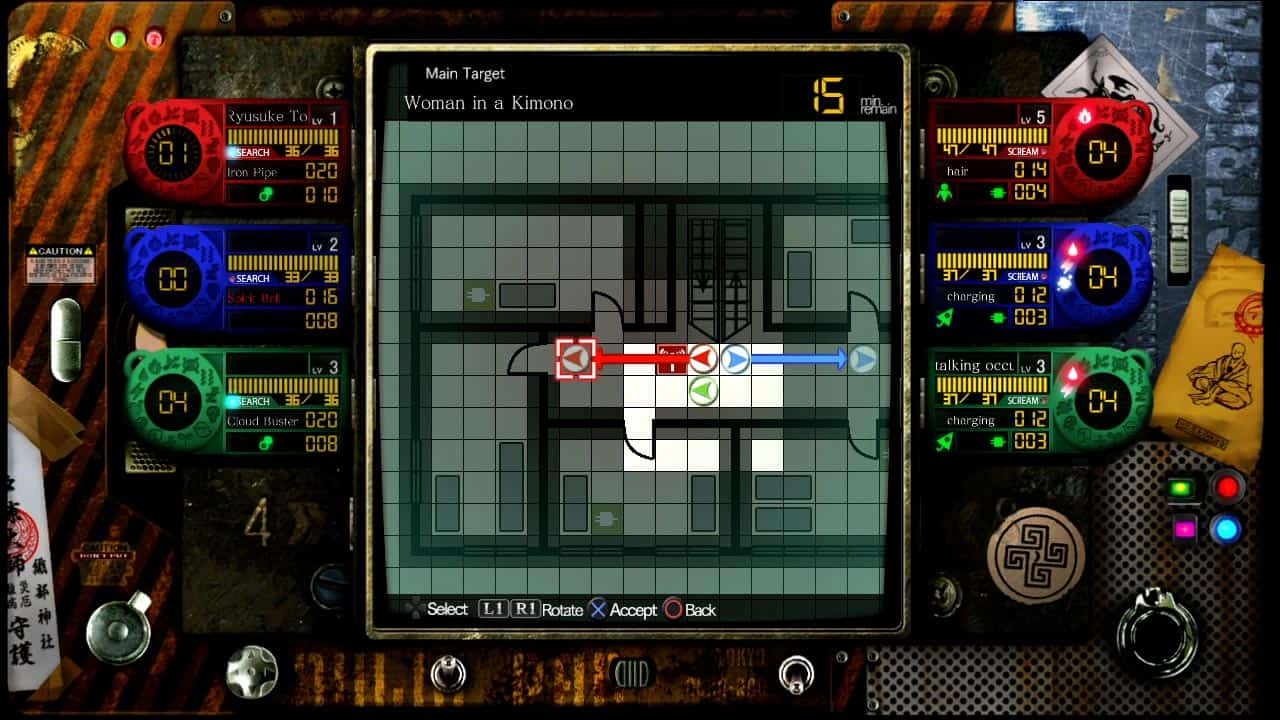 Visual novels are known for having conversational and dialogue choices in which players can interact with the characters. However, Special Gigs takes it to a whole new level. Instead of only having dialogue options that can raise affinity with characters, players can use sensory options to interact. At certain points, players can choose between a wheel with 5 emotions (Love, Friendship, Anger, Sadness, Anxiety ) and a sensory wheel (Taste, Hearing, Touch, Smell, Sight). How it works is that you choose the emotion you wish to react to and how you will act on that emotion or ignore it completely. At first, I didn’t know what I was doing, so I picked Love and Taste, thinking I would be flirting with a girl. However, I apparently tried to kiss her. This was quite amusing.

I have never seen such an incredible social system in visual novels. Each choice has a reaction from the character and it relates to the scenes. For example, if you want to investigate residue, you can touch it gently or forcefully, or even try to taste it.

Other features are unlocked later on, including sixth sense.

There are also romance options and more social content that can be seen through training with partners, which is great for any fans of that genre. New characters exclusive to Daybreaks, flesh out the story and are very well written.

Time to fight ghosts, SRPG style! Although it’s vastly improved over the original battle system, Tokyo Twilight Ghost Hunter’s combat isn’t the best when it comes to SRPGs. It’s great conceptually, especially since you have to move around the room in order to sneak up on ghosts — like any SRPG, you have to move your characters on the field. However, the field is a grid with many elements and the actual space is only shown when you come in contact with a ghost. This time around, there are many more tutorials and features to help you get through the missions. However, sometimes it’s not enjoyable until you get the hang of it. It’s hard to move the characters exactly where you want them and predict where the ghosts will go at times.

Don’t let the battle system be a reason not to play the game. The enhanced version definitely made improvements that make the combat much more playable than before. I just wish there was something more to it. However, it is pretty fun to cut down ghosts before the timer runs out!

Players can save their game in the Editorial Department, as well as take on various requests, brief, receive floor plans for missions, go to the store, equip/train with teammates, and more. There are really a lot of details in this game that go beyond the menu screen.

One of the most remarkable things about Tokyo Twilight Ghost Hunters: Daybreak Special Gigs is the beautiful art, which deserves a mention. The backgrounds and character designs are stunning, full of color and detail. The enemies also have this style, and it’s just so nice to look at when they appear in missions. On the PS4, the visuals are fantastic.

Tokyo Twilight Ghost Hunters : Daybreak Special Gigs is an enhanced version of the original game released in 2015 that takes the world a step further with improvements of combat and additional content. The story is where this game shines the most, featuring ghost hunting tales and interesting characters. Combat can be a fun experience at times, but it is hard to get used to. For those who are into Japanese games, visual novels, and paranormal stories, this game is definitely worth a look.

Previous articleThe Magnificent Seven 2016 Review
Next articleBattlerite: The Perfect MOBA Game for Those Who Hate MOBAS