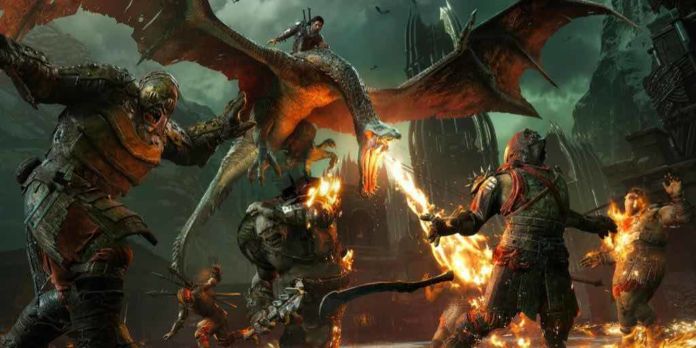 Here is my top ten list of games that will be released in the month of October. Only one horror game is on this list, The Evil Within 2, so it had better live up to Halloween expectations. 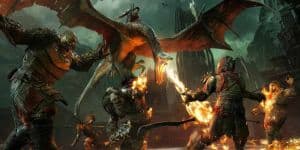 There’s certainly lots to look forward to this month, games that we’ve been waiting on for far too long. Please enjoy and let us know which games you plan on picking up in the comments below!

A game that has had way too many trailers and marketing. Despite that, Shadow of War still looks like a great game. The Nemesis system appears to be updated and more integral to the main plot than the previous games. It includes more player interaction and story-based decisions that actually affect the main game, even it is in a small way.

For those that missed all the developer videos and gameplay trailers, Shadow of War is the sequel to Shadow of Mordor. You can climb like Ezio from Assassin’s Creed and your attacks are just as good. Shadow of War has made itself more unique however, keen on more rogue-like abilities than assassin’s and less revenge, more saving the world.

From what we’ve seen, the story looks well-written, the art style is amazing, voice-acting on point, and gameplay polished. Hopefully the full game will uphold these impressions.

A lot less marketing than Shadow of War. The Evil Within 2 is a horror game directed and produced by Shinji Mikami. It is as yet unclear if the mistakes and glitches from the first game are corrected. Though with the time that has passed since, funding (hopefully) will have translated to taking advantage of improved technologies.

Nonetheless, the story continues with Detective Sebastian Castellanos having lost everything but his life. An opportunity comes along for Sebastian to rescue his daughter from the world of STEM he had barely escapes himself. We know that one of the main villains is a photographer in love with death and disaster. He sets the mood brilliant in the trailer, I do hope the same can said for when he appears in the game.

Gameplay does appear to have changed, giving the player more options to avoid combat entirely. However if that is actually possible remains to be seen. As the only horror game coming out this month, we can only hope Mikami will help Evil Within 2 Live up to his name.

The Nintendo Switch headliner that is sure to sell like crazy this holiday season, Super Mario Odyssey has all the trademarks of the old Mario games we know and love from N64 days. It takes advantage of Switch’s best feature: local co-op multiplayer. Just hand the Joy-Con over and your friend can play the part of Cappy while you play Mario.

Super Mario Odyssey is packed full of exciting new worlds to explore. Each one has it’s own gimmick or main puzzle quest to solve. Thus far, all these worlds are stunning from a graphical/art style point of view. Luncheon Kingdom has beautiful bright pastels, or the Seaside Kingdom with the most amazing water effects I’ve seen since The Witcher 3‘s oddly tropical colored ones. Though Donk City still creeps me out.

This October we’re sure to find out if Super Mario Odyssey will live up to the hype and if there is more to these Kingdoms than pretty colors, and it’s our most anticipated game of 2017.

Well, Ubisoft had an entire extra year to make this game. Expectations were high, especially when fans heard the game would be placed in Egypt – going “back to the roots” as it were. Since then we’ve received plenty of trailers, length gameplay videos, and equally long interviews expertly talking around the game. Assassin’s Creed Origins has only one significantly unique game mechanic: the eagle scout. We haven’t seen much of anything else, like the main character using a shield in combat (something that was hinted at in a leak).

Otherwise, Ubisoft boasts a board new story, wide open areas to explore, and plenty to do. I think we all know too well what all that actually means coming from Ubisoft. New story = different perspective on the same one. Wide open areas = one city after another. Plenty to do = ten million collectables.

Perhaps we’ll be lucky and Ubisoft has been hiding a great game under terrible marketing. Be sure to let us know what the case is if you pick this one up.

This game is already out on the PS4 and Xbox One (and we’re loving it), and now on PC. This is the first time the series has made it to the PC; there’s a whole section of players joining the amazing world of Destiny. It’s an all new story too, with powers being stripped from the Guardians by the villain of the game. The motivations of which appear to be destruction and dominance over all existing planets.

Though at first it may seem like Destiny 2 is nothing more than a glorified DLC, there is more than meets the eye here. It is in the little things, like some changed or revamped gameplay mechanics, or how clans are organized to better accommodate solo players.

If you’ve been a fan of Destiny, the sequel is definitely something to pick up. Be sure to check out our review for more information on what’s different what isn’t.

You would think that a game about gunning down Nazis in the most ridiculous way possible, would never reassemble a political narrative. Yet here we are. The New Colossus takes players to a world where WWII was won by Germany. They’ve spread themselves all the way to America, keen to infiltrate the new regime of German-only societies with no more milkshakes or chocolate.

Most of the game’s world building has come to us through a variety of videos from Bethesda, like fictional game shows or reality tv clips. Knowing the series, it’s more than likely that these videos are the best world building techniques we’ll be seeing. Wolfenstein is a game far more focused on being silly and outrageous than it is serious and plot driven. There will be no Inglorious Bastards here, despite what a great video game that film would make.

Nonetheless, The New Colossus is a call to topple the Nazi regime with another American revolution. It is once again up to the player to make America great again.

After the success of Hyrule Warriors, a similar game for the Fire Emblem franchise seemed natural. Though the series is known for its top-down strategy combat, Fire Emblem Warriors is entirely a hack n’ slash game. Much like other games from Koei Tecmo studios, the player will be fighting waves and waves of enemies with a series of special outbacks and combat moves.

Normally the Warriors games are not known for their story content, however Nintendo’s trailers have implied that the RPG element so famous of the series will still be there. It seems as well that the top-down combat is not completely gone, but it looks very different compared to the other games. This was only hinted at in the latest Nintendo Direct trailer, so it’s not entirely clear.

You can battle as almost any of the Fire Emblem characters including Chrom, Corrin, Ryama, Marth, Xander, and plenty more. You can even combine two heroes for a special combo. Though this feature has nothing to do with multiplayer. There has been no mention of Fire Emblem Warriors taking advantage of co-op multiplayer.

If an MMO was scaled down for a console, Elex is what it would look like. Elex has garnered enough interest because of its publisher, known for coming out with odd ball RPGs. Elex is certainly the more unique title, however. This game focuses on a sci-fi world built around a substance called elex. There are a number of classes you can choose, including: Berserkers, Albs, Clerics, and Outlaws.

Each class treats elex differently. The Berserkers, for example, use it to give themselves apparently magical powers. Or the Clerics, who believe consuming elex is a sin, and instead use it to power their technology. This puts the Clerics in direct conflict with the Albs, who use elex in more measured quantities. As such, the Albs have a keener eye for battle and more readily use elex for strength.

As you can tell, it certainly seems like Elex is heavy on the story and diverse in combat.

South Park: The Fractured But Whole

The official sequel to South Park: The Stick of Truth from creators Trey Parker and Matt Stone. It’s an all new adventure with old friends Stan, Kyle, Kenny, and Cartman. All follow the player, New Kid, on a crime fighting mission. South Park must be saved by old and new friends, in the form of The Coon, Mysterion, Toolshet, and Human Kite. There are plenty more characters to join the fight, though they haven’t been explicitly named yet. The Fractured But Whole is sure to have more of the humor that makes South Park so famous. From fart jokes to political commentary, you can never go wrong with a game like this.

That said, I will never forget Ubisoft’s brilliant Nosulus Rift promotion. It’s totally real and there are a few people out there brave enough to have tried it and wrote about it. I almost wish this wish something anyone would buy, but alas it was only for marketing. Would you buy the Nosulus Rift if you could? Let us know in the comments below!

Yet another racing game to add to the Microsoft exclusive list. This one stands out among the rest with over 700 new cars that are customizable, 30 locations (all from previous games), weather systems (seen only in Horizon titles before), and customizable drivers.

This game has also been optimized for the Xbox One X. It will run at full 4K and 60FPS. As most racing games are very much focused on looking pretty than anything else, this upgrade will be advantageous.

That said, the scenery and tracks are admittedly not as eye-catching as most Horizon titles. It also really doesn’t help that none of the tracks are new to the series. Still, the Forza series are the best racing games on console. So if you’re looking to scratch that racing itch, give Motorsport a try and see if it is the kind of racing game you’re looking for.

Previous articleHalloween Finale Will Star Jamie Lee Curtis
Next article6 Foot Tall Jack Skellington Statue
Rhys Pugatschew
Rhys found his love of gaming in Zelda and expanded to almost all genres. He will be bringing you the latest news in the industry. He has worked for ZeldaInformer and CheatCC, happily writing his opinions for all see!