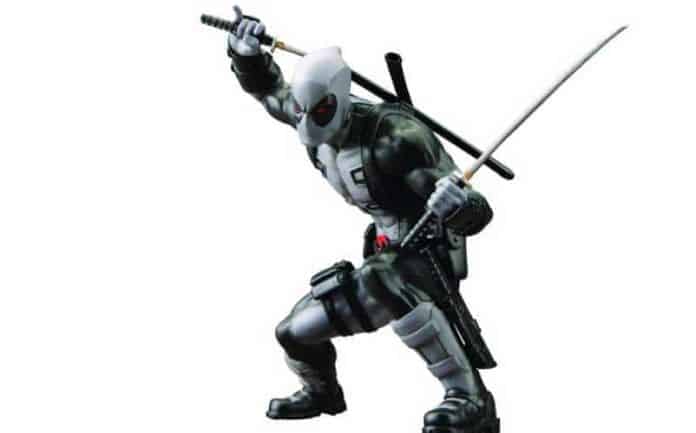 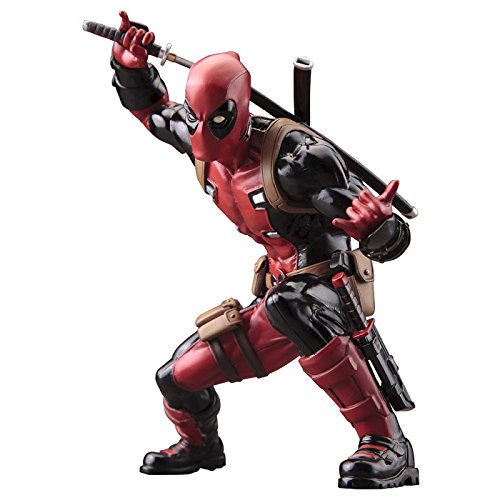 We’ve seen a metric ton of truly badass Kotobukiya statues over the past few years — they’re really putting out some cool stuff. Recently, the company put out an amazing Batwoman statue, a She-Hulk statue, and a slew of other great action figures. Now, add an X-Force edition Deadpool statue into the mix.

The X-Force cannot be stopped. We haven’t seen a lot of X-Force x Deadpool merchandise, which is a bit disappointing. But, this Japanese import statue by Kotobukiya has a beautifully sculpted Deadpool in 1:10 scale, standing 6″ tall. He’s shown crouching and ready for attack as he grasps one of his swords from the sheaths on his back, with the other already in his hand.The feet are magnetic for stability on the base. It also comes with a little yellow box and whiteboard marker so Deadpool can do what Deadpool does best: talk shit.

The statue is a great addition to Kotobukiya’s ARTFX+ line. Of course, he is in the exact same pose as the other Kotobukiya Deadpool statue, but we won’t tell anyone.