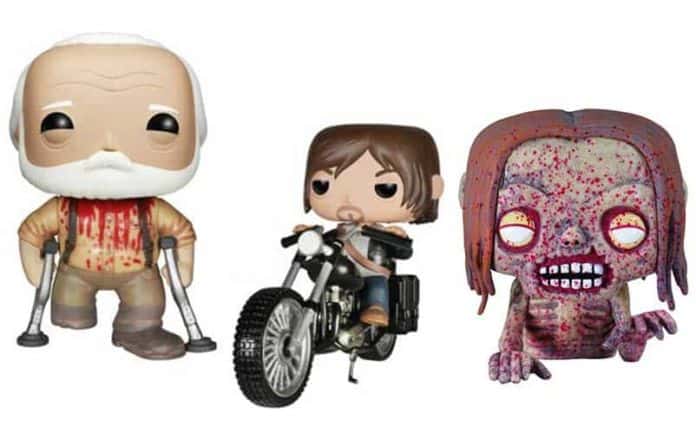 No company in the licensed gifts and collectibles industry has more licenses and rights to create characters than Funko. Thus, it is not surprising that the company is behind the creation of so many great The Walking Dead Funko Pop vinyl figures.

Currently, the firm sells over 1,000 different licensed figures to collectors, lovers of geek toys, and nerd culture-enthusiasts all over the world. The Walking Dead fans aren’t any different, as they’re rabid for The Walking Dead Funko figures.

Below is a list of the top 10 best Walking Dead Pop vinyl figures that are worth searching for: 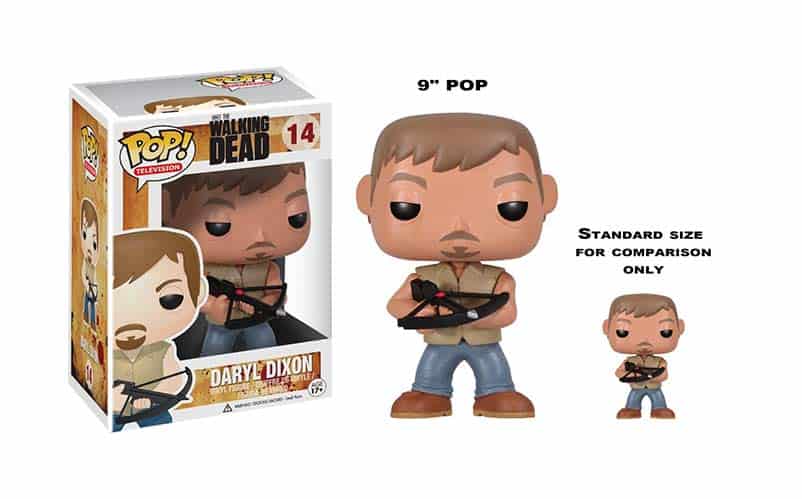 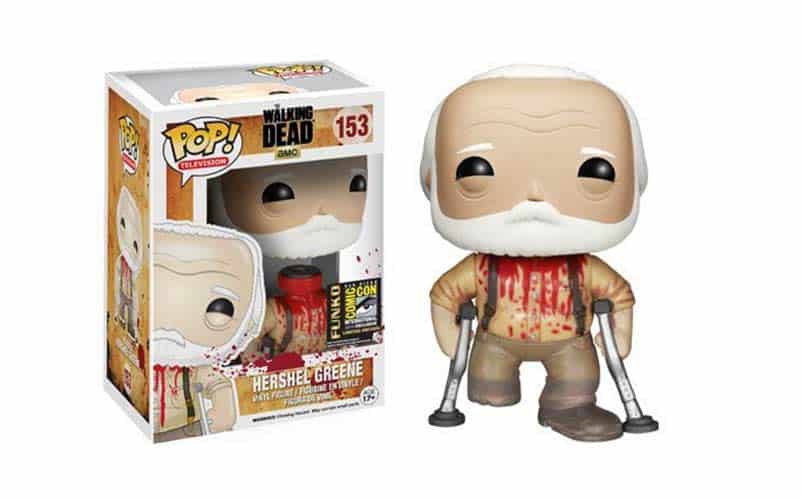 This limited edition Funko Pop figure is a must-have for any serious Walking Dead collector. The reason being that the figure is based on Hershel, one of the most beloved characters to appear in the TV series. The figure features a removable head and a bloody torso. In true Funko fashion, the details on this figure are exceptional. Of worth noting is that this vinyl figure captures the devastating moment when Hershel dies in the TV series. 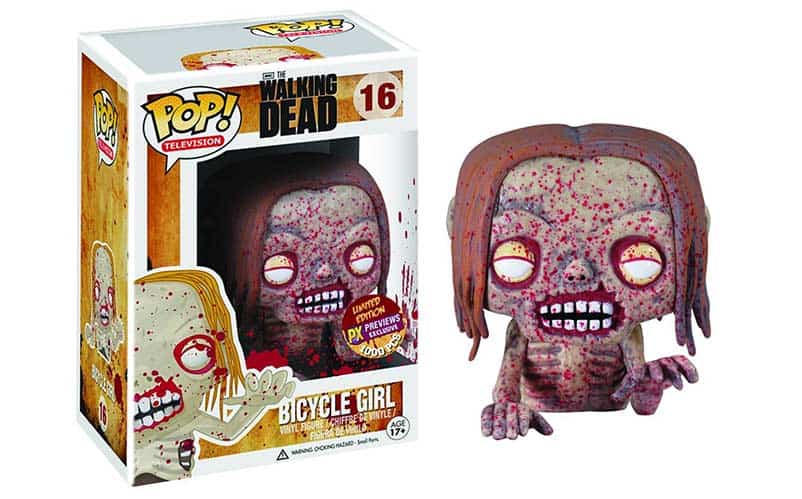 Another must have vinyl figure based on AMC’s hit series is the Bicycle Girl Zombie Vinyl Figure. This figure features Funko’s stylized design and cutesy details, which makes it one of the cutest little zombies available. For those not in the know, it’s a blood-spattered version of the TV series iconic bicycle girl zombie from Season 1. Standing 3 inches tall, the figure is available exclusively to comic shops and comes in a window box packaging. It’s not a figure that’s easy to find in stores, so your best bet is to pick it up online. 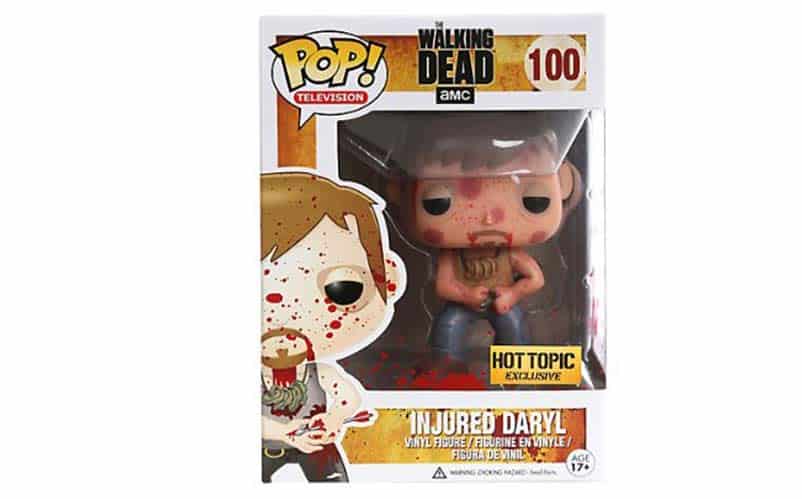 The Bloody Injured Daryl figure is one of the rarest vinyl figures, as it was produced in limited quantities as a Hot Topic exclusive. It has a fun, stylized and funky look that appeals to most collectors. For added effect, the figure is the only Daryl Dixon figure that has blood spatters, which is probably why it’s considered so rare. Measuring 3 3/4inches tall, the figure weighs a meager 0.6 ounces. 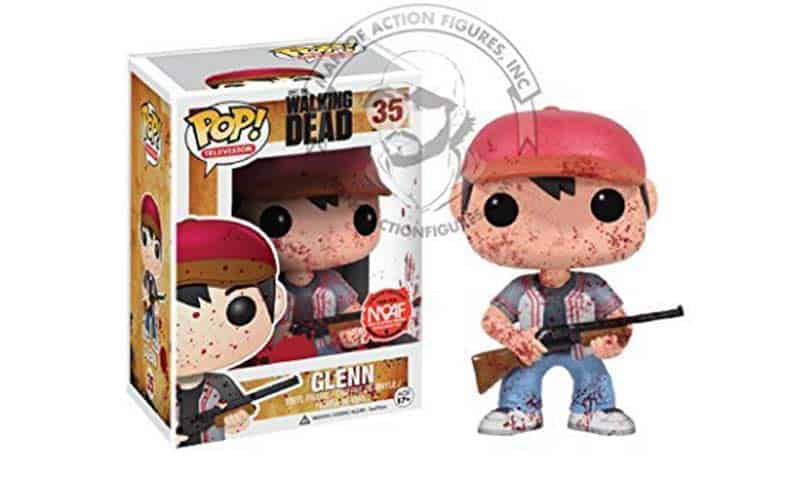 The Man of Action Glenn Figure is yet another rare vinyl figure. Only 1500 pieces of this vinyl figure were ever produced. This rare Walking Dead Funko Pop has blood spatters and holds a gun. Especially after the recent events in the series, it’s a figure that should be held near and dear to its owner. To acquire this exclusive pop figure, you will have to part with some $50 plus. 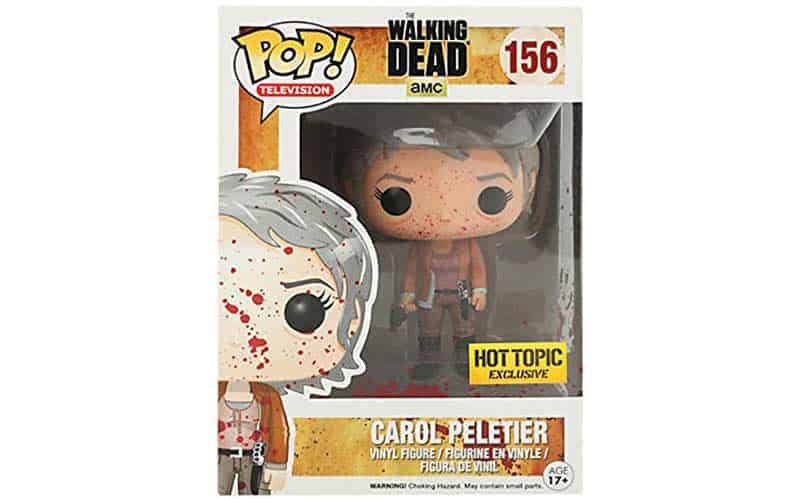 The Carol Peletier Pop figure is a great addition to any bloody vinyl pop figure collection. We all love Carol, and to our surprise, she’s still alive in the TV series (read: she’s a completely different woman than the meek, seemingly-frail woman we were introduced to in Season 1). Costing less than $15, this Funko pop figure is quite the bargain. 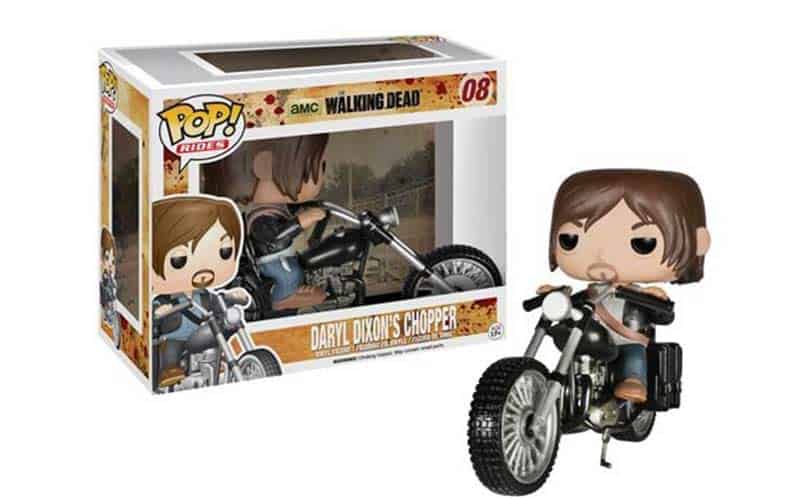 The Daryl Dixon with Chopper figure is another badass vinyl figure from Funko based on everyone’s favorite protagonist, Daryl Dixon. This figure features Daryl Dixon riding a chopper. Like the Carol Peletier pop and the MoAF figure, this Daryl Dixon Pop is a rare collectible worth the search. Also, the figure features Funko’s attention to detail. The complete set weighs 2 pounds and will be a great addition to your Daryl Dixon collection, especially if you already have the other Daryl Dixon pops mentioned on this list. 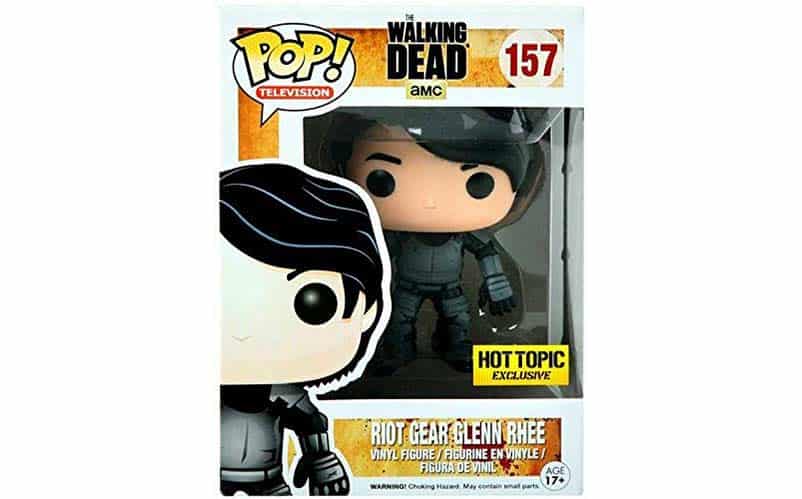 Clad in riot gear, the Riot Gear Glen Rhee vinyl figure is another fantastic figure from Funko. Riot Gear Glenn was the coolest iteration of the character that we saw in the show, and that’s why this Hot Topic exclusive is so sought-after. It’s rare, as it was limited in production. You likely wouldn’t be able to find it in-stores, so your best bet is online. 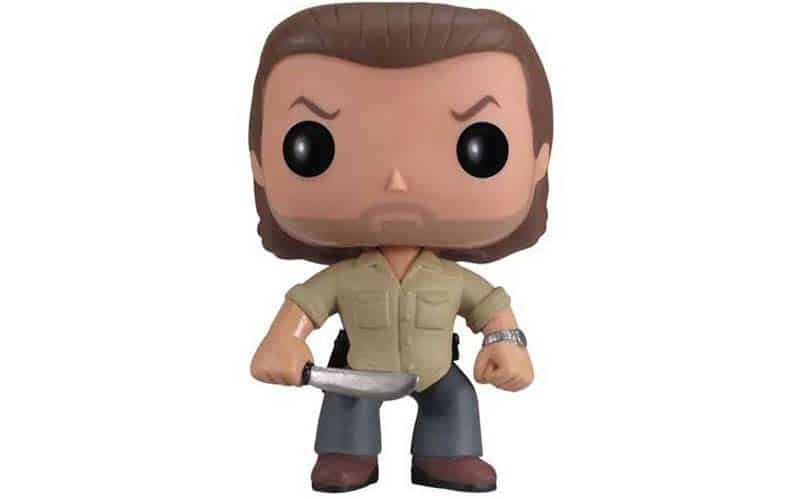 Rick Grimes is a pretty badass character, and the Prison Yard Rick Grimes Figure is our favorite vinyl figure of him. The Rick Grimes figure is another awesome pop from Funko that would be a great addition to your collection. It’s based on the hero of the show dressed in the shirt he wore for the entire prison yard’s run. It depicts Rick holding the machete. 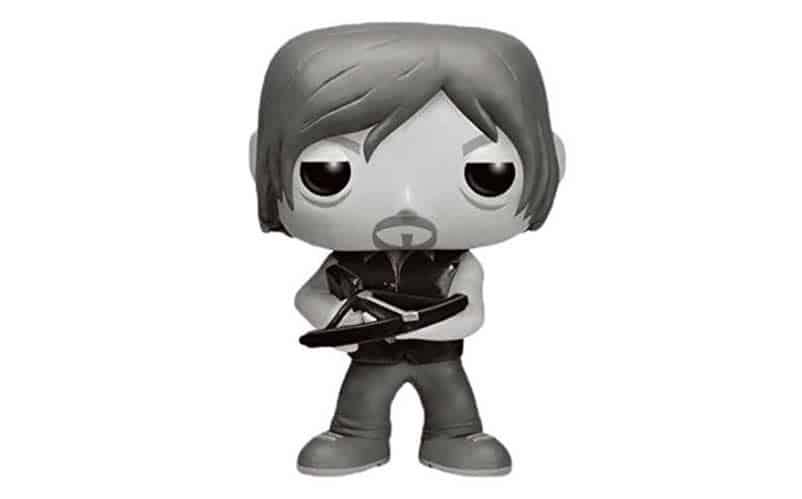 If you are a collector of Daryl Dixon Pop figures from Funko, then the Daryl Dixon Black & White Figure is an absolute necessity. This pop figure shows Daryl holding his iconic crossbow and it’s exceptionally detailed. But instead of the typical, fully colored and realized Daryl Dixon, this figure is entirely black and white, giving it a classic and unique look unlike the other Walking Dead toys.