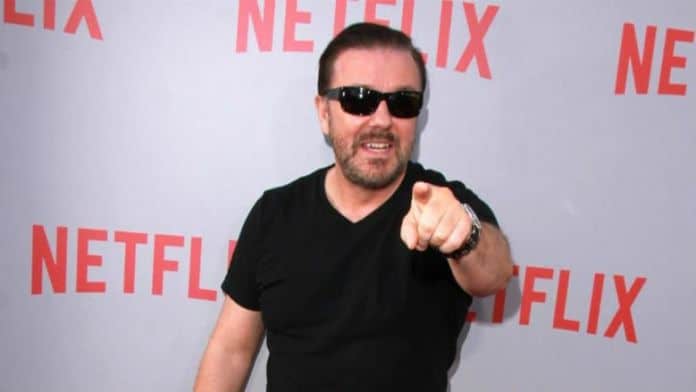 Ricky Gervais has joined forces with Netflix once again for a new series which will call the streaming service home. The project is entitled After Life, with Gervais describing it as a “dark comedy.” 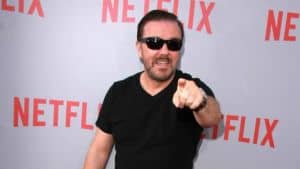 Ricky Gervais created the show and will star as the series’ lead, Tony. He’ll also executive produce the series alongside his longtime collaborator, Charlie Hanson.

Netflix has ordered a six episode run for After Life. The company has worked directly with Gervais in the past on multiple projects. They released his movie Special Correspondents in 2016, as well as his spin-off to The Office, David Brent: Life on the Road. Gervais and Netflix also released Derek back in March, as well as Gervais’ stand up special, Humanity. A second special is planned too for an unannounced date.

After Life centers on the character of Tony following his wife Lisa’s sudden death. Gervais and Netflix say that Tony “had a perfect life. But after his wife Lisa suddenly dies, Tony changes. After contemplating taking his own life, he decides instead to live long enough to punish the world by saying and doing whatever he likes from now on. He thinks it’s like a Super Power — not caring about himself or anyone else — but it turns out to be tricky when everyone is trying to save the nice guy they used to know.”

Preproduction started for After Life just yesterday. Gervais, who will write and direct in addition to starring, tweeted his excitement about work beginning on his new show:

I start pre production on my new Netflix show tomorrow. It's a 6 part, dark comedy, in which I play a man who, after the death of his wife, becomes suicidal but decides to live long enough to punish the world by saying and doing whatever the fuck he likes from now on. pic.twitter.com/7AwmV6rEbd

There’s no word as to when Netflix hopes to stream Gervais’ next show on the platform. With preproduction just getting underway, it’s likely we won’t be seeing the misadventures of Tony in After Life anytime soon. With only a six episode run, it’ll be interesting to see how crude Tony can be in so little time.