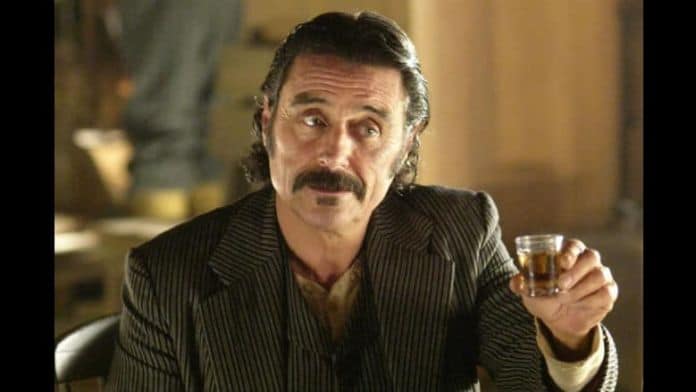 We’ve been hearing rumblings of late that it was getting closer and closer to becoming a reality. Now, it’s official. HBO has greenlit a Deadwood movie.

Casey Bloys, President at HBO, teased that he had hoped to make the project official during January’s TCA events. He stayed true to his word. Creator of the series, David Milch, is back on board to finalize a script for the film. And Dan Minahan, who has directed on HBO’s Game of Thrones, will do so here.

Bloys wouldn’t hint at what the long hoped for Deadwood movie would focus on. In the past, Milch has said that a fourth season of the show would possibly showcase a historical event that took place in the titular town. Something that would radically change everyday life for those in Deadwood. Specifically suggested were a huge fire or the outbreak of a plague. It’s likely though that those ideas have since hit the cutting room floor.

Milch has been working on a script for what is presumed to be a two hour movie since Bloys gave the go ahead in January of 2016. HBO’s president has said that “It has been a logistical nightmare getting it together” when referring to the show’s cast. But it seems as though everyone’s schedule is free and clear for production to begin in October of this year.

The series originally aired on HBO for 3 seasons across 36 episodes, from March 2004 through August 2006. The show’s story was set in 1876 and followed the finding of the richest gold strike in U.S. history. Timothy Olyphant and Ian McShane co-led the show. Olyphant played Seth Bullock, Sheriff and co-owner of Star & Bullock Hardware. McShane portrayed Al Swearengen, the show’s villain and owner of The Gem Saloon. Both are expected to return, as well as most of the series’ primary cast.

Casey Bloys stated that the hope is to have the Deadwood movie ready to premiere by spring of next year. However, that’s far from official. For now, I’m sure all Deadwood fans are just excited that this is finally happening.