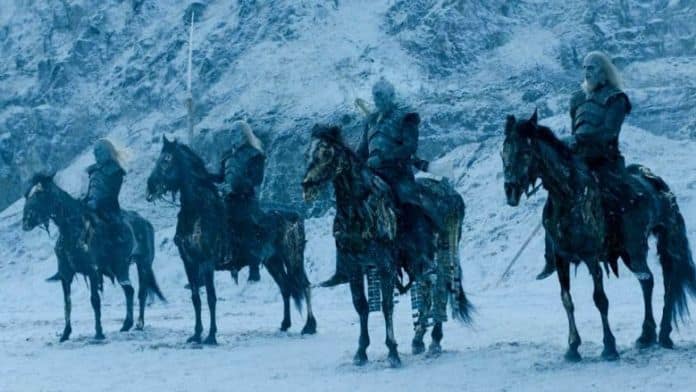 We’ve know about the Game of Thrones prequel for some time now, so it was only a matter of time until recording began. It appears that recording will begin this October in Belfast.

The Belfast Telegraph reports the staff at the Paint Hall studios in Belfast’s Titanic Quarter have been told the prequel will be their next major project. Paint Hall has served as the main studio for Game of Thrones, with the original show being filmed mostly in Northern Ireland.

While filming will begin rather soon, these things take time. We still don’t know when the prequel will premiere but we do know that it will have an entirely different cast than the mainline series. Which makes sense considering the fact that the story will be set thousands of years before the events of Game of Thrones, during the fall of the Age of Heroes. The basic premise is that it’ll examine Stark family history and the origin of the White Walkers. The prequel will be by Kingsman writer Jane Goldman and George R.R. Martin.

Fans can expect Game of Thrones, Season 8 sometimes in 2019. Earlier Casey Bloys, the programming president of HBO originals, said the prequel series would air at least a year after the final season. So there will be plenty of wait time. While some may be eager to dig into more Game of Thrones, this gap allows for the finale to carry more weight rather than being undercut by a spin-off immediately after. As they say, distance makes the heart grow fonder.

It looks like we’ll have Game of Thrones content for a while and we’re going to need it considering the next book still isn’t out. Will you be watching the prequel or will you leave this universe alone once the finale premieres? Let us know in the comments.