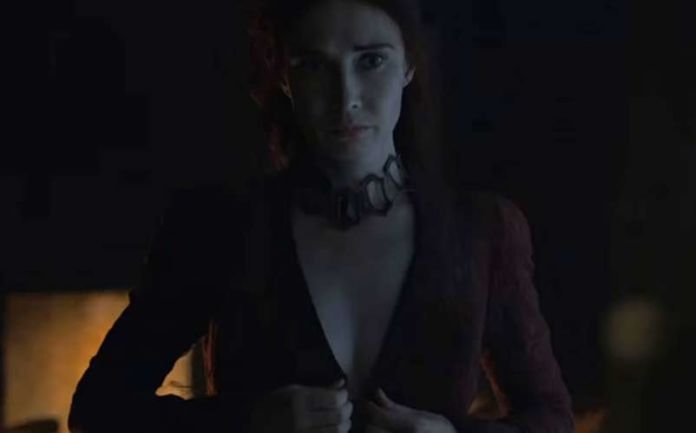 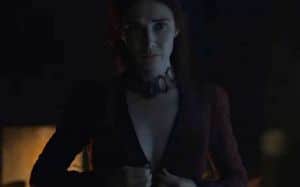 The Red Woman, indeed! (Spoilers below).

HBO’s Game of Thrones Season 6 premiered tonight, and there’s a lot to break down and think about. It was obviously an update vehicle, giving us a refresher course in where we left off and where we are now. Notably, though, the episode squeezed a lot of new information in the hour timeframe without making the episode feel rushed.

Firstly, the big reveal at the end of the episode was definitely unexpected. After all, we’re given very little background about the Red Witch in the novels, nor have we been given any surprising details about Melisandre prior to tonight’s episode. But in the shocking moment, we’re shown that when Melisandre takes off her necklace, she loses her youthful look, and returns to what we could only imagine to be her actual self. It’s an interesting twist, as it gives Melisandre a little bit of backbone; she’s no longer just some faceless mystical being. I’m not sure exactly what this means for her character, but it’s certainly an interesting and noteworthy development. Now, we’re wondering just how old is Melisandre? Is she like 105, maybe? 300 years old? 3000 years old? There’s no way of knowing just yet. Also, what if Melisandre has to put the necklace on every so often so that she doesn’t age and eventually die? What if someone else gets their hands on the necklace?

Of course, that brings us to the Lord of Light, which we know absolutely nothing about, except for the fact that it somehow led to the origin story of Lady Stoneheart. Will the Lord of Light lead to zombie Jon Snow? Probably. 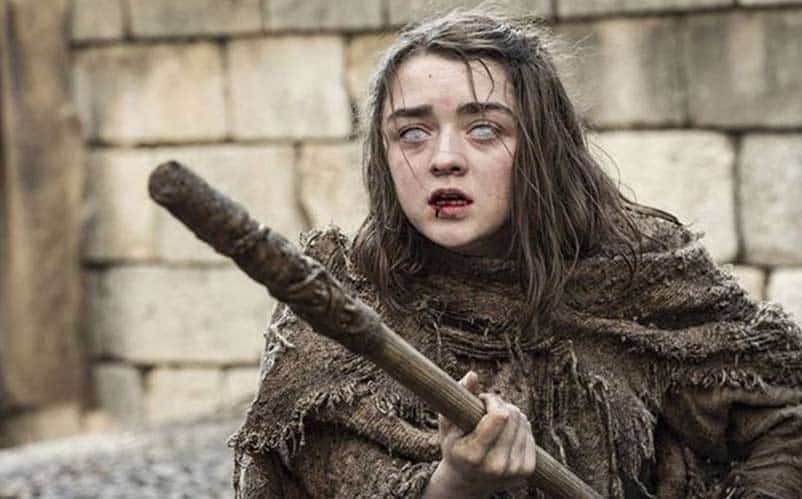 Secondly, I’m anxious to see how Davos and company get out of that room. It doesn’t look good for them. I think they’ll make it out of the situation alive, even if they lose a few of the nameless characters in the room in the process, but the rest will make it out alive, with Jon Snow’s body in tow. Although, it seems as if it’s all-too-convenient that Melisandre is in the same room as Jon Snow in the season 6 premiere, doesn’t it? It’s as if the writers are trolling Game of Thrones fans to make us think she’s going to revive him in some way (as is the theory that’s going around).

And then there’s Arya Stark, whose blindness is likely only temporary. It appears as though her temporary disability is going to be used as a teaching moment, apparently in the same manner as Daredevil learns to ignore his blindness to fight his foes.

We’re also left to assume that Ellaria and her crew will take the throne of Dorne. It’s an interesting idea, as she’s an entirely different sort of person than Doran. We’re not entirely sure what it could mean for Dorne or the series, but we have a feeling it’s a serious b-plot device that isn’t going to amount to anything of importance. Okay, anything of importance aside from a few deaths.

I honestly can’t believe I didn’t even think about Brienne and Pod being out and about in the wilderness, perfectly placed to come to Sansa’s rescue. We’re certainly curious as to what this new relationship will lead to, and where Brienne and Sansa (and Pod) will end up.

I’m admittedly a little disappointed that Bran didn’t make his debut in the premiere episode; I know a lot of us are waiting for him to return to the series as well. Luckily, we’re shown in the teaser that Bran makes his return next week.

What did you think of tonight’s episode? Sound off below in the comments — we’d love to hear your thoughts!