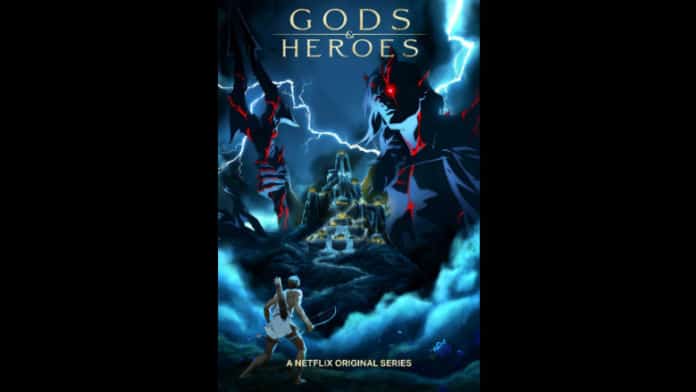 With an already impressive anime line up, Netflix is looking to bolster it even further. The studio announced their Gods and Heroes show this morning. It’s a new series set within the world of Greek Mythology, and it boasts a pretty impressive voice cast too.

Netflix released a brief synopsis explaining the basis of their Gods and Heroes show, stating that the “series tells the story of a young man who, cast aside by his people, learns that he is the illegitimate son of Zeus. He alone can save both Heaven and Earth but to do so he must survive the vengeful wrath of a goddess who wants him dead and the monstrous forces of evil she aligns against him.”

The Gods and Heroes show is being developed by the duo of Charley and Vlas Parlapanides. Prior credits for the collaborative team include Immortals and Death Note. The Parlapanides are credited as creators, writers and executive producers on the series, and they’ve partnered with Powerhouse Animation to handle the animation portion of production.

With the announcement of their Gods and Heroes show, Charley and Vlas Parlapanides released a statement via Netflix confirming their excitement. “In Gods & Heroes we wanted to tell a wholly original story set in the beloved world of Greek mythology.  We are thankful for such an amazing cast and for such great creative partners at Netflix and Powerhouse Animation, who continue to push the envelope and expand the anime genre in a manner we had only dreamed of.”

No timetable was set for when the newly announced Gods and Heroes show would begin streaming. But with production currently underway, expect to see Netflix’s newest anime series premiere early next year.

Previous article
Game of Thrones: Oathbreaker Board Game is about Backstabbing and Betrayal
Next article
Halo: Master Chief Collection PC Version is Official