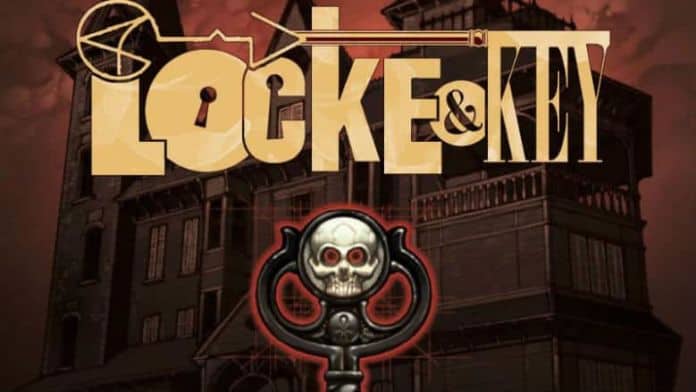 For quite a while now everyone assumed that Hulu would be the place that a possible Locke and Key series would call home. Hulu ordered a pilot of the horror/fantasy comic to be produced, but they’ve since opted to pass on the project. Well, Netflix has swooped in to pick-up the scraps as their studio has announced a Locke and Key series of their own is officially coming.

Netflix’s newly announced series “revolves around three siblings who, after the gruesome murder of their father, move to their ancestral home in Massachusetts only to find the house has magical keys that give them a vast array of powers and abilities. Little do they know, a devious demon also wants the keys, and will stop at nothing to attain them.”

Locke and Key originated as a comic book created by Joe Hill and Gabriel Rodriguez for IDW Publishing. It’s earned various awards and critical acclaim throughout its ten year run. Hill will spearhead the early stages of the Netflix series, serving as creator, writer and executive producer.

Carlton Cuse, one of the minds behind Lost, Bates Motel, and numerous other shows, will serve as one of the series’ showrunners. He’s joined in the role by Meredith Averill. Both Cuse and Averill get credit for development of the Locke and Key series along with Aron Eli Coleite. Aron Eli Coleite will also help to pen the first episode of the series in collaboration with the comic’s creator, Joe Hill. Alongside the aforementioned Hill, other executive producers on the project are David Ozer, Ted Adams, Lindsey Springer, Aron Eli Coleite, Andy Muschietti, Barbara Muschietti, David Alpert and Rick Jacobs.