How to Stream Elf: Your Ultimate Guide 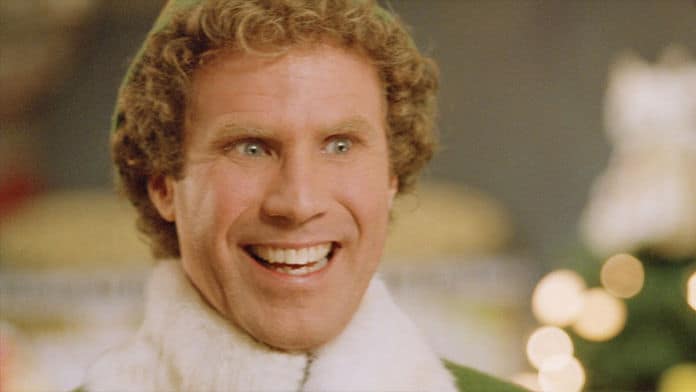 Every Christmas season the chill of the North Pole begins to filter down (along with snow and freezing rain!), bringing with it the cheer and spirit of Ol’ Saint Nick. And while that’s all fine and dandy, we’re sure glad that it comes with a wave of Christmas classics to keep us sane in-between bouts of Christmas shopping with crazed shoppers, and a never-ending Mariah Carey soundtrack at almost every store. How does she hit those high notes?

And if you’re human, we know you need your healthy seasonal dose of Will Farrell. And what better way is there to get it than by having your annual screening of Elf? There is no better way! Below you’ll find a complete listing of every time you can catch Elf on the tube. And if you’re more of the streaming type, we’ve got you covered too!

When is Elf on TV?

There are currently no listings for Elf on TV just yet. But fear not – last year, it was seen on our list of Christmas Movies on TV a buttload of times. We’re expecting the same this year, so stay tuned.

In fact, we have confirmation from AMC that they have the cable rights to show Elf on cable TV all season long. We’ll update this when we have more information about specific airings.

Is Elf on Netflix?

Unfortunately, Elf is not available to stream on Netflix.

How to Stream Elf

Cable TV isn’t for everybody and we can relate to that. You’re not out of luck! Buddy wants to spread the Christmas spirit of Elf to everyone, so we’ve got your streaming options below. Is smiling your favorite? We thought so! Take your pick, and watch Buddy take on the big city.

You can stream Elf on HBO Max right now if you’re already subscribed. If not, you can subscribe here for $14.99/month and watch Elf (and other classic Christmas movies) anytime you want. 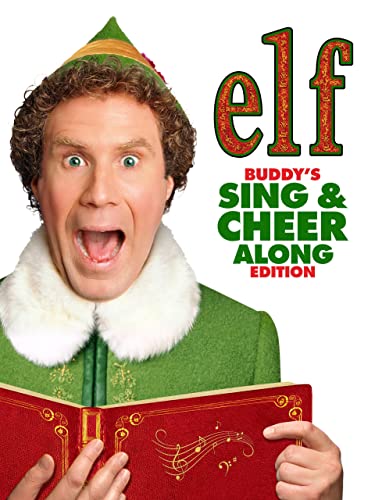 What is Elf About, Exactly?

One Christmas eve, after doing his rounds, Santa receives a little surprise of his own – a baby! No, Mr. and Mrs. Claus had not been planning for a child, and Mrs. Claus was not in the family way. This little one snuck into Santa’s bag, and ended up back at the North Pole. He’d be named Buddy, and raised as an elf!

As Buddy grows to over six feet tall, and his elfish abilities seem to lag behind the other elves, he starts to feel dejected. Papa Elf decides it’s about time Buddy learns the truth. He’s not an elf! His real mother passed away, and his father, Walter Hobbs, lives in New York City, works in the Empire State Building, and worst of all, is on the naughty list! But there’s hope for him yet, and Buddy is going to travel to the Big Apple and get his father moved to the nice list.

Unfortunately for Buddy, his father is quite the Scrooge and he’s got his work cut out for him. But Buddy is not discouraged. He gets a job at the local department store, falls in love with an elf (well, sort of an elf), unmasks a phony inebriated Santa (costing him his job), and attempts to spread the joy of Christmas around the hard streets of New York City – all while trying to create a relationship with his father.

The cast of Elf is filled out with quite a list of impressive actors who play some fan-favorite characters. From director Jon Favreau (Swingers, Rudy, Very Bad Things), to SNL alumn Will Ferrell as Buddy. The cast is rounded out with James Caan (The Godfather), Zooey Deschanel ( New Girl), Amy Sedaris (Strangers with Candy), and Peter Dinklage (Game of Thrones), just to name a few!

The script for Elf was close to ten years old by the time of its release, and Jim Carrey was the initial pick to play Buddy. But by the time the film scored a director and was off the ground, Carrey passed on the role. Can you imagine Elf without Will Farrell?

Elf grossed $220.8 million worldwide and had a budget of $33 million. It opened at number two in its first week and topped the box office in its second. It was nominated for nine awards and took home two. Fandango rated Elf the best Christmas movie of the century in 2017 (and it’s definitely in our top 3 here at Nerd Much?). A musical, a stop-motion animated special, and a video game have all been inspired by the holiday classic. 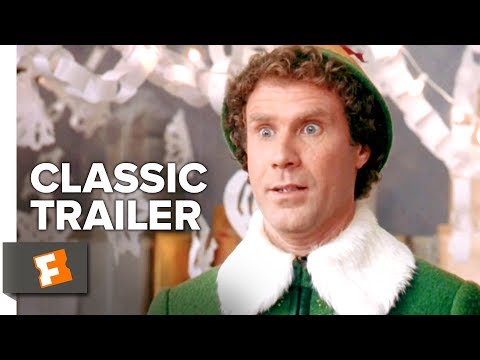 Previous article
43 Best Pokemon Gifts & Toys: The Ultimate List (2022)
Next article
How to Stream Jingle All the Way