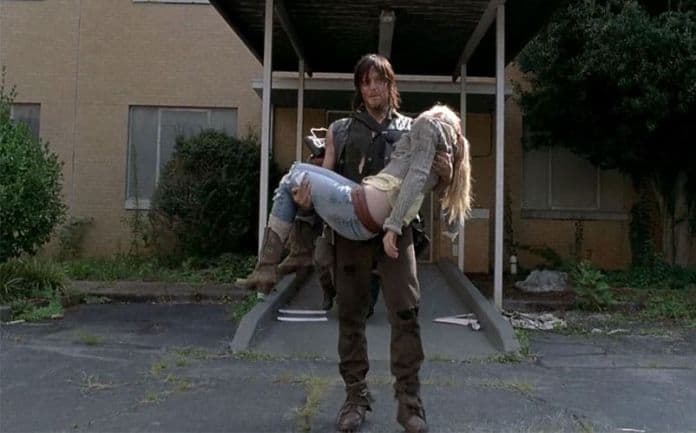 Remember during The Walking Dead Season 1 when you actually felt like you should care about the characters? Rick and Carl, Glenn, Daryl, Carol — they were all characters we cared about (I suppose some of you cared about Andrea and Lori, too, so I guess I’ll throw them in there for good measure). When the series first began and throughout its first couple of seasons, we were able to traverse through each episode without the fear of losing the core characters. Now, following last night’s episode titled “Thank You,” all bets are off. (Spoilers ahead).

With Glenn’s apparent death during last night’s episode, the declining shock value of The Walking Dead has become more apparent than ever. That is saying a lot, given the many shocking moments we’ve seen throughout the series’ run on AMC so far. But with each death, the show is losing its shock value appeal. I’m not going to get into whether Glenn is really dead or not (he’s not), or discuss why the hell Glenn didn’t just jump into the dumpster, but it’s undeniable the show is losing its shock value.

Going into Season 6, fans were (and still are) fully expecting Glenn to meet his death (at least, in Season 6 or Season 7). However, it’s expected that Glenn’s death will go the route of the comics, having Negan kill Glenn with a barb wired baseball bat in grisly fashion. If this was indeed a fake-out (which is expertly explained by Forbes’ Paul Tassi here), and Glenn really didn’t die, we can be sure that he’ll be safe at least until next season. While the episode’s ending was initially shocking, when you stop to think about it, it really doesn’t feel like Glenn is even dead. If he is actually dead, his death scene doesn’t seem to carry as much weight as the series’ other past deaths (read: he wasn’t given a proper send-off). 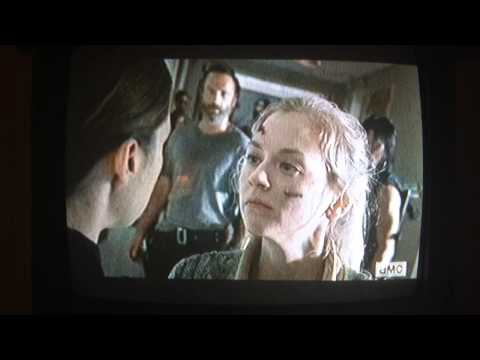 As each season of TWD passes, we’re less and less shocked by the deaths, and therefore, care less and less. Hell, newly introduced characters don’t even stick around long enough for us to start caring about them (like Carter, Shelly, Erin, Holly, even Bob). Take for instance, Beth’s death. When sweet, lovely Beth died in Season 5, it hardly even phased us. It didn’t hold the same shock value as Sophia or Dale’s death three seasons ago. When you kill everyone on the show, fans will eventually just stop caring.

At some point, we’re going to be left without any characters to care about, and the writers need to remember that we’re only TRULY watching to see if Rick, Carl, Glenn, Daryl and Carol (and now Michonne and Maggie) make it. If you take out some of those main characters, fans will likely just stop watching.