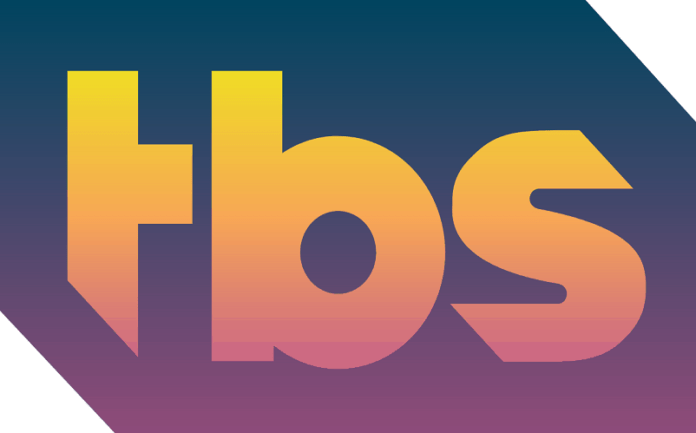 It would be pretty difficult to find anyone who would argue against 2016 being one of the best years television has ever seen. There have been so many great shows to watch that it’s been nearly impossible to catch up on all of them. Westworld, Atlanta, Horace & Pete, Luke Cage, Easy, Black Mirror, Insecure, The Girlfriend Experience, and Stranger Things are just a few standouts. But what if I told you that two of 2016’s best shows aren’t even on this list? 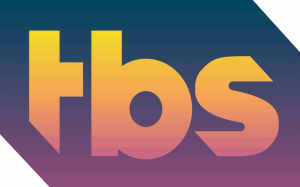 A Great Year for TV

What you’ll notice from looking at the above sampling, besides the incredibly varied genres, is that every show is brand new for 2016. You’ll also notice that every single one comes from a premium channel like HBO or Starz, a streaming service like Netflix, or, in the case of Horace & Pete, a completely new distribution model direct from the creator (Louis CK) himself. I did not plan this or purposely pick these shows for either of these reasons; this is what I ended up with when trying to organically list some of my favorite shows this year. The fact that they’re all new is a great sign for 2017. Let’s hope this trend continues!

But the above shows are all old news. Everybody and their mother is tired of hearing about Stranger Things and those damn, adorable kids by now, and if you weren’t watching Westworld (what I previously considered to be the hands-down best show of the year) then you clearly did TV wrong in 2016. You see, while you were being abused  (I was right there with you, don’t worry) and force-fed the most narratively offensive and boring season The Walking Dead has ever had, a little heartfelt comedy about aliens and their abductees called People of Earth premiered. Maybe you decided to finally shut all the white people in your life up by cracking open that box set of The Wire a friend imposed on you years ago, but while doing so you missed one of the most impressive, promising new series in a long time: Search Party. So what do People of Earth and Search Party have in common?

Very little except for the fact that they are both on TBS, a network channel. Yes, that TBS, the Turner Broadcasting Station. We are in fact talking about the channel that prior to Conan was primarily watched by my great aunt’s overweight Tabby, and he only watched it because it was left on, and he liked to have some background noise while licking his butthole. In case you are running through TBS shows in your head and thinking “hey Joe, wait a minute; I watch TBS and there’s some good stuff,” let me clear something up. You may actually enjoy a great deal of their selection, but it’s just that: a selection. Previously, the channel mostly aired syndicated reruns and had very little original programming. Even now, excluding Conan and Full Frontal with Samantha Bee, there are only five original series. Remember: it wasn’t that long ago that we all thought of AMC as an entirely skippable station that only ran old black-and-white movies. Then they gave us Breaking Bad, The Walking Dead, and Mad Men. Could TBS be the next AMC? Probably not, but they have certainly proved in 2016 that they have an eye for greenlighting wholly unique shows that most stations would scoff at. So you absolutely should be paying attention to TBS and, more importantly, these shows’ creators in 2017. 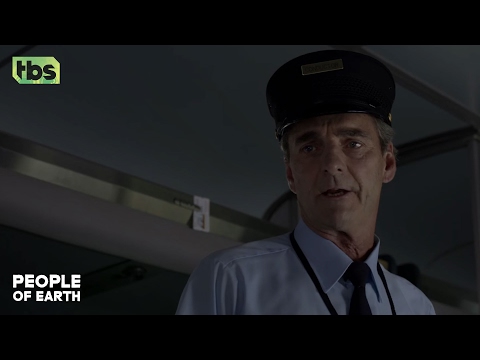 I want to talk about People of Earth first because while it is very good, I think it might just barely scratch my top ten list whereas Search Party is without question in the top three. If it were any other year People of Earth would easily climb up closer towards the top spot. There were so many great shows this year, but that doesn’t lessen of the quality of People of Earth one bit. Created by David Jenkins, People of Earth starts with skeptical journalist Ozzie Graham (Wyatt Cenac) being sent on assignment to write about a support group for people who have been abducted by aliens in the small suburban town of Beacon. So far, each episode centers on a different member of the support group — composed of great comedic actors like Ana Gasteyer, Luka Jones, Brian Huskey, and Alice Wetterlund — as they tell their abduction story. The overarching narrative follows Ozzie, played wonderfully by Cenac I might add, as he desperately seeks the truth behind the mysterious car accident that left him stranded in Beacon. We don’t know exactly what is going on or why quite yet, but we can assume at least some of the abductees are telling the truth because several episodes also feature scenes with a group of bumbling aliens attempting to cover up their mistakes. It’s actually pretty nice to fun, less menacing aliens in TV/Movies. 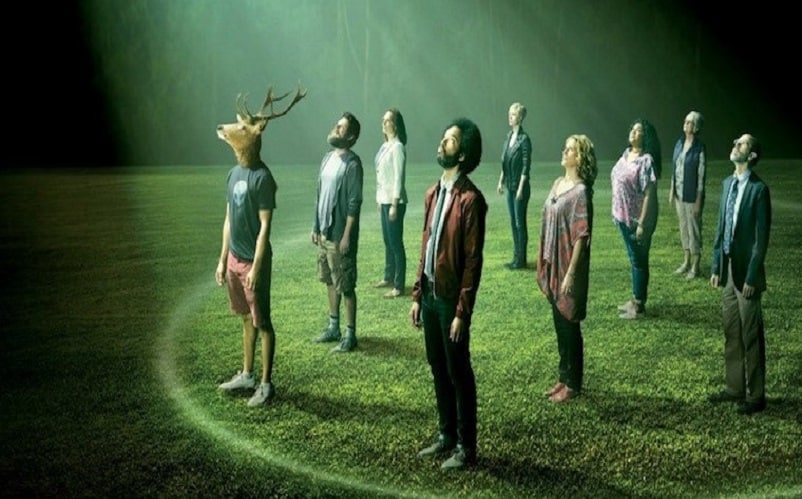 People of Earth is quite silly and often very funny, but that’s not what makes it so compelling. This show about a bunch of oddball humans and their incompetent alien counterparts actually has a lot of heart. There are elements of mystery and intrigue that keep the story moving, yet it’s the characters and how they’re handled that keeps me coming back. And I choose that word “handled” for a reason because these people are delicate. What they reveal through their personal alien interaction stories says a lot more about who they are, and who we all are as humans than who the aliens are. As I mentioned before, the aliens (save for the main villain) seem quite nice and not threatening at all. In fact, one of them, an extremely tall white-haired humanoid resembling Orlando Bloom’s Legolas, appears to do nothing but secretly help people.

My favorite part of People of Earth ties into all of this; it’s the tone. Everything, despite the silly premise, seems so genuine and sincere. These characters aren’t treated as crazies to be mocked — that is not at all where the humor comes from. Every character is fragile and I care about their mental and physical health as well as their individual search for truth. If we learned anything from the X-Files it’s that we know “the truth is out there,” even if that truth is you’re using an alien abduction, whether real or fictional, to cope with the sadness of the real world. 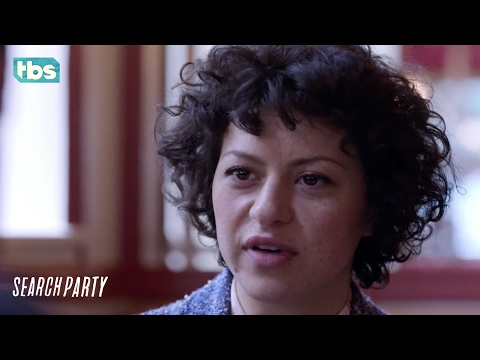 Okay, now with this show I’m willing to point to the fences. Search Party is most definitely in my top three of 2016 for a number of reasons. And I’d have to sit on it for at least week first, but it will probably tie for my favorite show this year (a tie because you can’t compare two shows that are so wildly different like this and Westworld). I first heard of Search Party when producer Michael Showalter (MTV’s The State, Wet Hot American Summer, and all-around comedy genius) was a guest on the Comedy Bang! Bang! podcast. He talked about Search Party and it sounded interesting, but I quickly got lost in other shows and forgot about it. Then one of my students suggested People of Earth so I started watching that On Demand. Between episodes I saw a commercial featuring Alia Shawkat running down an alley, then a two-second shot of John Early stretching his leg that made me laugh out loud (yes, he can be funny just be stretching), and finally the words “Search Party” emerged, reminding me of the show I forgot all about. After actually watching it, I’m sure I won’t forget it anytime soon.

Charles Rogers and Sarah-Violet Bliss have created something truly special in Search Party. They deserve a lot of credit, but not all of it — every aspect of this show is fantastic. Honestly, this show felt pretty damn near perfect to me. Where Westworld had some flaws that I could overlook because I appreciated the ambition, I have a hard time finding any issues in Search Party. It’s funny, thought-proving, completely unique, and unbelievably hard to stop watching. I suppose it’s a good thing that like TBS‘s Naked Gun inspired Angie Tribeca, the first season of Search Party was released all at once to accommodate binge-watching.

Aside from the channel, one other thing Search Party has in common with People of Earth is that both have very simple surface plots. We follow Dory (Alia Shawkat), a twenty-something New Yorker, as she searches for a college “friend” who has gone missing. Everybody assumes the worst when Chantal (Clare McNulty) isn’t seen for three days, but suddenly Dory spots her escaping out the back of a Chinese restaurant. Dory enlists her two best friends, the extremely narcissistic fame-obsessed blonde duo of Elliott (John Early) and Portia (Meredith Hagner) and her boyfriend, Drew (John Reynolds), to find Chantal. From here, a weird birthing cult, mysterious private investigator, psychotic ex-boyfriend, and unexplained sonogram picture complicate things. Search Party is at times both very funny and extremely dark, all while being incredibly engaging and thoughtful. I love it.

The performances throughout the ten-episode season are incredible. John Early (if you haven’t seen his The Characters episode on Netflix, you should watch that immediately) has a way of making me laugh with just his eyes. He somehow manages to make Elliott, who is by definition a horrible person, incredibly likable. In my opinion, Early stole nearly every scene he was in and I found myself upset every time his character wasn’t on screen. Comedically, he was top-notch playing a self-absorbed, pathologically lying millennial. On the flip side, Shawkat delivers a great dramatic performance. There was one standout moment for me when her face subtly shifted to a smile, showing the excitement and self-worth she was getting from trying to solve Chantal’s disappearance. Her performance was mature and nuanced and really helped elevate the stellar script even more. I have to mention Meredith Hagner as Portia, John Reynolds as Drew, and Ron Livingston as private investigator Keith who all gave memorable performances as well. Everybody was great, but Shawkat and Early were, in my opinion, revelations for differing reasons. If there’s one thing Search Party could use it’s more screen time for all the talent involved.

I left a lot of plot information out of this article because I think Search Party is best experienced by knowing little about the narrative. Really, in a way, I want you to just take my word for it. Give this show a chance and let it surprise you. Both Search Party and People of Earth feel new and fresh; there’s nothing like either of these two shows on TV. And to TBS’s credit, I doubt either of these shows would’ve found a home elsewhere. I’d rather not ruin too much of Search Party, so I just want to say it’s a special show with some important themes. Again, People of Earth is similar in how much it surprised me and is also worthy of your time. I highly recommend both shows and I’m confident Search Party would be on more best-of-year lists if more people had seen it.

Every episode of Search Party is available to watch on TBS On Demand. People of Earth is also On Demand and new episodes air Mondays at 9pm. Let me know what you think of both in the comments below! 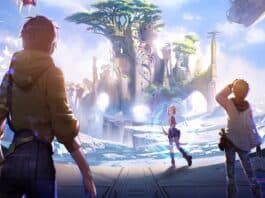 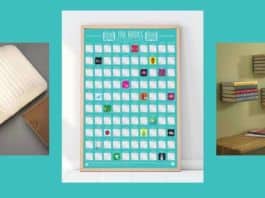