On that note, here are eleven super overlooked games from 2018. Keep in mind, these are games that did receive favorable scoring (for the most part) but just never got the traction in the community they deserved. 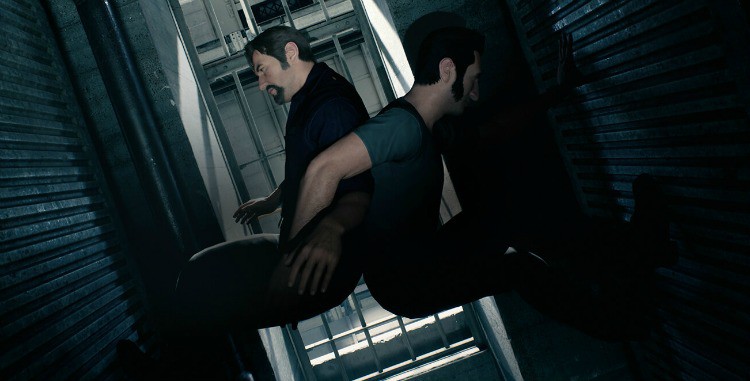 Perhaps most known as the “Fuck the Oscars!” guy from the 2017 Game Awards, Josef Fares directed A Way Out, a mandatory co-op game that flew under a lot of people’s radar. Available on all platforms, A Way Out’s gameplay strings together a series of mini-game style moments with a narrative thread that becomes progressively more engrossing as the hours go by.

Although only able to be played in co-op mode, it can be played locally or digitally with only one person needing to own the game. The game positions itself as a prison break between Leo and Vincent but once you escape you quickly realize the journey is just getting started. There’s a lot more to this story than busting out of the slammer.

As the narrative builds, there are some surprising plot twists that pair perfectly with the gameplay. The thing is, you’ll only understand the brilliance of A Way Out by seeing it through to the end and so many people either didn’t pick it up or didn’t get around to finishing it. While not the best game in 2018, I still hold it as one of my favorites.

Speaking of favorites, Yoku’s Island Express is my sandwich board game for 2018. It’s the game that I will shout about at strangers on the street and continuously post about in forums. Also available on all platforms, you have no excuse to not jump into this part platformer, part pinball experience.

You play as a little dung beetle who takes up a role as the new postman on Mokumana Island. What begins as an innocent gig delivering letters, quickly turns into a quest to awaken an ancient island deity so the island can return to its former glory.

This game as easy to pick-up as it is innovative. Its adorable art style, a lovely cast of characters, and forgiving yet engrossing pinball-centric design will instantly have you in love. And even though its a Metroidvania, progression and exploration feel natural rather than like a series of overly obvious backtracking. 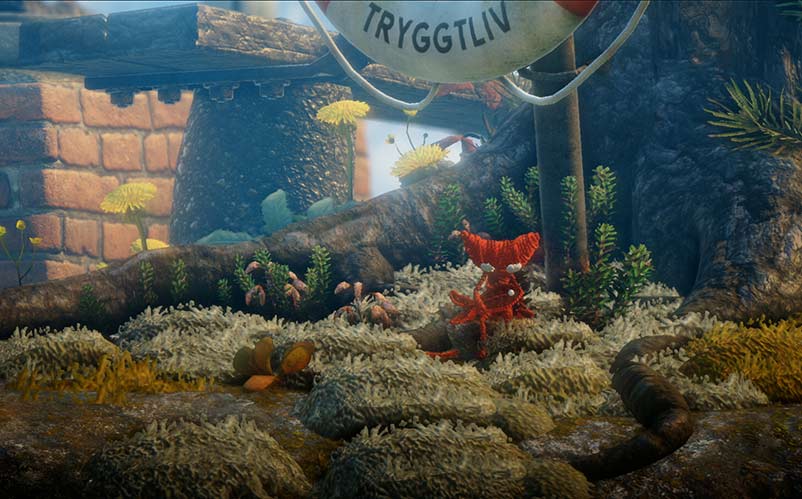 Numbered sequels don’t usually turn out well for the indie community. Although Unravel 2 takes things in a different direction with its use of a second character, ultimately its perceived as just more of the same.

I admit it’s a similar formula but gameplay wise Unravel 2 builds on what was already a good thing. Whether you played the first one, or not, Unravel 2 offers moderate platforming and puzzle challenges that are fun to navigate. And it brings back those breathtaking visuals so lifelike that you can’t help but wince when things go wrong and feel moved when success is found.

The one area where it took a step back, however, was in terms of the story which was even vaguer/obtuse than the first game. While there are two characters to control the game incorporates a single-player experience by letting both Yarny characters merge into one for quick traversal of any given area.

It’s been a long journey, full of missteps and misfortunes, but Ben Esposito finally released Donut County. Available on PS4, PC, and iOS, this game lets you control a hole in the ground and suck up the town. For most of the story, your job is to consume everything in the level in order to move on. There’s some light environmental puzzle solving but, for the most part, this game is relaxing, easy, and surprisingly satisfying.

There’s a fan base for Donut County but this game didn’t quite get the love and attention it deserved. It may be a simple game but it also serves as a metaphor for gentrification that leaves a lasting impression on the player long after the credits roll. Stop by a local donut shop and then give this game a whirl.

The Adventures of Captain Spirit 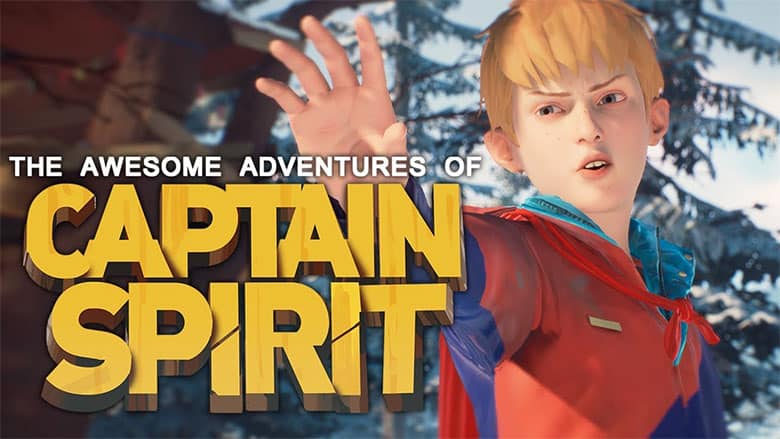 Although the main gameplay mechanic of using your imagination lacked any real puzzle solving, the game was one of the best-written things in the Life is Strange universe. You play as 10-year-old Chris whose going about his Saturday, playing and doing chores while his alcoholic father drink while watching the basketball game. With your mother having died in a car accident and your father now a shell of who he once was, this game provides a painfully accurate window into abuse and addiction.

Its best quality is in its depiction of the father, who has plenty of likable moments but is ultimately still an abusive alcoholic. This is a realistic take into the nuance of substance abuse, allowing us to see him for who he was while fearing who he currently is.

The game is a single episode but I’m dying to experience more of this world, in which Chris’ childlike imagination is the only solace he has left. It’s probably my choice for THE  most underappreciated games of 2018 so far. 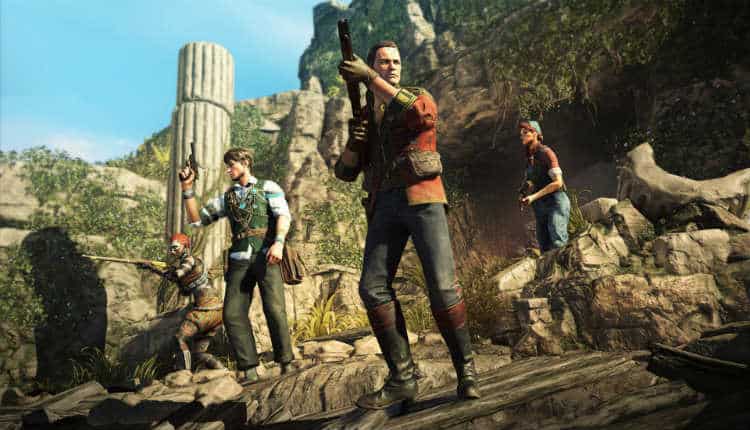 This third-person shooter has you taking on armies of the undead with up to 3 of your bros. Positioning players in 1930’s Egypt, Strange Brigade mixes standard weaponry with supernatural abilities. Able to be played with one to four players across all game modes, those who did pick this up found it to be fairly easy. But the benefit here is that it can serve as a casual yet dynamic multiplayer game that’s great while you’re looking for a game to play while chatting with your friends. This could be your next go to, quick fix for fun, especially if you and your pals ever get tired of playing battle royale games.

Super One More jump features one button controls that thrive on minimalistic, tight level design. This autorunning 2D platformer requires quick, precise action. You can play with up to four people but unlike other co-op experiences, this doesn’t add more characters on screen. Instead, each of you is assigned to a different color within the level. When the cube-shaped character moves across a platform with your color, that means you’re in control. It’s up to you to figure out when to jump at just the right time to keep the character moving through the rest of the level.

This game requires care, vigilance, and patience. Featuring over 100 levels, Super One More Jump offers hours of gameplay and with collectibles in each stage and multiple game modes there are plenty of reasons to return. 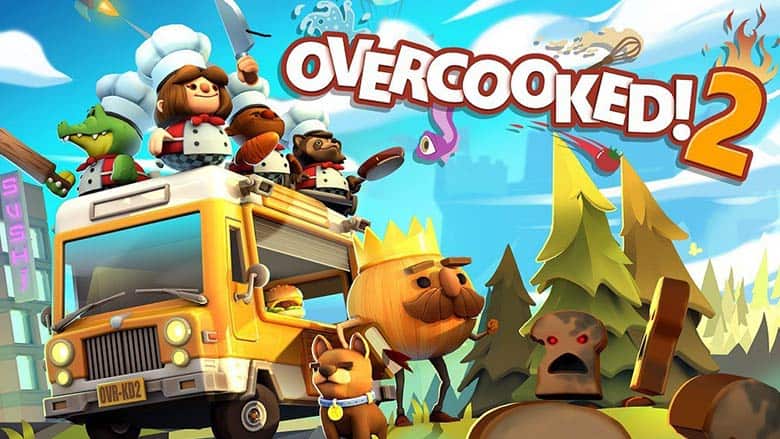 Once again the numbered sequel curse rears its ugly head. The sequel to Overcooked, Overcooked 2 continues with its up to four-player cooking antics on a variety of unique, challenging stages. This game built on a strongly established formula and added in the throwing mechanic to open up the possibilities for success (and failure or fire setting proportions). Everyone seemed to be in agreement that this title was an excellent follow-up but because the premise was no longer new no one paid attention.

Fair or not, people often come to indies for something different. Subconsciously, players are sort of seeking a break from big budget franchises. For more of the same, you can always count on the AAA gaming space (to some extent). Indies are perceived as an alternative.

Let’s break that cycle and stop limiting indies to these one-off titles If you liked the first game, go ahead and play this sequel. Building on a formula can be good so let’s not hold indies to a separate standard.

This game took the Nintendo Switch community by storm, but gamers from other platformers didn’t seem to play this title as much. A hardcore platformer, Celeste explores anxiety/depression in its storyline and mirrors that struggle in its gameplay. The urge to get to the top of the mountain just to be able to say you did it represents how, when life is in disarray, it feels good to give structure to your life and see through a large feat.

I’m tempted to say the ability to climb walls makes this platformer a bit slower paced but the reality is you’ll have plenty of challenges that require quick movements. Jumping, when combined with the dash mechanic, opens the game up more than a typical hard platformer. There isn’t always a single way to get from point A to point B which helps players deal with how hard this game is.

Celeste has a lot of heart and, once you give it a shot, you’ll want to see it through.

Below are a few other titles the rest of the Nerd Much team finds worth checking out. 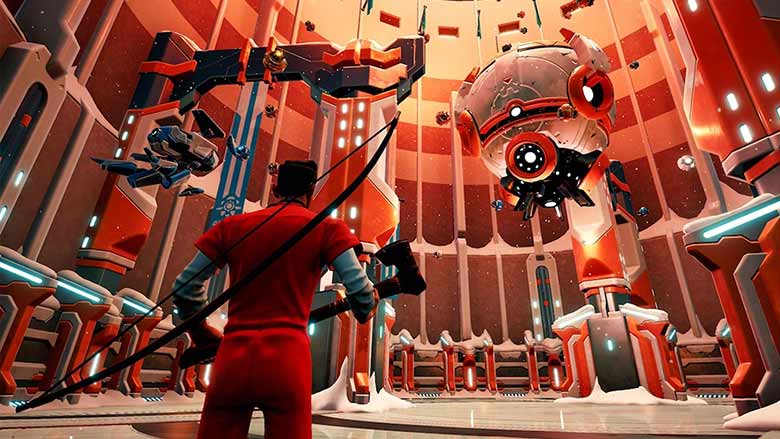 As a free-to-play, battle royale game the Darwin Project unsurprisingly didn’t break through the market. This game is more than a test of survival as players can get the role of Show Director and become a sort of in-game god, influencing the game by gaining points and then using those points to affect areas of the map and help/harm players.

With Fortnite and PUBG dominating the landscape, it’s easy to write off games like the Darwin Project as mediocre before even playing it all. When we finally did get around to it we found a lot of things to love, though there’s definitely room for improvement. And with duos being permanently added six months ago, the team is definitely looking to build. 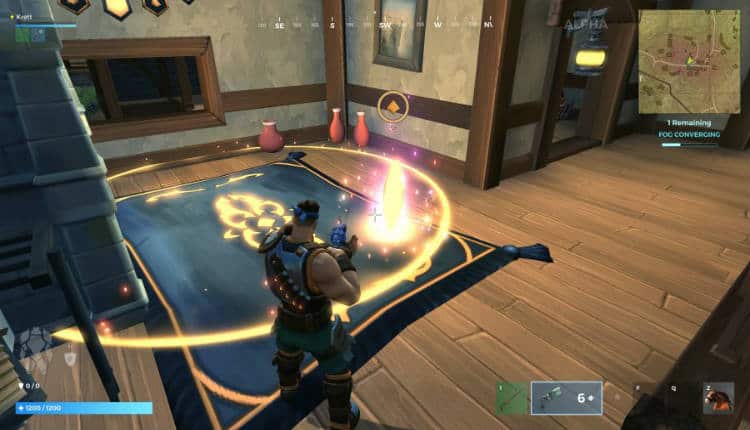 Realm Royale is another battle royale game you’ll want to check out. Even being played by Ninja wasn’t enough to get this title off the ground and in the midst of community conversations. Unlike the Darwin Project, this game is more clearly drawing from Fortnite with its use of cartoony style as well as having you drop from something similar to the battle bus.

It sets itself apart, however, by being even wonkier in its presentation, including raptor rideables. Players who are taken down, turn into squaking chickens prior to officially dying. This gives them a shot to come back if they stay alive long enough. Realm Royale’s most notable characteristic is its focus on class (including Warrior, Hunter, Mage, Engineer, and Assassin).