When it comes to vampire movies audiences tend to get a hit or miss experience, especially since the Blade series ended and Twilight took over the mainstream. Now, back after a 4-year absence, the Underworld franchise seeks to deliver bloody vampire vs werewolf action while furthering the world’s lore and mythos. Sadly, Underworld barely succeeds at the former and drastically fails at the latter, as Blood Wars ends up being a rushed, disjointed mess that even fans of the series may have a hard time enjoying.

Set after the events of Under: Awakening, Selene (Kate Beckinsale) is now hunted down by both vampires and lycans alike as they both want to use her in hopes of extracting information as to where her hybrid daughter is hiding. Given her child’s blood is effectively a key to one of the clans gaining ultimate dominance, it’s put a target on the former “Death Dealers” head and has put Selene on the run. The problem is that director Anna Foerster never properly explains why her child’s blood is so important beyond the simple “It will make us all-powerful,” which comes off more as a lazy excuse that actual world building. It’s just a dumb McGuffin to keep the action jumping from scene to scene without offering any real emotional impact.

However, this is just the beginning of Underworld: Blood Wars‘ story issues as entire narrative threads never properly resolve, leaving audiences with far more questions than answers. Important emotional moments that are supposed to be critical to this franchise’s lore either happen off screen or are exceptionally rushed that viewers don’t have time to grasp the emotional weight. Everything in this film feels like it’s in fast forward, with dialogue and quandaries solved without a moment to really slow down.

This becomes exceptionally frustrating because the very core nugget of Blood Wars story is actually really interesting, however, it feels like Foerster doesn’t trust her own script at times. While all of the actors/actresses look great in action scenes, of which there are plenty, their inability to deliver compelling dialogue or emotional beats is incredibly apparent. Compound this with the poorly written dialogue and it makes it very difficult to care when our heroes are in peril.

Sadly, this trickles into the characters themselves with the exception of Beckinsale who still gives a rather badass performance as Selene. There’s a surprising amount of depth offered within her character, as the brief emotional moments lets Beckinsale flesh her character out beyond her just being an awesome action star. Given she has been the focus for several films now, it’s clear just how comfortable Beckinsale is as Selena and the sheer confidence within the role is impressive 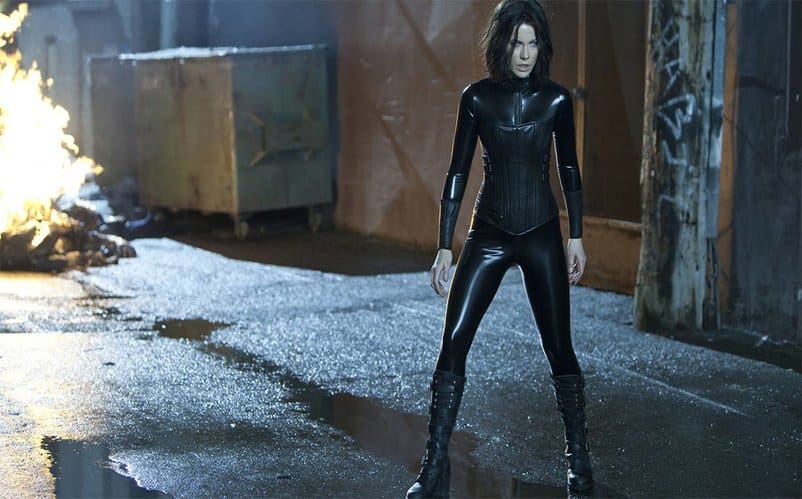 Yet, the same cannot be said for the rest of the cast as they range from okay to downright boring, with Theo James’ David and Tobias Menzies being the worst offenders. David actually makes up the crux of Blood Wars emotional and character arc, which becomes a problem because it’s neither compelling nor well structured. His character is meant to be conflicted, however Theo James’ performance does properly convey this in any form. This is a character that’s meant to be extremely convicted but the utterly wooden acting makes David come off as monotone and uninspired.

Marius falls into the same trap, as he is just a boring villain to watch on screen and lacks any real sense of menace. Despite being boasted as one of the most powerful lycans in Underworld: Blood Wars, Marius comes off as a bumbling fool who never develops beyond a “vampires are evil” mentality. While there is a lot of history between vampires and lycans, Marius’ own personal motives are never properly explained and it comes off as incredibly vague. This culminates in the final showdown where he completely contradicts his entire driving force since the beginning of the film.

Underworld: Blood Wars visuals are nothing really special, with most of the effects looking like they were ripped out of the late 2000s. This includes that terribly ugly blue filter that washes over the entire move in an attempt to make characters look pale and dark but ends up just being an annoying eyesore. Somehow the werewolves look the worst, which could explain why the action is so frantically cut together that it’s hard to follow at times. However, when the camera does pull back and allow you focus on the chaos, Underworld: Blood Wars revels in the macabre carnage.

Truthfully, this is not the worst film in the Underworld franchise, yet it feels like a missed opportunity. Too many aspects were rushed for the sake of time, resulting in a disjointed story that offers nothing special or noteworthy. Even with Beckinsale delivering a solid performance, the rest of the supporting cast drags down the narrative thanks to poor performances and character development. Underworld: Blood Wars is a movie not worth sinking your teeth into unless it’s free on TV.