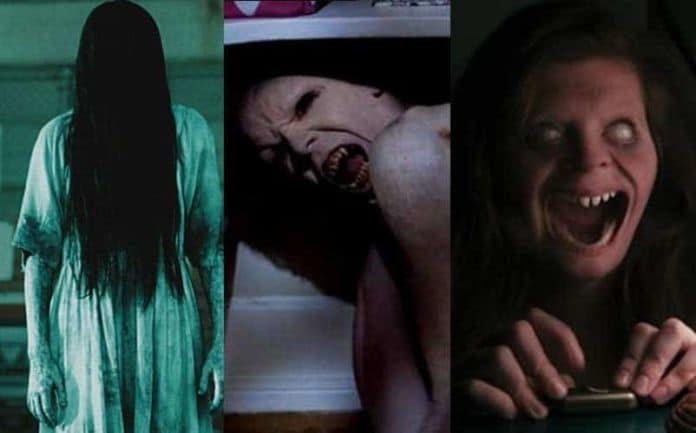 One of our most popular posts on this site is a post detailing all of the upcoming zombie movies of 2017 and beyond, and while we obviously love zombies and zombie movies, we realize there’s more to horror than just the undead.

2016 was a great year for the horror film industry, with many groundbreaking releases like the new Blair Witch, Don’t Breathe, and one of our personal favorites, Train to Busan. And looking at the horror landscape ahead of us in 2017, we’re in for quite a few scares at the theater.

So if you’re interested in what upcoming horror movies lie ahead in 2017 and beyond, we’ve got you covered with our mega list of new horror movies below:

**Note: We decided not to include every low-budget, straight-to-DVD horror romp on this list, since, well, there are so many that come out each year. If anything good catches our eye, we’ll add it below. But for now, we’ll keep it to just theater releases.**

The World War Z sequel will star Brad Pitt yet again, but we don’t know much more than that. For now, just know that it’s on the way, and it’s going to try to be one of the summer blockbusters of 2017. 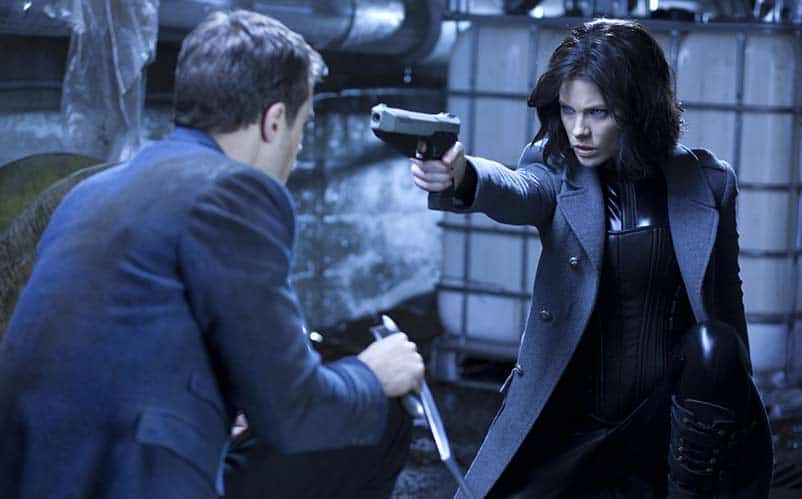 While we consider Underworld 5 more action than horror, it does have some horror elements, which is why we’re including it on this list. And we can’t do what we want because this is our site, so neener, neener. Kate Beckinsale will return to reprise her role as Selene, and that’s always worth the watch. It’ll undoubtedly be 1 hour 33 minutes of Beckinsale kicking ass. Count us in.

**Updated: Unfortunately, Underworld 5 turned out to be one of the worst new horror movies of 2017 so far. Bummer.

One of the creepiest-looking 2017 horror films on this list is The Bye Bye Man from director Stacy Title. It’s a supernatural horror thriller that will follow three college students who move into an old, off-campus house to find themselves hunted by The Bye Bye Man, a supernatural entity who possesses his victims to coerce them into committing killing sprees. It’s an interesting premise, and one that could be a lot of fun in theaters. We’ll find out when the film releases in January 2017. Here’s the official synopsis:

“Three friends stumble upon the horrific origins of the Bye Bye Man, a mysterious figure they discover is the root cause of the evil behind man’s most unspeakable acts.” 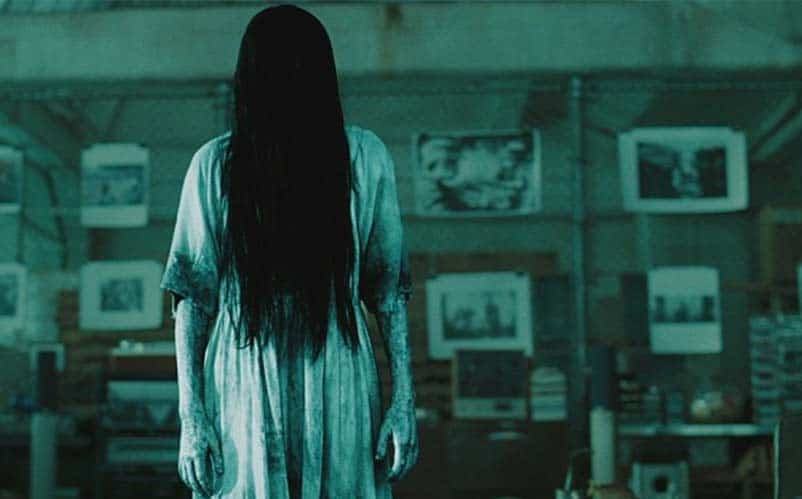 Rings is the third movie in the Ring series, and it will bring about Samara’s return. Oddly enough, the film will star Big Bang Theory‘s Johnny Galecki, as well as The 5th Wave‘s Alex Roe and Friday Night Lights‘s Aimee Teegarden (she was the coach’s daughter, FYI). The first Ring movie was very well-done, but the second coming wasn’t as good. Hopefully, Rings can bring back some of the original’s appeal. It was one of our most anticipated horror films of 2017, but it’s currently slated for February 2017. Here’s to hoping it doesn’t see another delay.

Unfortunately, the new Rings film didn’t live up to the expectations. You can read our review here.

From the mind of Jordan Peele, Get Out looks to be an incredible upcoming horror movie that could be a stand out in 2017. Here’s the official synopsis, but we highly suggest you check out the trailer above as well:

From the mind of James Gunn (Guardians of the Galaxy, Dawn of the Dead) comes The Belko Experiment, an upcoming horror thriller that revolves around a twisted social experiment in which 80 Americans are locked in their high-rise corporate office in Colombia when they’re ordered to participate in a deadly game of kill or be killed. The film has some notable names attached to it, including John C. McGinley (Scrubs), Tony Goldwyn (Ghost, The Last Samurai), and Michael Rooker (The Walking Dead, Guardians of the Galaxy). 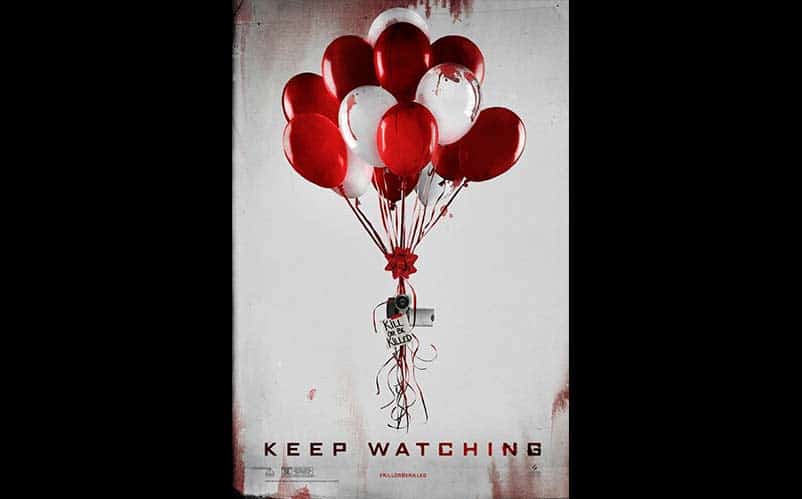 Chandler Riggs (Carl on The Walking Dead for those keeping score at home) will star alongside Bella Thorne in Keep Watching, a film that will see a family imprisoned in their own home by intruders who force them to play a life-and-death game with mysterious rules.

Amityville: The Awakening follows a single mother who moves her three children into the haunted house, obviously without the knowledge of the house’s bloody history. The film will star Jennifer Jason Leigh (The Hateful Eight, The Machinist), Cameron Monaghan (The Giver, Vampire Academy) and Kurtwood Smith. It has the makings of a middling experience, but it could surprise us when it hits theaters in January 2017, making it (so far) our most anticipated horror movie of 2017.

When a father brings home an old music box with an inscription that promises the owner seven wishes, Clare (his daughter) finally gets the life she’s always wanted — until the people closest to her begin dying in violent ways. But can she get rid of the music box causing all of the hell in her new life?

One of Stephen King’s masterpieces will get the big screen treatment, featuring his character Roland Deschain who roams the old-west landscape in search of the Dark Tower. The film has some popular names attached to it, including Idris Elba and Matthew McConaughey. Check out IGN’s discussion on Why You Should Care About the Dark Tower. 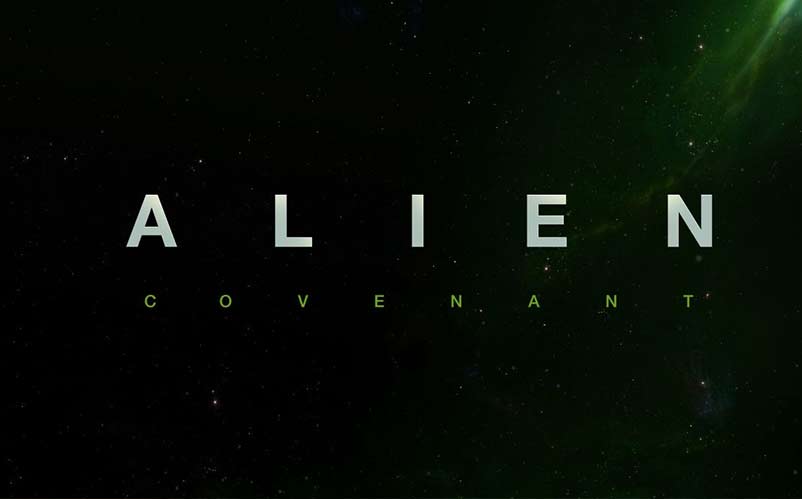 We frequently hear the argument that the Alien franchise doesn’t deserve to be mentioned in horror conversations, but we entirely disagree. While it is, of course, heavy on the sci-fi, it’s also absolutely terrifying. In Alien: Covenant, Ridley Scott will return to continue the story, which will follow the events of 2012’s Prometheus, with the crew of the colony ship discovering an uncharted paradise but soon discover it’s actually a dangerous world with one sole inhabitant, the synthetic David, survivor of the Prometheus expedition. It’s one of our most anticipated must-see movies of 2017, AND one of the upcoming horror movies we’re most excited about.

“Several years after the tragic death of their little girl, a dollmaker and his wife welcome a nun and several girls from a shuttered orphanage into their home, soon becoming the target of the dollmaker’s possessed creation, Annabelle.”

The film will follow a father who will stop at nothing to protect his wife and son from a malevolent, mysterious presence that’s terrorizing them in their own house. The film hails from A24, and it has a pretty impressive cast that we’re excited to see onscreen together. Hopefully, we’ll learn more about the It Comes At Night movie soon. For now, check out the trailer here. 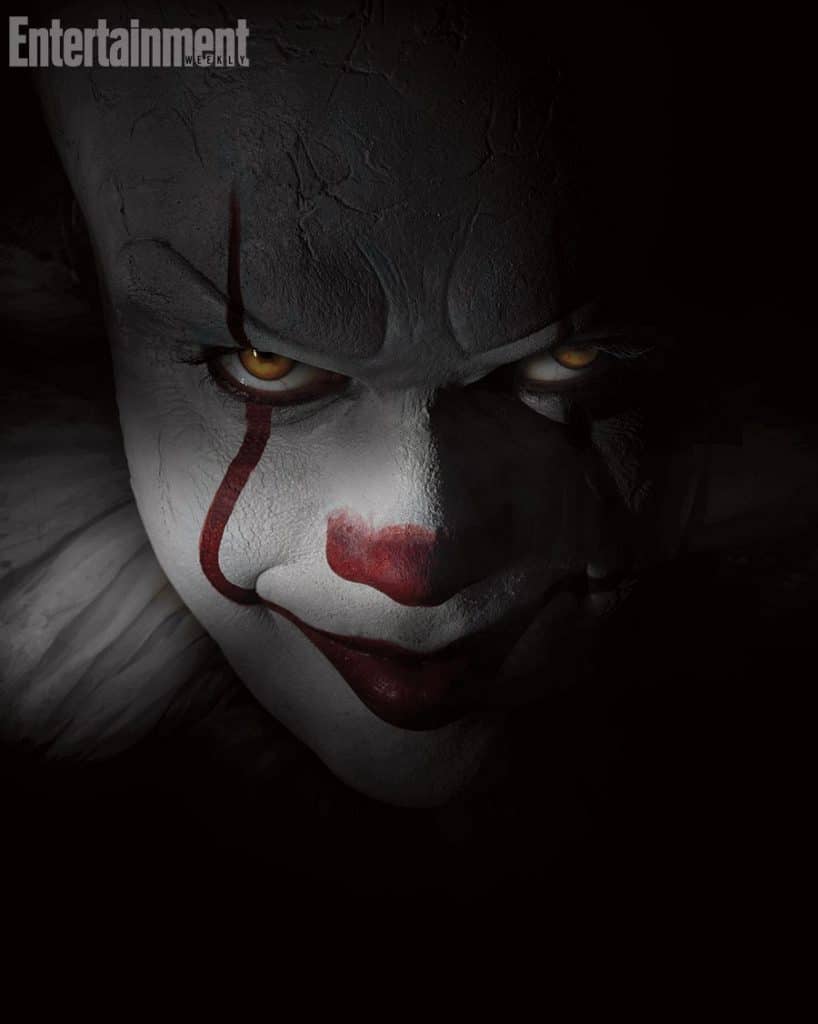 We’re all familiar with the original It movie, based on the works by Stephen King. Now, it’s getting a reboot for the new generation of moviegoers. Here’s the official description:

In a small town in Maine, seven children known as The Losers Club come face to face with life problems, bullies and a monster that takes the shape of a clown called Pennywise.

We’re always a bit skeptical of horror movie remakes because they typically don’t live up to the originals. But, admittedly, the first image of Pennywise the clown does look delightfully creepy. 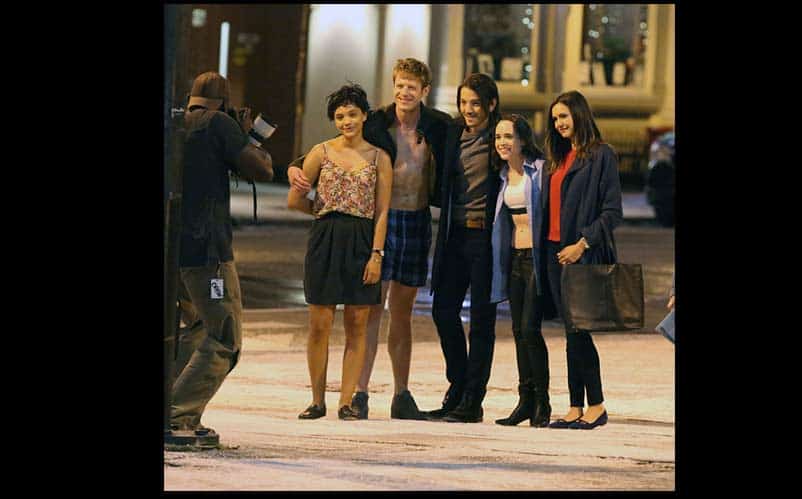 The Flatliners remake will follow the story of medical students who experiment on “near death” experiences involving past tragedies until the dark consequences of doing so begins to jeopardize their lives. The film has some notable names attached to it, including Ellen Page, Kiefer Sutherland, and Diego Luna, as well as director Niels Arden Oplev, best known for The Girl with the Dragon Tattoo and Dead Man Down. 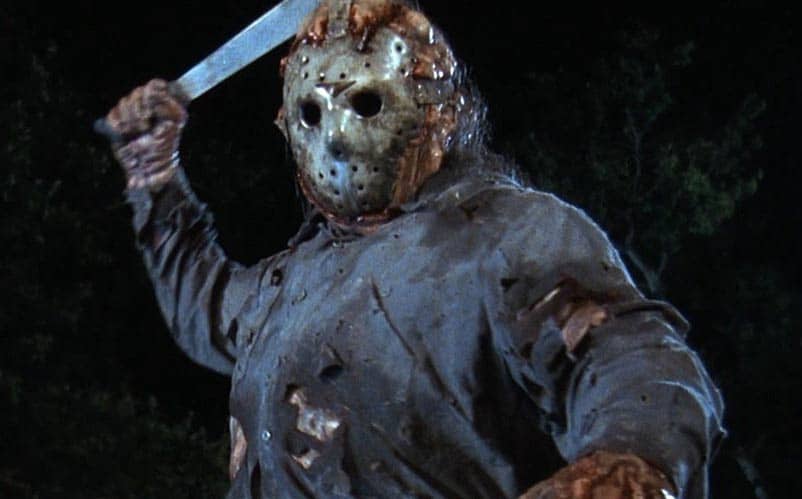 Little information is currently known about the upcoming Friday the 13th movie, but we’re told (by producer Brad Fuller) that they’re toying with the idea of exploring Jason’s supernatural side (i.e. why he gets killed in every movie yet comes back alive in the next one). It’s certainly an intriguing concept that we’d like to see explored. Hopefully, we’ll learn more about the project soon and have something more concrete.

The plot for Saw: Legacy is unknown. 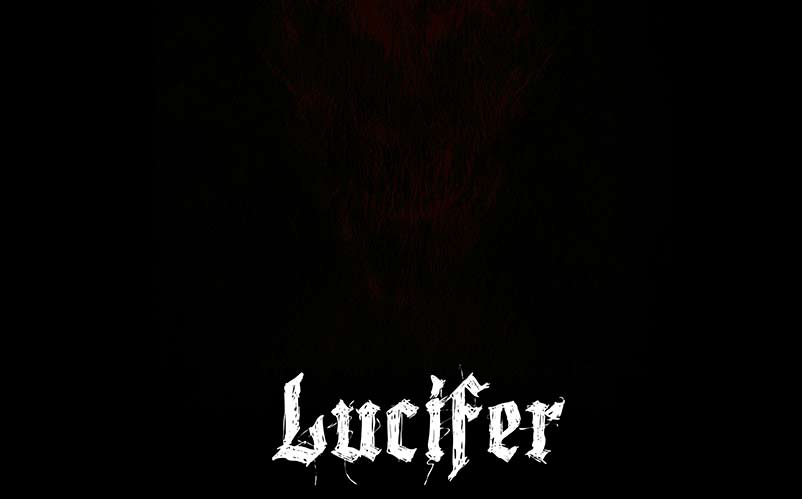 We’re still wondering if this Lucifer movie is still even coming, and if it does, will it keep the plain name? The plot follows a young caretaker who believes her family is being tormented by Lucifer after she agrees to write a story of a patient haunted by the relentless demon. 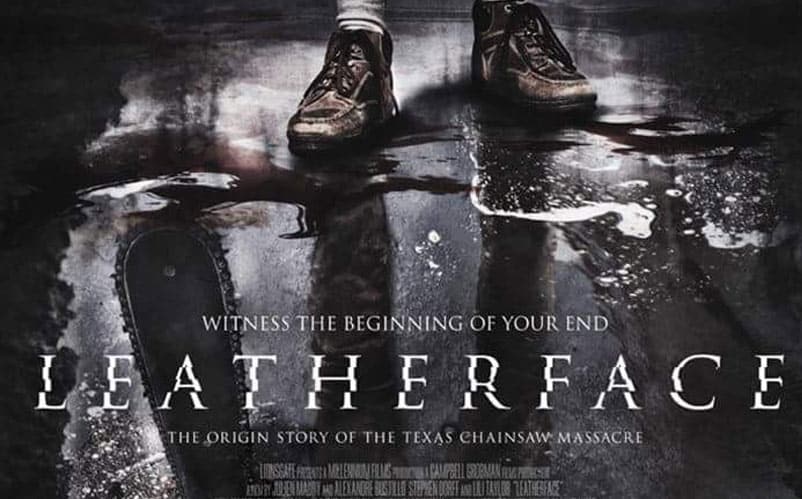 The Leatherface prequel movie is a cool concept. It’ll follow a teenage Leatherface after he escapes from a mental hospital with three other inmates. While kidnapping a young nurse and taking her on a hellish road trip, they find themselves being hunted by an equally deranged lawman seeking revenge. The film will star Stephen Dorff as the Texas Ranger on the hunt and Nicole Andrews as the kidnapped nurse.

Thanks to Bloody Disgusting, we learned that we’ll meet Sally and Franklin’s father in the upcoming horror reboot. 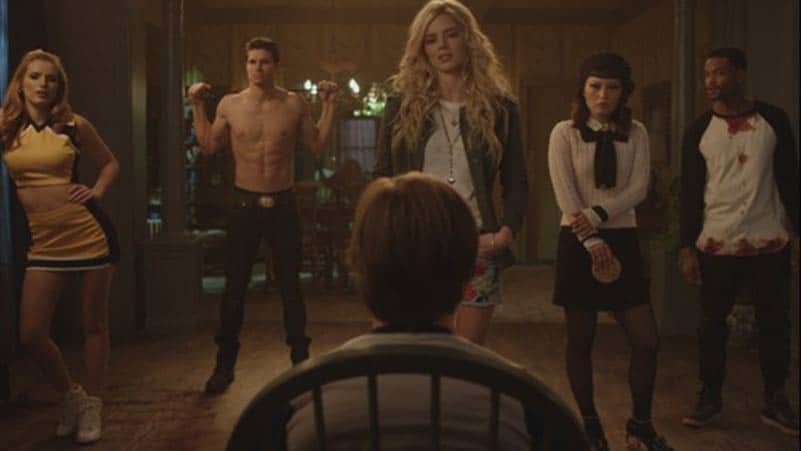 The Babysitter involves a boy, Cole, who is madly in love with his babysitter, Bee. After staying up late one night to creep on her, Cole finds out that Bee’s secretly a cold-blooded killer who’s in a league with the Devil. But Bee and her crew of cold-blooded killers are aware they’re being watched, and they’ll stop at nothing to prevent Cole from spilling their dark secret, tasking Cole with surviving the night. It’ll star The Flash‘s Robbie Amell, so there’s that. Hopefully, we’ll learn more about the movie soon, but we’re told it has more of a horror comedy vibe than a straight up horror film.

Our favorite murderous toy doll will return at some point in 2017 in Cult of Chucky, which is written and directed by Don Macini (the man behind the previous two Chucky movies). Cult of Chucky will get an unrated direct-to-home video release with a Blu-Ray, DVD, and Digital HD version. The film will follow Fiona Dourif’s character as she’s been locked in an insane asylum after being wrongfully convicted for the murder of her entire family (the crime which good ole’ Chucky, himself, actually committed). Her therapist introduces Chucky as a new therapeutic tool, which coincidentally, begins a string of grisly deaths in the asylum. Chucky will bring along Tiffany, his beloved bride, to help reign terror.

Patricia Trish Jenner comes together with witnesses to a murdering spree by the winged flesh-eating monster we’ve all come to love over the years. They’ll attempt to end his horrific killing once and for all. 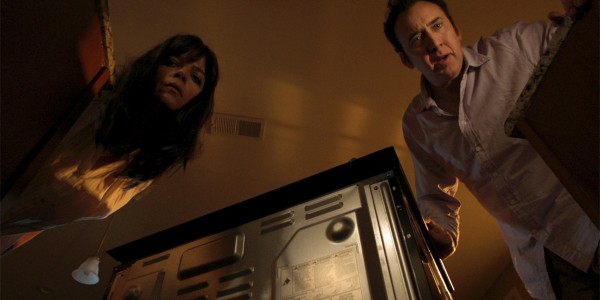 At some point in 2017, we will be blessed with a Nicolas Cage horror movie by the name of Mom and Dad, stemming from director Brian Taylor (Crank, Gamer). Mom and Dad will follow a teenage girl and her little brother as they try to survive during a crazed 24 hours in which a mass hysteria causes parents to violently turn on their own kids. So in other words, Nicolas Cage killing kids.

A shark horror movie of sorts. Cage Dive will follow three friends who are filming an audition tape for an extreme reality game show in which they’re shark cage diving. Things go wrong, turning their recording attempt into a bloodbath in great white infested water.