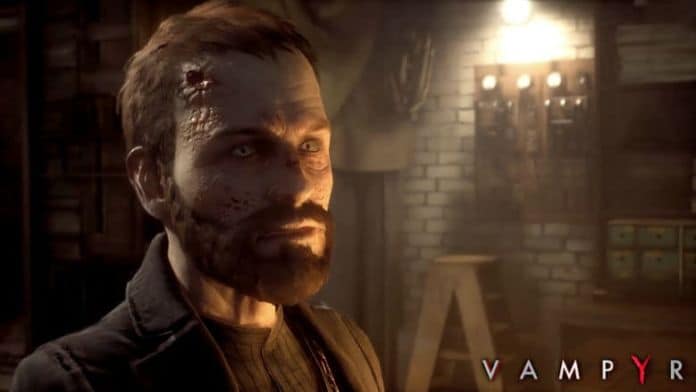 Dontnod Entertainment and Focus Home Interactive released their vampire based action RPG Vampyr in June to great success. Even we here at Nerd Much? raved about it in our review. Apparently, Dontnod’s new IP caught the attention of those in the television industry, too. Fox 21 Television Studios has announced that they’ve acquired the rights to a Vampyr TV series.

The game revolves around the story of Dr. Jonathan Reid and his plight following his recent transformation into a vampire. As a doctor, Reid strictly follows his code of ethics. However, his thirst as a newborn vampire proves to be difficult on the morals he tries to live by.

Critics praised the storytelling in the game upon its release. Providing a fantastic narrative is something Dontnod Entertainment has hung their hat on for a while now, as seen in their other renowned franchise Life is Strange. CEO of the studio, Oskar Guilbert explains why a Vampyr TV series is a no brainer:

“We believe it is a fantastic premise for a television show. This is a new and exciting way for fans of the game, as well as the uninitiated, to enter and engage with Vampyr’s rich, deep story. We cannot wait to see how the talented team at Fox 21 will bring out the darkly atmospheric universe of our game into television.”

“We are delighted to partner with Fox 21 for the adaptation of Vampyr into a TV series. Dontnod has created a uniquely dark, immersive world with deep narration, which has made Vampyr already a modern video game classic. We cannot wait to see Fox 21 bring all of their talent and experience in launching a TV show that will allow an even wider audience to discover the fantastic universe of Vampyr.”

Fox 21’s acquisition and plans to create a Vampyr TV series is just the first of many steps to come. We’ll have to wait and see if momentum continues and the possible series eventually makes it to the screen. Until then, Vampyr is available to play on PlayStation 4, Xbox One and PC.

Previous articleMeural Canvas: Smart Art for Your Home
Next articleSpyro Reignited Trilogy Delayed
Jeff Scott
Growing up a 90's kid, Jeff found his love for gaming during Nintendo's heyday. Because of that, you could (perhaps sadly) call him a "Nintendo Fanboy" to this day.