Vampyr Web Series Begins with a Look at the Monsters 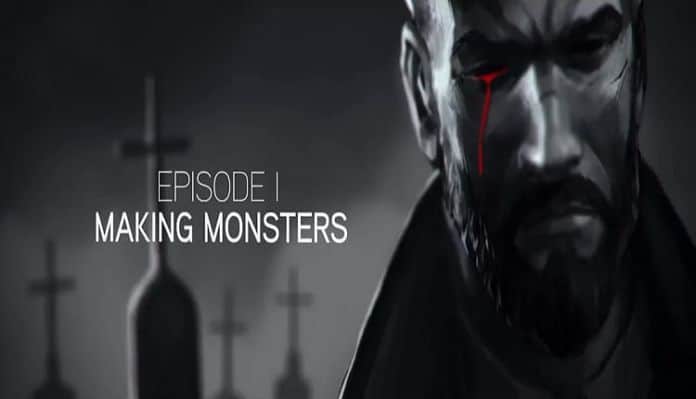 As promised, DontNod Entertainment has opened the doors to the masses to showcase some behind the scenes work on their upcoming title Vampyr. The first installment of their four-part web series focuses on the horrific underground world, and the creatures that inhabit it, after Dr. Reid becomes one of them himself.

Entitled Making Monsters, our look inside DontNod shows us how they did just that. Philippe Moreau, Game Director on Vampyr, opened the clip by describing why his team chose vampires over other forms of creatures:

“What interests me about vampires compared to other supernatural creatures like werewolves or ghouls, is that the vampire is self-aware of their nature as a creature, a predator. They are intelligent. This is intriguing for me, because we can use this notion of dilemma, of moral choice, with the vampire figure.”

“Jonathan is a brilliant doctor, conducting heavy research into blood transfusion techniques. When he returns to England at the end of the war, he’s mysteriously turned into a vampire by a stranger. Of course, at this point he has no idea of what he has become. It is very interesting for us to present a character convinced science can explain everything, who suddenly becomes a supernatural creature himself. He must face the fact that darkness actually exists, the supernatural exists, forcing him to revise his whole perspective on the world.”

DontNod looks to subvert standard videogame archetypes. As Dr. Reid, a vampire with a moral compass, you’re forced to acknowledge the fact that you are actually killing individuals for your own needs. Beauverger puts its plainly when he says “We want players to always question themselves about the fact they are about to take a life.”

In the game’s mythos, the word “vampire” doesn’t actually exist. The traditional form of vampire call themselves “Ekons.” There are other forms of vampires though too.

Vulkods are another branch of the creature. However the Vulkods are much more “bestial, primitive vampires.” They are extremely aggressive and heavily territorial.

“Skals” are another form, which are vampire that remain hidden in caves and the sewers of the city. They often hide due to their gross disfigurations that are likely caused due to complexities brought on by the Spanish flu.

DontNod considers Vampyr to be a AA game due to its “medium budget.” The developers state that this is a blessing, enabling them to have more creative freedom in their art, thus trying more things and taking more risks.

If you aren’t interested in the behind the scenes aspect of the web series, there is still a ton of new footage to clean from the new video. You should check it out if you’re interested in the game at all. Vampyr is scheduled to release this spring.

Previous articleBlack Mirror Black Museum Episode Analysis
Next articlePUBG Tips: 10 WORST Things To Do in the Final Circle
Jeff Scott
Growing up a 90's kid, Jeff found his love for gaming during Nintendo's heyday. Because of that, you could (perhaps sadly) call him a "Nintendo Fanboy" to this day.