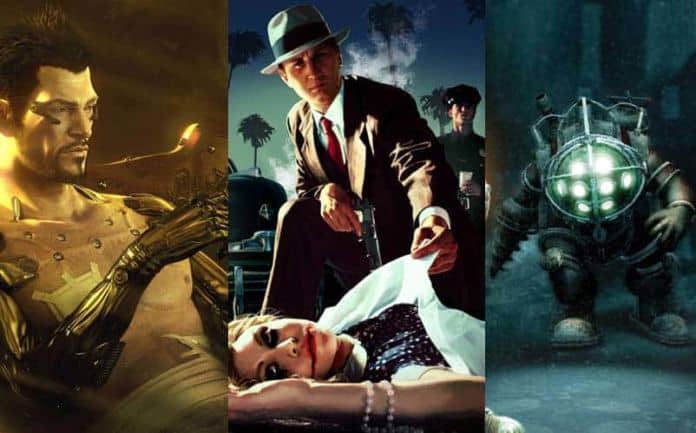 When it comes to music and video games, it’s rare that we intersect them beyond the actual score or ambiance. Sure, there are some music-based games such as Rock Band or Guitar Hero, but as a whole, a music-focused video game is still fairly rare.

With games pushing out into other mediums more and more, stage plays and musicals are no longer out of the realm of possibility. Even now, Capcom is putting together a musical based off of the horror franchise Resident Evil. Before we continue, it’s important that we acknowledge the pure silliness that is about to take place. Yet, how do we determine what video games would make a great musical? It should be noted that in this list, we will not be using franchises based around a musical style such as Parappa The Rapper (since that would take all the fun out of this list).

However, we need to identify what qualities we are looking for when considering a video game for a music-based production. A strong story, specifically an easy to follow narrative that is simple to understand, but can have layers of depth for those willing to look. You have to remember that most of the story, itself, will be explained through about 13-20 songs, so having to add an excessive amount of backstory or lore would bog the production down. This also goes for any musical that is spanning a completely fictional epic, as they seldom work; so in the interest of plausibility, we won’t be including massive, world-spanning franchises — sorry Halo fans.

We are looking for stories that not just gamers would enjoy, but also the bus of tourists who’ve had their heads cocked at a nice 45-degree angle for most of their trip in NYC. In terms of music, we will be including a few other broadway productions as examples for what style each video game would go for if it were to be told through song. Finally, the production will be essential when considering what titles will be added to our list, as sets, costumes, lighting, etc must be realistic in terms of scale. As much as I’d love to see what a musical-based Legend of Zelda would be like, the constant change in sets would be quite a burden.

Now that we have our fundamentals, let’s look at seven video games musicals we’d want to see (Note: these are in no particular order):

Portal is arguably one of the most beloved franchises in the modern gaming era, as witty characters, memorable dialogue, and challenging puzzles made it feel wholly unique. Translating this game into a musical actually seems like a no-brainer, as the setting alone would make for a unique experience for viewers. However, we would be looking at a story before the games actually take place, as the creation/inception of Aperture Science would make for quite an amusing story. Characters such as GLaDOS and Cave Johnson could easily carry the story forward into an amusing and entertaining way. In terms of music, certain Broadway productions to look at for inspiration would be Something Rotten and Avenue Q. 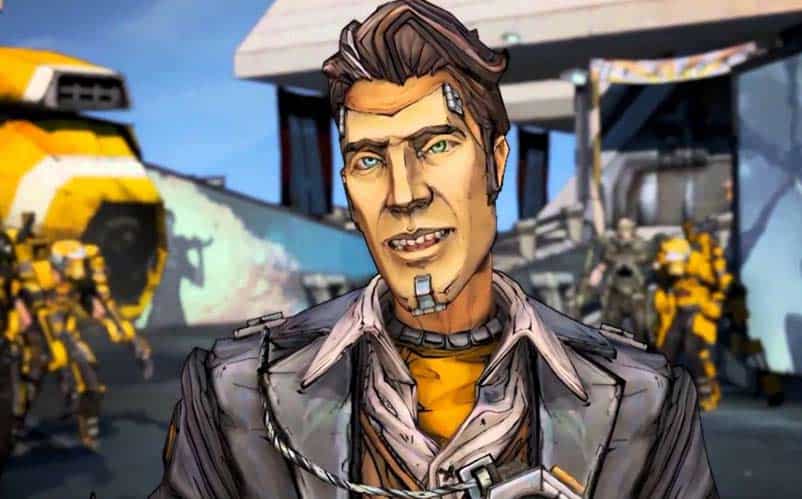 Borderlands is a series that has taken on quite a life of its own, with multiple series in the core franchise along with a highly successful spin-off game developed by Telltale. It’s clear that this franchise is more than just an addictive FPS/RPG, as the zany, brutal world is unforgettable. Now, I know I mentioned that set production would be an issue for titles that span massive, varied backdrops, but hear me out on this one. The best thing about Borderlands is that the backdrop offers so many unique and interesting stories to tell, so we would not need to focus on just what the games have dictated. Perhaps a narrative about the creation of the vault, Handsome Jack’s life, or who the sirens really are. There’s a wealth of possibilities that could make for an entertaining experience once put into song. Broadway productions to look at for inspiration would be Spamalot and Book of Morman.

The Last of Us 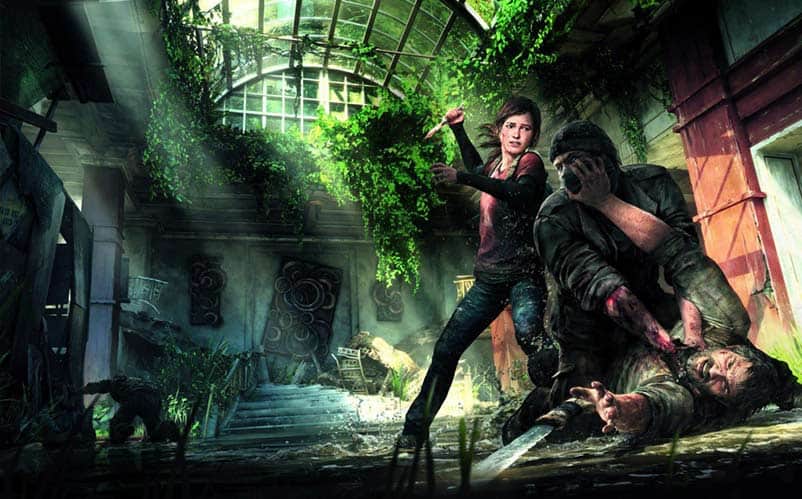 Perhaps you want to feel utterly depressed once you leave a musical then look no further than the soul-crushing experience that is The Last of Us. It’s a game that has a lot to say, yet packages it in the familiar setting of a viral outbreak that has devastated the world. Characters like Joel and Ellie are relatable and could easily carry the weight of a story on their shoulders. Now, it wouldn’t have to follow the actual story of the game, but personally, I feel it would be best if the musical did. The story can be easily shaved down for a two-hour production and set changes wouldn’t be too extreme. Given that a musical is a two-act structure, each act could be two seasons and help explain the passage of time. Now the score would probably need to be along the lines of productions like Spring Awaking, where the music is meant to only enhance the foreboding nature of the story. Don’t bring the kids to this one! 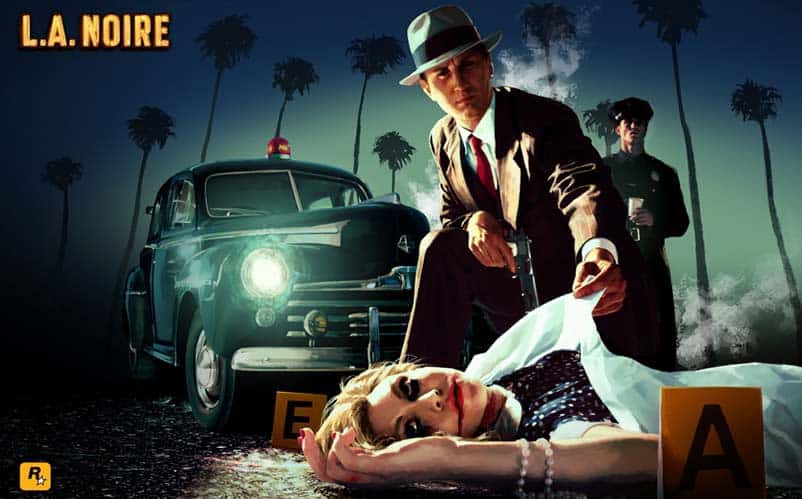 Who doesn’t love a dark, jazzy tune about betrayal, crime, and what a man will do to protect his city? Okay, maybe not everyone, but it certainly makes a great setting for a musical. Much like The Last of Us, a broadway production of this video game would probably follow much of the core story itself. Though the narrative would have to be cut down quite drastically given how long L.A. Noire actually is. Music would be focused around jazzy tunes and powerful songs about the confliction of humanity, returning from war, and just tracking down an insane genius. Costuming would be quite easy given the period of time and it could make for a fun distraction from the hustle and bustle of our modern era. 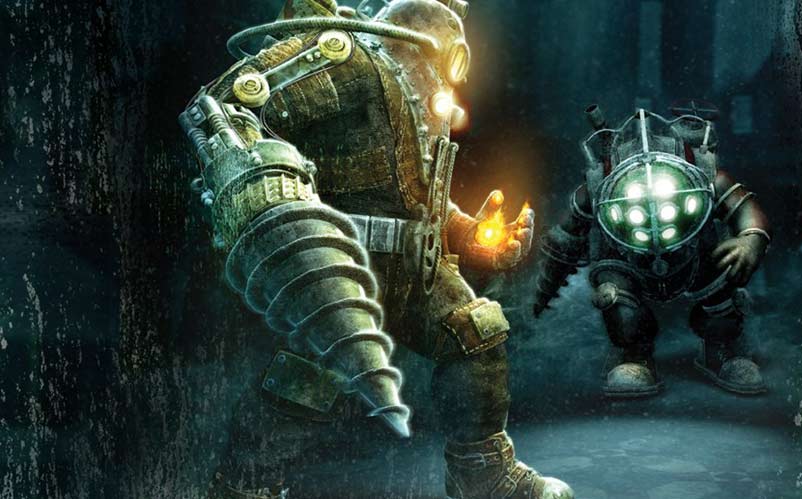 Out of all the choices in this list, Bioshock is arguably one of the most feasible for making a great stage play. The setting wouldn’t require as much work, especially since the majority of the musical would take place indoors. Instead of following the story of either game, we should look to the excellent prequel novel by author John Shirley. Looking to its actual inception and creation could lay the foundation for a fantastic tale following the exploits of Andrew Ryan.  Giving a mix of dark humor and dramatic themes, Bioshock offers deep narrative themes in a fairly easy to understand story that makes for an easy transition. Of course, it would make a better television series first, but the stuck in time city of Rapture can easily capture tourists imaginations. Much like L.A. Noire, jazz/swing tunes would define this story, much in the way of Chicago — different kind of fishnets, though. 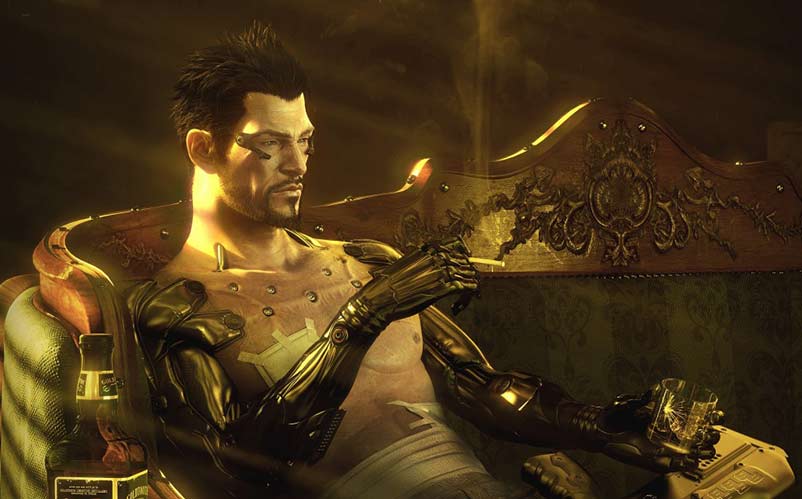 Looking at something completely different, the world of Deus Ex has the ability to bring a completely different atmosphere to Broadway. Cyberpunk, or even sci-fi, is not explored really at all when it comes to musicals which allows Deus Ex a bit of an edge. There isn’t much it could be compared to, thus allowing for more creative and musical freedom when it comes to songs and structure. Adam Jensen makes a fine lead character, as his iconic design and emotional struggles could easily form the backbone to this story. Lighting and sounds would be key in bringing the futuristic city to life, along with the costumes. It could easily become another Spiderman-esc disaster, but there is enough flexibility there to bring the story to life on stage. Obviously, the music could be a combination of electronica and more traditional heart-wrenching songs. 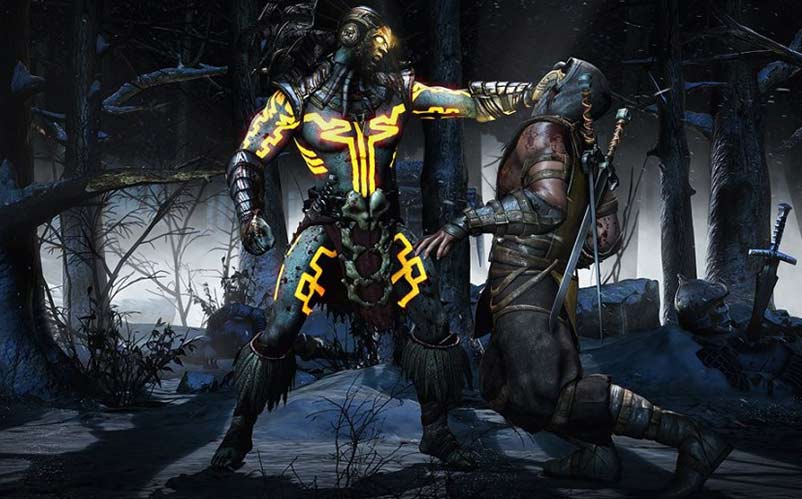 Okay, okay, okay — this is obviously the craziest idea on our list. I mean, whose going to pay to see a musical version of an epic, realm spanning battle? Truthfully, this is a bit crazy, but since the incredible success of Hamilton, one particular song caught my attention and got me thinking. If Hamilton can make cabinet meetings entertaining, why couldn’t Mortal Kombat be translated into rap battles? Again, we are stretching with this conception, but it would be quite hilarious. As a series that is based off overly colorful fighters beating the hell out of each other, why not swap words for fists? It’s not like the story for MK isn’t interesting in its own right, though the setting and costumes would obviously be the biggest challenge. The idea of seeing Raiden have a rap battle against Shao Kahn is too amusing of an idea of to pass up.

What game do you think would make a great musical? Is it even possible for a game to be translated for Broadway? Be honest, you want to see a Mortal Kombat rap, right?