In an interview The Guardian, Michael Hirst revealed a new show that he is working called The Caesars. He will be working with Martin Scorsese to produce the show. Scorsese is known for his work on some of the most iconic films in history like Goodfellas and Taxi Driver. 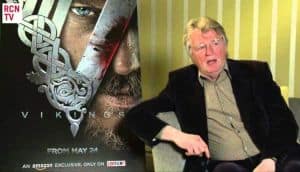 The Caesars will focus on Julius Caesar as a young man, something that has not really been done before. Julius has a lot to do when he was younger, he did not just once day become Caesar, make some sexy political moves, and get assassinated. There is far more to the story.

As Hirst points out, “in the movies he’s usually a middle-aged guy, struggling with political complexities.” This will not be a historically accurate dramatization, however, Hirst states that “just like Shakespeare’s history plays, they only start with some historical facts, then the drama takes over. You can’t have both.”

Hirst looks forward to working with Scorsese, mainly because of the man’s talent and the actors that want to work with him. Hirst does not name any actors in particular, but “we’ll be casting a lot of young actors.” Apparently, Scorsese has been wanting to make an Ancient Rome TV drama for ages and “he genuinely loves the period and knows a lot about it.”

If only to prove this, Hirst explains that Scorsese and historical advisor Justin Pollard “chatted, partly in Latin, about sources for the stories and Roman poetry.” Essentially, these two history buffs needed out over Roman history and could not resist dipping into a little Latin to really get the conversation going.

If you are worried that Hirst may not treat the character Julius with the respect story deserves, then look no further than his show, Vikings. Critics in Scandinavia have praised the show for its stunning accuracy and how it inspired so much interest in Viking history.

Would you watch a show about the early life of Julius Ceasar? Let us know in the comments below!