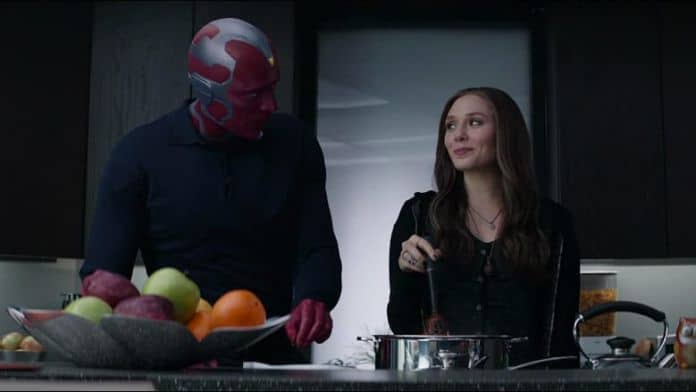 If certainly seems as though Disney+’s Vision and Scarlet Witch show is more a matter of when than if at this point. We first began hearing rumbles of the potential series back in September. And now, just a few months later, a showrunner has been official brought aboard the ambitious project.

The Hollywood Reporter has sources stating that Jac Schaeffer, who is already a part of the Marvel Cinematic Universe family, has been tapped to write and showrunner the upcoming Vision and Scarlet Witch show. Schaeffer’s prior work in the MCU includes a writing credit for the highly anticipated Captain Marvel which will premiere in March.

You may have heard Schaeffer’s name connected to the MCU outside of her work on Captain Marvel though. The writer was also rumored to be developing a script for a potential Black Widow movie. A flick that will reportedly earn Scarlett Johansson a ton of cash.

As for what the Vision and Scarlet Witch show will revolve around, no one knows publicly. The series will likely revolve around the complicated dynamic of a pair of Avengers being in love. Which is then compounded by the fact that one of them is an android.

Another great question is when the Vision and Scarlet Witch show will take place within the Marvel Cinematic Universe timeline. The two obvious choices would be sometime between Captain America: Civil War and Avengers: Infinity War, or after the events of Avengers: Endgame.

We don’t know what the MCU landscape will look like following the events of Endgame. But we could theorize that a show revolving around the two characters prior to Infinity War would focus on the two trying to live a life of their own – just as we saw in the early portion of Infinity War.

Disney will be detailing exactly what we can expect from their Disney+ streaming service later this year. Hopefully once that happens, we’ll get all the details we’re looking for on this exciting limited run series.